They aren't even getting close. 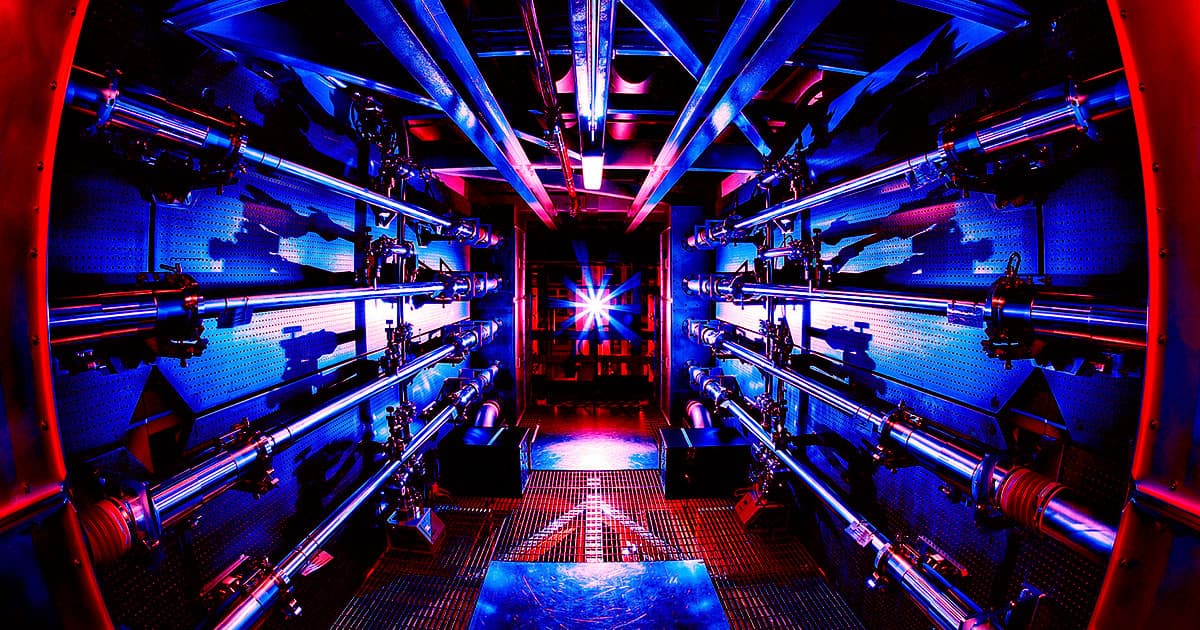 Last year, researchers at the National Ignition Facility (NIF) in California announced they had achieved a major breakthrough: they produced fusion energy by heating up a peppercorn-sized sample of two hydrogen isotopes well past the temperature of the Sun's core using a massive laser, a process known as inertial fusion.

At the time, scientists called it "a huge advance for fusion and for the entire fusion community" and "the most significant advance in inertial fusion since its beginning in 1972."

"To me, this is a Wright Brothers moment," Omar Hurricane, chief scientist of the NIF's inertial fusion program, told CNBC at the time.

Just under a year later, and a sobering reality has set in: follow-up experiments attempting to recreate the landmark achievement are falling far short of expectations, Nature reports, forcing the researchers involved to take a step back and reevaluate the entire thing.

In fact, according to that reporting, their best results since have only managed to get to 50 percent of the energy that last year's landmark experiment produced.

It's an unfortunate setback that goes to show just how far we are from creating a perfectly sustainable and green source of energy by fusing atoms together. And that's despite a series of purported breakthroughs and billions of dollars in funding — the laser device at the NIF itself, for instance, cost an eyewatering $3.5 billion to develop and build.

"The fact that we have done it is kind of existence proof that we can do it," Hurricane told Nature. "Our issue is doing it repeatedly and reliably."

Hurricane and his colleagues are now desperately looking for why they aren't able to recreate these numbers. Back in October, trials only yielded anywhere between 400 and 700 kilojoules of energy, according to Nature.

In other words, the technology is still in its infancy and is extremely difficult to predict.

And that doesn't bode well for the future of the NIF's inertial fusion program.

"I think they should call it a success and stop," Stephen Bodner, a physicist, who headed a similar program at the US Naval Research Lab, told Nature.

READ MORE: Exclusive: Laser-fusion facility heads back to the drawing board [Nature]

More on fusion energy: Startup Says It's Honing in on Simple Solution for Practical Fusion Power

Read This Next
Fusion Futility
Elon Musk Slams Fusion, Says Future of Energy Is Wind and Solar
Smashing Atoms
Startup Says It's Honing in on Simple Solution for Practical Fusion Power
Smashing Nuclei
Fusion Scientists Say They Just Made a Major Breakthrough
Corvid Pandemic
Silicon Valley City to Use Cheapo Lasers to Fight Invasion of Furious Crows
Fusion Update
Chinese Scientists Say They've Discovered Cheap New Way to Do Nuclear Fusion
More on Earth & Energy
Going Hydrogen
Dec 2 on the byte
Airbus to Strap Hydrogen Fuel Cell Engine to Massive Superjumbo Jet
Wolfenstein
Dec 1 on the byte
A Brain Parasite Is Making Wolves Into Pack Leaders, Scientists Say
LED Down the Wron...
Dec 1 on the byte
Defective LED Streetlights Are Turning the Night Purple
READ MORE STORIES ABOUT / Earth & Energy
Keep up.
Subscribe to our daily newsletter to keep in touch with the subjects shaping our future.
+Social+Newsletter
TopicsAbout UsContact Us
Copyright ©, Camden Media Inc All Rights Reserved. See our User Agreement, Privacy Policy and Data Use Policy. The material on this site may not be reproduced, distributed, transmitted, cached or otherwise used, except with prior written permission of Futurism. Articles may contain affiliate links which enable us to share in the revenue of any purchases made.
Fonts by Typekit and Monotype.