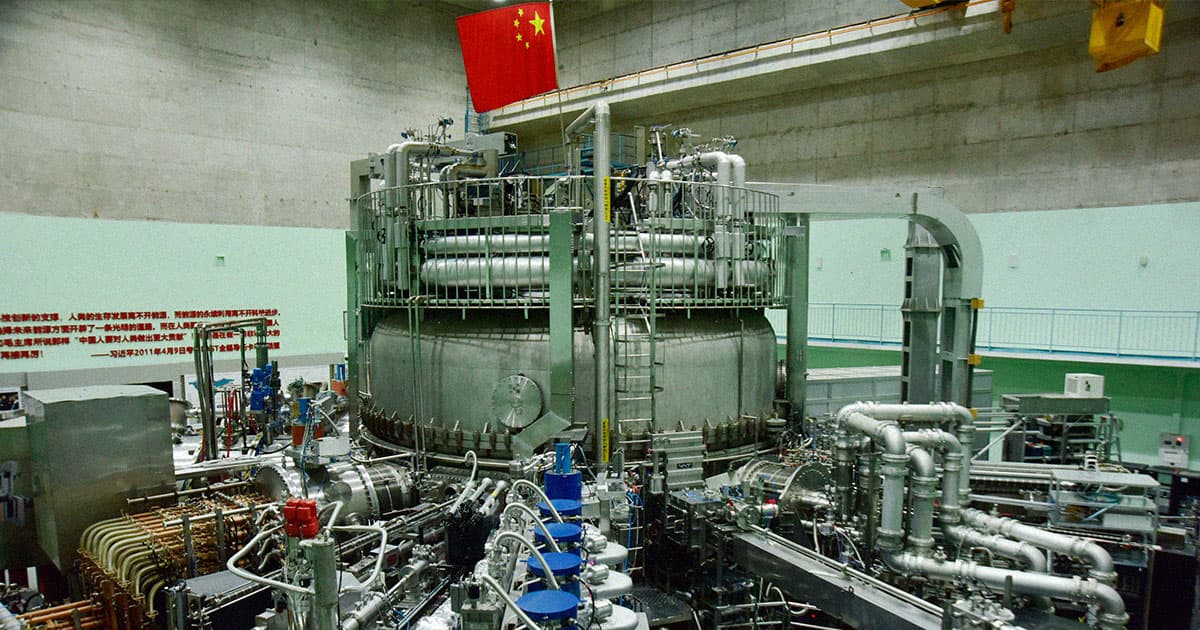 The reactor was 10 times hotter than the core of the Sun for more than 17 minutes.

The reactor was 10 times hotter than the core of the Sun for more than 17 minutes.

A Chinese fusion reactor just completely demolished its own record.

The Experimental Advanced Superconducting Tokamak (EAST) fusion reactor was able to sustain a plasma temperature of 120 million degrees Celsius for 1,056 seconds, according to a release from the Chinese Academy of Sciences. This smashed its previous record of 101 seconds, set last spring, by a full 1,000 percent.

The team behind the reactor is a part of the Institute of Plasma Physics at the Chinese Academy of Sciences (AISPP), and achieved the record in late December.

"ASIPP has a perfect team," Professor Yuntao Song, director-general of ASIPP, said in the release. "We will face up to difficulties no matter how hard it is!"

This marks another massive milestone for the EAST reactor. Dubbed the "artificial Sun," the reactor is able to partly replicate the natural nuclear fusion process of stars. Researchers hope that it could eventually lead to sustainable, clean energy production.

The length that the EAST reactor can hold the high plasma temperatures is key. Fusion reactions need to be self-sustaining, and superheated plasma could be used to eventually create a self-sustaining reaction.

So we’re still likely a while off from commercial fusion power, even if some experts believe it’s just around the corner. Regardless, it’s cool to see China break record after record in the international race to create sustainable fusion power.