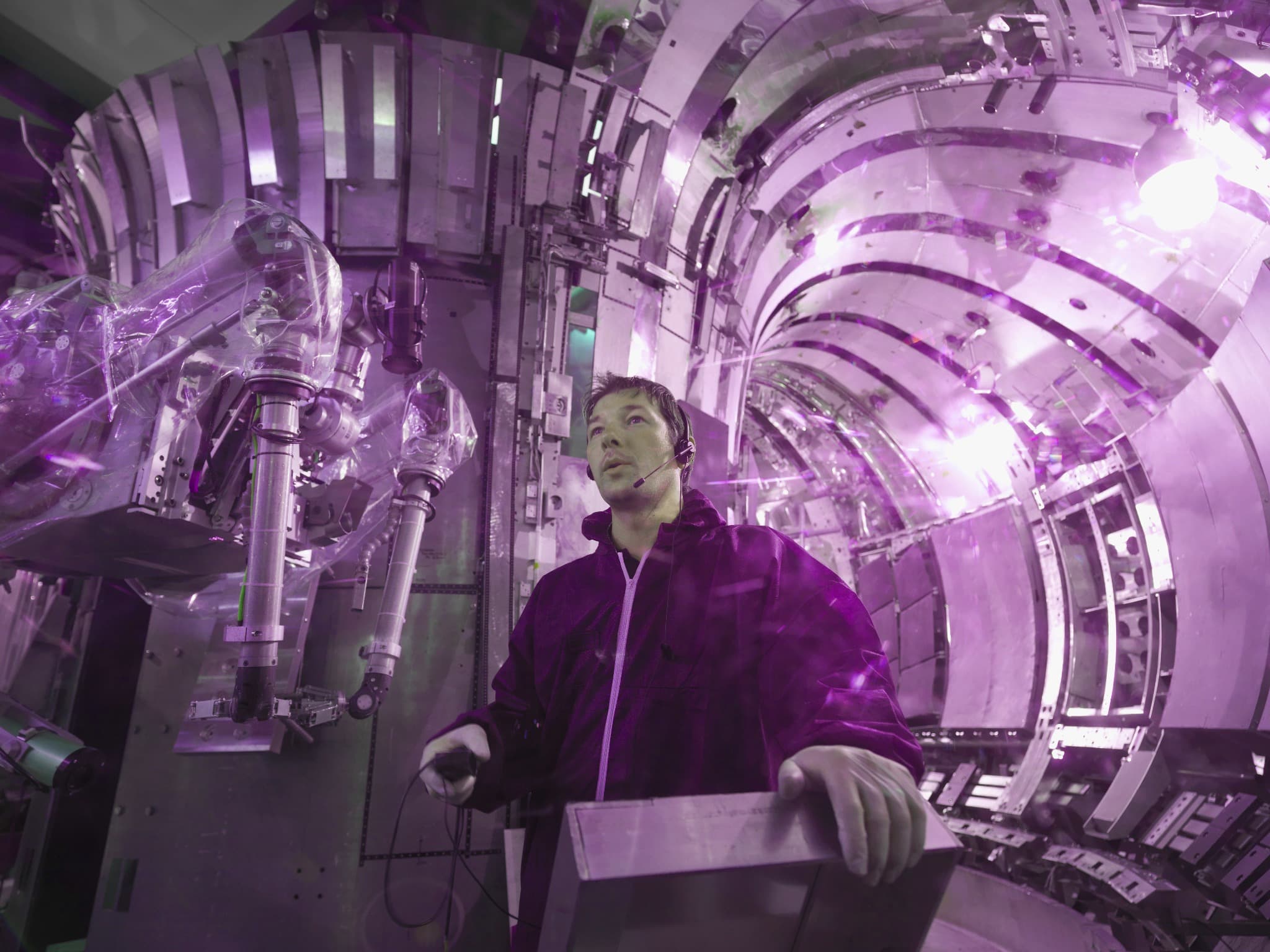 It's so close we can almost taste it.

It's so close we can almost taste it.

If it sounds too good to be true, it probably is, right? Normally we'd say yes, but experts around the globe say nuclear fusion power, which holds the promise of clean and virtually limitless electricity, could be just around the corner. After nearly six decades with many promises but few results, new advancements may finally tip the scale, according to the Financial Times.

There could be many benefits to nuclear fusion. Unlike nuclear fission it would create little waste and, as far as we know, could never result in an accident like Chernobyl. Insert a side-eye here for plans to dump radioactive water into Cape Cod Bay and the Pacific.

Besides being cleaner, fusion would just be way more effective. The FT reports that one glass of the fuel it would use has the energy potential of one million gallons of oil, and could power a home for 800 years. Can you imagine holding 800 years of electricity in one hand?

The problem, of course, is that the tech is notoriously difficult to stabilize. No venture, public or private, has yet managed to build a fusion reactor that produces more power than it consumes.

We're a little too seasoned to get our hopes up just yet, but if nuclear fusion becomes a reality, it could play a substantial role in saving the planet. Climate change, green and renewable energy, less waste — it's all in the nuclear fusion promise.

Let's hope investors like Altman stick it out until we see it through.

More on saving the Earth: Our Climate is Changing Rapidly. It's Time to Talk About Geoengineering

Fusion Force
China Announces Plan for Hybrid Fission-Fusion Power Facility
Sep 17
Read More
It’s Getting Hot In Here
China's "Artificial Sun" Fusion Reactor Just Set a World Record
5. 29. 21
Read More
Bad Leak
An Underground Tank Is Leaking Massive Amounts of Radioactive Waste
4. 30. 21
Read More
+Social+Newsletter
TopicsAbout UsContact Us
Copyright ©, Camden Media Inc All Rights Reserved. See our User Agreement, Privacy Policy and Data Use Policy. The material on this site may not be reproduced, distributed, transmitted, cached or otherwise used, except with prior written permission of Futurism. Articles may contain affiliate links which enable us to share in the revenue of any purchases made.
Fonts by Typekit and Monotype.