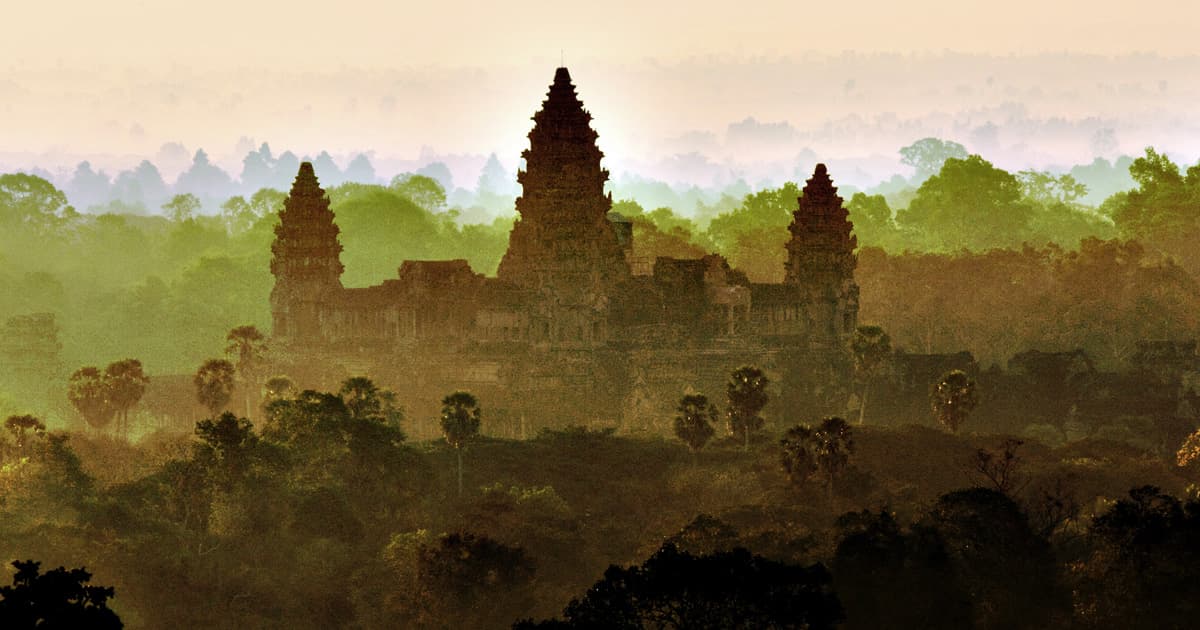 A Huge "Magnetic Anomaly" Struck One Geographic Spot, Hundreds of Years Ago

An international team of researchers dug through hundreds of years worth of data about the Earth's magnetic field — and found something strange.

The team found a "magnetic field anomaly" in Southeast Asia roughly 800 years ago, a discovery that could help scientists better understand the future behavior of our planet's magnetic field. In fact, there is a non-zero chance that we are headed towards a flip of the Earth's magnetic field. While unlikely to happen in our lifetimes, such an event could pose a significant threat to life on Earth.

By analyzing special iron objects, known as Tonle Bak, fabricated between the 11th and 14th century in modern day Cambodia, part of the Khmer Empire at the time, the team was able to glean a perfectly preserved record of the magnetic field in the area.

Looking at the data, the magnetic field in the continent changed direction by almost .05 degrees and inclination from about 30 to just five degrees. The intensity of the field also dropped significantly.

The research could help scientists predict future geomagnetic shifts, although they have yet to discover the exact cause of what they refer to as a "flux expulsion."

"Understanding variations of the field in the past, especially during the Holocene, is helpful for deciphering modern geomagnetic behaviors or even predicting future variations," the team writes in their paper published in the  journal Proceedings of the National Academy of Sciences.

"The geomagnetic field contains information about interior dynamics of the Earth and is closely related to human beings on maintaining a habitable planet," the paper reads.

Life on Earth
Astrobiologists Suggest the Earth Itself May Be an Intelligent Entity
Feb 17
Read More
Wobble Wobble
Scientists: Uh, Earth Flipped Over On Its Side 84 Million Years Ago
10. 20. 21
Read More
The Earth’s Magnetic Poles Are Overdue for a Switch
1. 29. 18
Read More
+Social+Newsletter
TopicsAbout UsContact Us
Copyright ©, Camden Media Inc All Rights Reserved. See our User Agreement, Privacy Policy and Data Use Policy. The material on this site may not be reproduced, distributed, transmitted, cached or otherwise used, except with prior written permission of Futurism. Fonts by Typekit and Monotype.