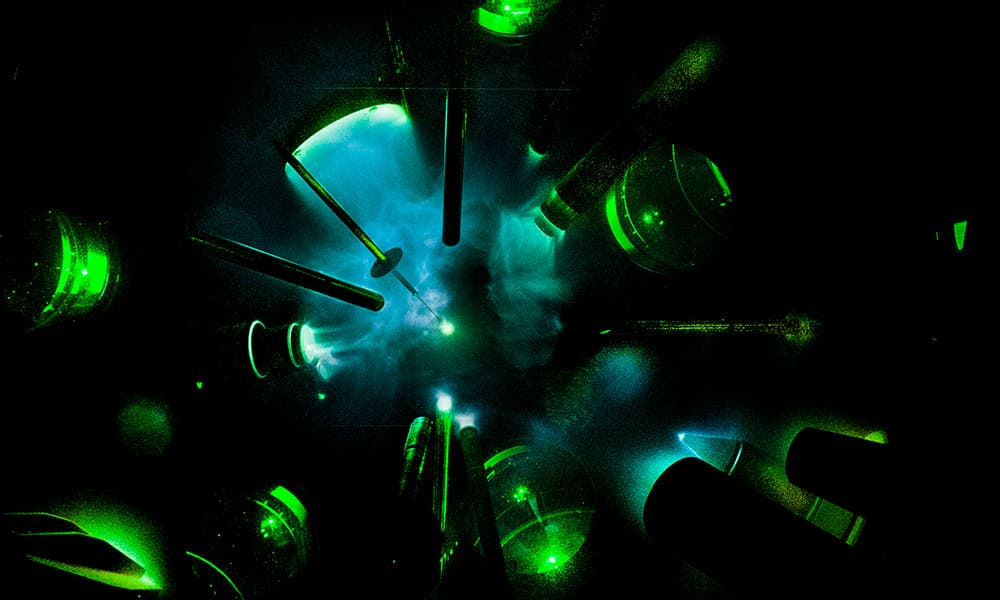 The next step: try again, but with a bigger laser.

The next step: try again, but with a bigger laser.

Fusion power — the process that keeps stars like the Sun burning — holds the promise of nearly unlimited clean power. But scientists have struggled for decades to make it a practical energy source.

Now, laser scientists say a machine learning breakthrough has smashed the standing record for a fusion power yield. It doesn't mean fusion power is practical yet, but the prestigious journal Nature called the result "remarkable" and wrote that it has "major implications" — so, at the very least, it's another hint that the long-deferred technology is starting to come into focus.

Scientists at the Massachusetts Institute of Technology and the University of Rochester blasted a deuterium-tritium pellet with 60 laser beams to turn it into plasma. The energy output of that type of experiment depends on delicate variations in how the lasers pulse, so the researchers fed fusion simulation data into a machine learning algorithm and used its suggestion in a real life experiment.

"This was a very, very unusual pulse shape for us," said Michael Campbell, the director of the university's Laboratory for Laser Energetics, in a blog post.

The result was promising: in a new paper, the researchers describe how it tripled the previous record for direct-drive laser fusion. The next step, the researchers say, is to try again with a bigger laser.

"We were inspired from advances in machine learning and data science over the last decade," said researcher Varchas Gopalaswamy in the blog post. His colleague Riccardo Betti added that the "approach bridges the gap between experiments and simulations to improve the predictive capability of the computer programs used in the design of experiments."

Net Gain
Physicists Say New Breakthrough Proves Fusion Power Is Possible
12. 13. 22
Read More
Good Neighbors
German Government Says It May Keep Nuclear Plant Open After All
7. 31. 22
Read More
Hurricane Season
Oops! Fusion Facility Keeps Failing to Recreate Last Year's "Breakthrough" Record
7. 25. 22
Read More
+Social+Newsletter
TopicsAbout UsContact Us
Copyright ©, Camden Media Inc All Rights Reserved. See our User Agreement, Privacy Policy and Data Use Policy. The material on this site may not be reproduced, distributed, transmitted, cached or otherwise used, except with prior written permission of Futurism. Articles may contain affiliate links which enable us to share in the revenue of any purchases made.
Fonts by Typekit and Monotype.