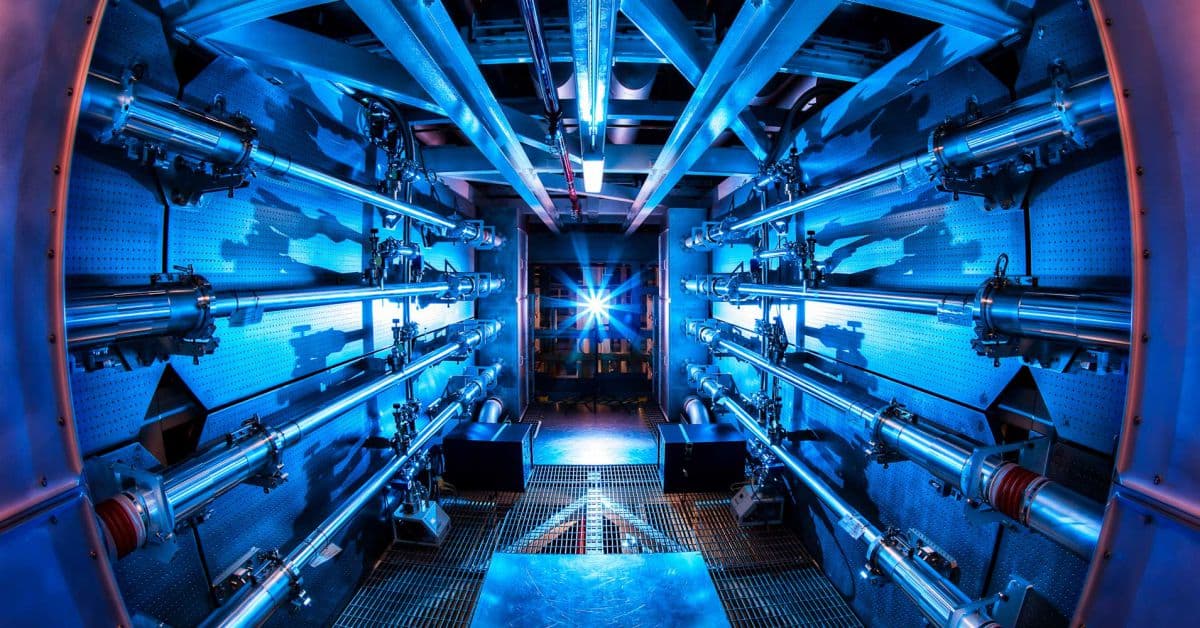 One promising approach to nuclear power is a type of reactor called a tokamak, which uses powerful magnetic fields to trap super-heated plasma in a bagel-shaped torus.

An obstacle to making tokamak reactors viable is that the plasma gets extremely hot, reaching temperatures of up to 100 million degrees Celsius — as hot as the Sun. But according to Reuters, U.K. researchers say they've finally found a way to vent that heat safely.

The new exhaust system, which was developed by scientists at the U.K. Atomic Energy Authority, directs the plasma to travel in a longer path through the tokamak in order to cool down.

Then the cooler plasma will come into contact with a "sacrificial wall" — it wasn't clear from the Reuters report what it's made out of — designed to be replaced every few years as the plasma breaks it down.

The researchers hope the new exhaust system will be used at an experimental reactor in France called ITER. The international team working on ITER, which is scheduled to go live in 2025, hope that it will be the first reactor in history to produce net energy — which would be a meaningful step toward practical fusion power plants.

Read This Next
Smashing Nuclei
Fusion Scientists Say They Just Made a Major Breakthrough
Fusion Fuel
Scientists Now Testing Fuel for Giant New Fusion Reactor
Game of Renewable Thrones
Elon Musk: Fusion Will Probably Be More Expensive Than Wind, Solar
30 Years Away
Scientists Start Construction of World's Largest Fusion Reactor
Leaky Core
Scientists Found a New Way to Make Fusion Reactors More Efficient
More on Earth & Energy
Stem Ware
Yesterday on the byte
Scientists Discover World's Oldest Preserved Vertebrate Brain
From Bad to Worse
Thursday on the byte
Global Warming Is Worse Than We Thought, AI Tells Scientists
RIP Fred
Thursday on the byte
Instead of Predicting Length of Winter, Groundhog Simply Dies
READ MORE STORIES ABOUT / Earth & Energy
Keep up.
Subscribe to our daily newsletter to keep in touch with the subjects shaping our future.
+Social+Newsletter
TopicsAbout UsContact Us
Copyright ©, Camden Media Inc All Rights Reserved. See our User Agreement, Privacy Policy and Data Use Policy. The material on this site may not be reproduced, distributed, transmitted, cached or otherwise used, except with prior written permission of Futurism. Articles may contain affiliate links which enable us to share in the revenue of any purchases made.
Fonts by Typekit and Monotype.