Elon Musk says he's impressed by the research — with one major catch. 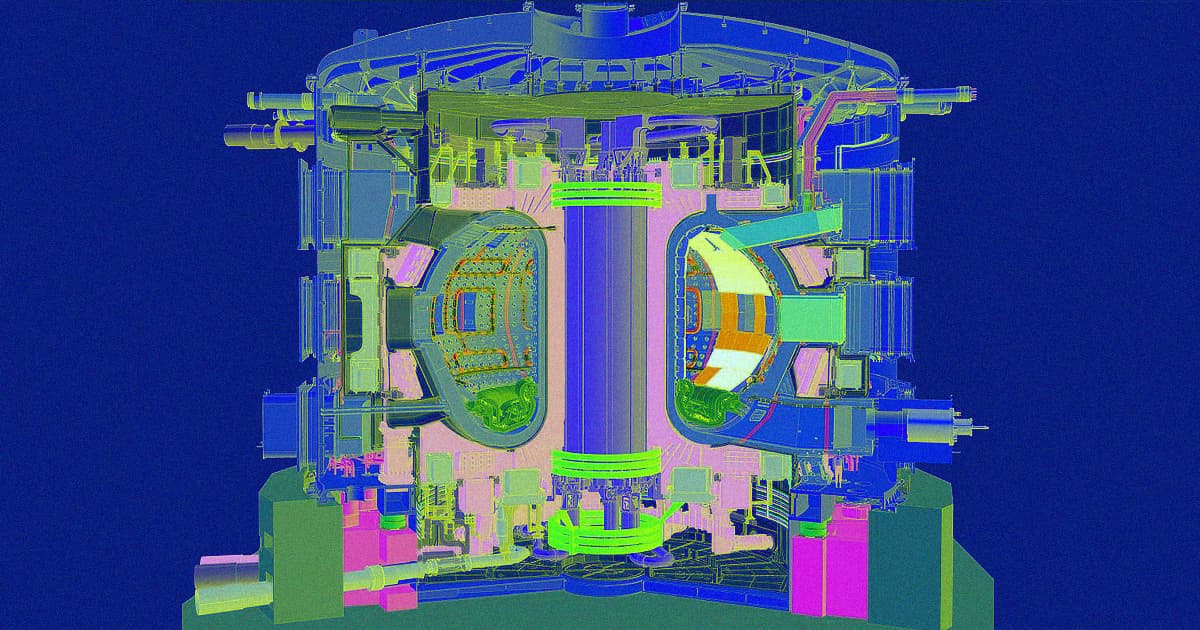 On Tuesday, a team of MIT researchers made a big splash when they announced that their "SPARC" compact fusion reactor is "very likely to work."

The announcement, detailed in seven papers penned by dozens of scientists from a laundry list of research institutions, claimed that the researchers were on a straight path to achieving fusion power — generating power from fusing atomic nuclei together like the Sun, rather than splitting them, like a nuclear power plant. The promise is a never-ending source of clean power without running the risk of a nuclear disaster.

Tesla CEO and billionaire Elon Musk says he's impressed by the research — with one major catch: the cost.

"It’s cool and for sure can and should be done," he tweeted about the fusion research,"but I suspect its best case will be more costly than wind and solar (aka big fusion reactor in sky)."

Fusion energy has been the holy grail for energy generation for over half a century. While the science and technology surrounding reactor designs have come a long way, Musk is right that it remains an elusive dream.

Cost isn't the only issue facing it. As of right now, it's simply not viable yet.

Despite all that, the people working on the next generation of fusion reactors are undeterred. The SPARC team at MIT is hoping to get to the point where their reactor puts out ten times the amount of energy it consumes.

But as we've heard many times before, the technology is still well over a decade away — their goal is to start generating electricity starting in 2035.

And then, like Musk said, fusion energy could be a costly endeavor. The price of wind and solar energy have plummeted over the years, giving them a more-than-healthy head start over fusion.

Developing a functioning and efficient fusion reactor is also proving to be an extremely costly process. The ITER fusion power plant, soon to be the largest of its kind in the world, is an international collaboration with a sky-high price tag: a whopping $22 billion — a conservative estimate, critics say.

The US Department of Energy has long been skeptical of ITER's plans. Congress confirmed it had approved a $115 million investment in 2016, but support for the project dwindled throughout president Donald Trump's first term. Only $50 million were set aside by the Department of Energy this year — including for both national and international fusion energy research and development.

Despite the lack of enthusiasm for ITER, US lawmakers haven't given up on solar [fusion?]. Earlier this month, the US House of Representatives approved a fusion energy commercialization program to support a burgeoning industry of private fusion startups.

The hope is to make fusion a reality through public-private partnerships — very much in the same vain as NASA's collaboration with SpaceX and other contractors.

By scaling down operations — who needs a multi-billion dollar, football field-sized reactor? — some startups are hoping to come up with their own solutions in achieving fusion energy.

A 2018 paper explored what the economy of fusion energy could look like in the coming decades. While the costs strongly depend on what the exact designs of the fusion reactors look like, the electricity price could become comparable to that of solar and wind, the paper's authors argue.

But it may not be a question of either or — fusion is perhaps more likely to be just part of the solution. According to a study commissioned by a British fusion power startup, fusion may be a way to make up for electricity shortfalls in the renewable energy sector.

In other words, wind and solar alone won't be enough to meet demands and keep climate change in check. Fusion could help by replacing current power generation from coal and natural gas.

Read This Next
Fusion Futility
Elon Musk Slams Fusion, Says Future of Energy Is Wind and Solar
Remember Donald?
Donald Trump Goes on Bizarre Rant Against Electric Cars
Hurricane Season
Oops! Fusion Facility Keeps Failing to Recreate Last Year's "Breakthrough" Record
Smashing Atoms
Startup Says It's Honing in on Simple Solution for Practical Fusion Power
The Kids Won't Be Alright
Elon Musk Warns That Humankind Will "End Up in Adult Diapers"
More on Earth & Energy
Hot Take
4:09 PM on the byte
The World's Largest Volcano Is Erupting for the First Time in Nearly 40 Years
Sun Shield
Nov 23 on futurism
Scientists Increasingly Calling to Dim the Sun
Oversharing 101
Nov 21 on the byte
Bill Gates Reflects on Drinking Product of Fecal Sludge
READ MORE STORIES ABOUT / Earth & Energy
Keep up.
Subscribe to our daily newsletter to keep in touch with the subjects shaping our future.
+Social+Newsletter
TopicsAbout UsContact Us
Copyright ©, Camden Media Inc All Rights Reserved. See our User Agreement, Privacy Policy and Data Use Policy. The material on this site may not be reproduced, distributed, transmitted, cached or otherwise used, except with prior written permission of Futurism. Articles may contain affiliate links which enable us to share in the revenue of any purchases made.
Fonts by Typekit and Monotype.