"Enabling the exclusive use of clean energy will be a miracle for our planet." 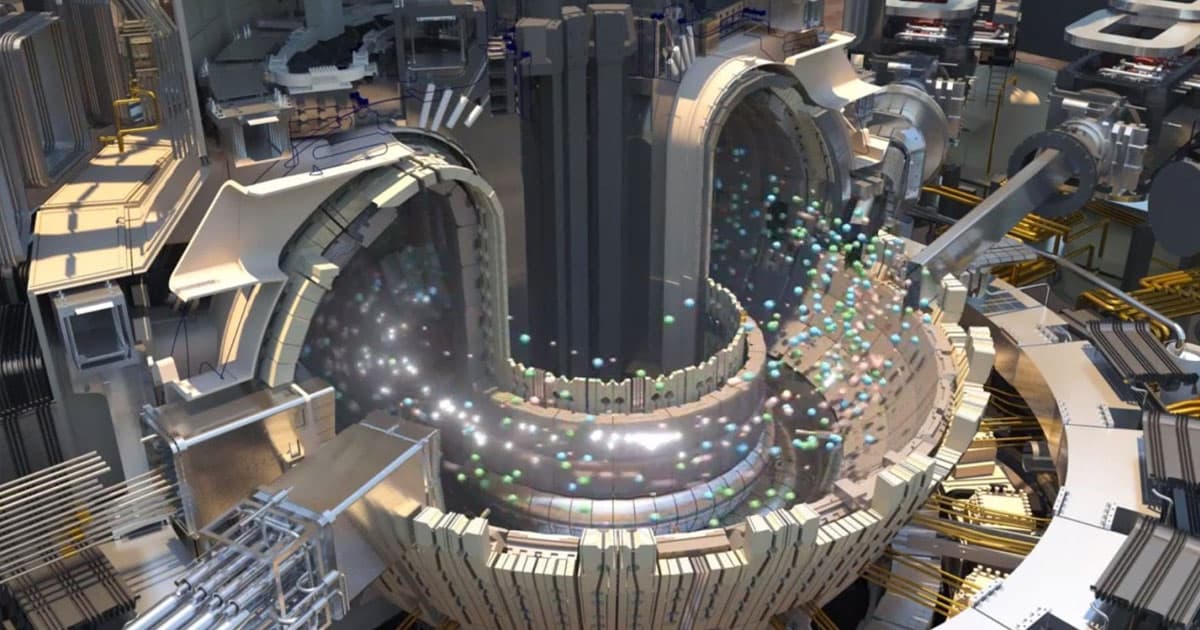 The project, called ITER, is an international collaborative effort between 35 countries with enormous ambitions: prove the feasibility of fusion energy with a gigantic magnetic device called a "tokamak," as per the project's official website.

"Enabling the exclusive use of clean energy will be a miracle for our planet," ITER director-general Bernard Bigot said during today's virtual celebration, as quoted by The Guardian.

Fusion power, in theory, works by harnessing the energy released by two lighter atomic nuclei fusing to form a heavier nucleus, and turning it into electricity.

If proven to be economical — that is, if the machine generates more energy than has to be put in to kickstart the process — the technology could lay the groundwork for an entirely new way of generating nearly unlimited clean energy on a commercial scale. Fusion power would be far safer than conventional fission nuclear energy, since there's no risk of a meltdown or leftover nuclear waste.

But if the last six decades of fusion research are anything to go by, it remains an elusive way of generating net energy. The extremely hot plasma inside the fusion reactors is notoriously difficult to predict and control.

That'll make ITER an extremely complex build. Its final reactor will weigh 23,000 tons, including 3,000 tons of superconducting magnets connected to each other by 200 kilometers of superconducting cables, all of which have to be kept cryo-cooled down to -269 degrees Celsius, as The Guardian reports.

"Constructing the machine piece-by-piece will be like assembling a three-dimensional puzzle on an intricate timeline [and] with the precision of a Swiss watch," Bigot added.

The team behind the ITER project is optimistic about the tests they'll be able to carry out using the massive reactor. By producing self-heating plasma, the team is expecting to generate ten times the heat than the input amount. In other words, the team wants to generate 500 megawatts — just shy of the output of the smallest currently active American nuclear power plant — from an input of just 50 megawatts.

Temperatures would reach ten times the temperature of the center of the Sun, according to ITER.

ITER may be a massive international effort to make fusion energy a reality, but it's not the only one. A large number of fusion startups in the US and abroad are trying to turn it into a commercially viable source of energy as well.

Read This Next
Net Gain
Physicists Say New Breakthrough Proves Fusion Power Is Possible
Another Breakthrough
Fusion Scientists Claim Net Energy Gain, in Potentially Huge Breakthrough
Fusion Futility
Elon Musk Slams Fusion, Says Future of Energy Is Wind and Solar
Hurricane Season
Oops! Fusion Facility Keeps Failing to Recreate Last Year's "Breakthrough" Record
Smashing Atoms
Startup Says It's Honing in on Simple Solution for Practical Fusion Power
More on Earth & Energy
Stem Ware
Yesterday on the byte
Scientists Discover World's Oldest Preserved Vertebrate Brain
From Bad to Worse
Thursday on the byte
Global Warming Is Worse Than We Thought, AI Tells Scientists
RIP Fred
Thursday on the byte
Instead of Predicting Length of Winter, Groundhog Simply Dies
READ MORE STORIES ABOUT / Earth & Energy
Keep up.
Subscribe to our daily newsletter to keep in touch with the subjects shaping our future.
+Social+Newsletter
TopicsAbout UsContact Us
Copyright ©, Camden Media Inc All Rights Reserved. See our User Agreement, Privacy Policy and Data Use Policy. The material on this site may not be reproduced, distributed, transmitted, cached or otherwise used, except with prior written permission of Futurism. Articles may contain affiliate links which enable us to share in the revenue of any purchases made.
Fonts by Typekit and Monotype.