"We are sidestepping all of the scientific challenges that have held fusion energy back for more than half a century." 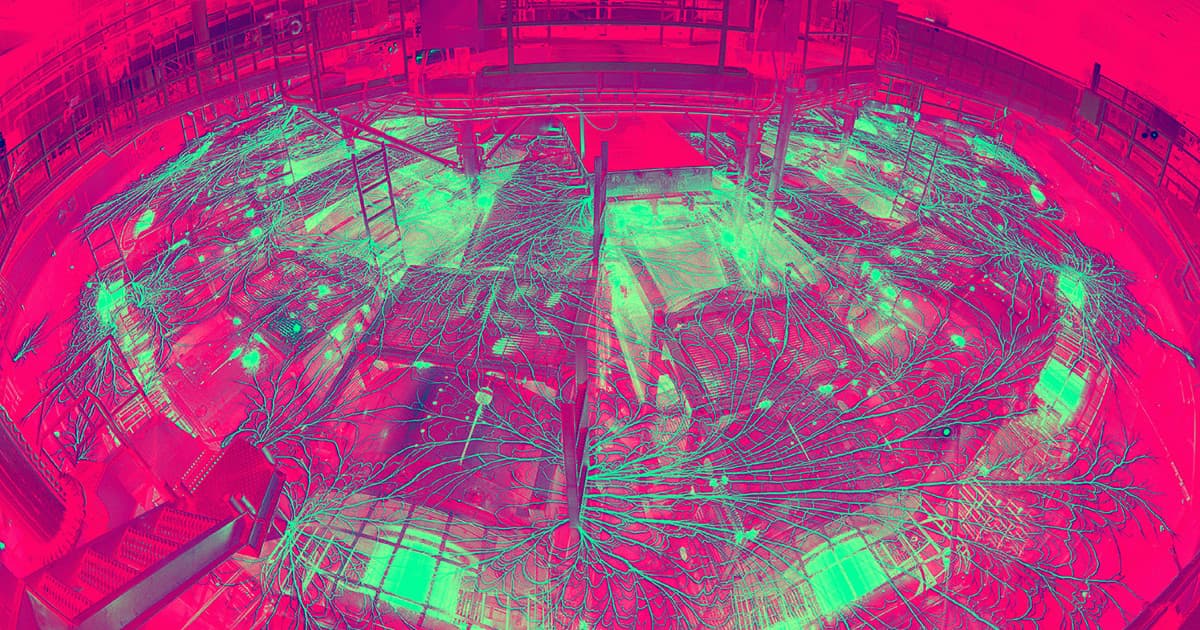 Image by highlander411 via Flickr/Victor Tangermann

An Australian fusion startup called HB11, a spin-off from the University of New South Wales, claims to have found a way to revolutionize current nuclear fusion technology, potentially laying the groundwork for a new era of power generation — without running the risk of a nuclear meltdown.

"We are sidestepping all of the scientific challenges that have held fusion energy back for more than half a century," director Warren McKenzie told New Atlas.

Fusion energy, as its name suggests, harnesses the energy released from when atomic nuclei fuse together, as opposed to fission, which splits nuclei apart to generate electricity. Fusion has been the holy grail of energy production for decades, but scientists have yet to achieve a reaction that spits out more energy than it needs to get going — though they're starting to get close.

If that sounds too good to be true, it's worth noting that there does appear to be drama around the claims. A press release about the technology on the New South Wales University site disappeared soon after its publication.

After the publication of this story, though, the press release reappeared.

"There were a couple of areas that needed tighter attribution," a spokesperson told Futurism.

The backup release makes extraordinary claims. It says HB11 has found a new way that does away with the current fusion energy approach that requires inordinately high temperatures and pressure levels to work.

In theory — right now it's not much more than a theory — HB11's approach is extremely simplified and significantly cheaper. The technique relies on hydrogen and a boron B-11 isotope — instead of extremely rare and expensive radioactive isotopes such as tritium — and employs a specialized set of lasers to get the reaction going.

Inside a "largely empty metal sphere," fuel pellets of HB-11 isotopes are shot at with two lasers to trigger an "'avalanche' fusion chain reaction," as the company describes it in a statement.

"You could say we're using the hydrogen as a dart, and hoping to hit a boron , and if we hit one, we can start a fusion reaction," McKenzie told New Atlas. "That's the essence of it."

"Creating fusion using temperature is essentially randomly moving atoms around, and hoping they'll hit one another, our approach is much more precise," he added.

The process even skips the "need for a heat exchanger or steam turbine generator" and can feed an electrical flow "almost directly into an existing power grid," according to the company's statement.

No nuclear waste, no steam, zero chance of a nuclear meltdown. It almost sounds too good to be true — but the startup still has a lot to prove. McKenzie admitted himself he doesn't know if or when the startup's idea could be turned into a commercial reality.

"I don't want to be a laughing stock by promising we can deliver something in 10 years, and then not getting there," he told New Atlas.

Editor's note 2/24/2020: This story has been updated with a statement from a New South Wales University spokesperson.

More on fusion: This Physicist Is Using Mayonnaise to Study Nuclear Fusion

Read This Next
Fusion Futility
Elon Musk Slams Fusion, Says Future of Energy Is Wind and Solar
Hurricane Season
Oops! Fusion Facility Keeps Failing to Recreate Last Year's "Breakthrough" Record
Smashing Atoms
Startup Says It's Honing in on Simple Solution for Practical Fusion Power
Smashing Nuclei
Fusion Scientists Say They Just Made a Major Breakthrough
Fusion Update
Chinese Scientists Say They've Discovered Cheap New Way to Do Nuclear Fusion
More on Earth & Energy
Sun Shield
Nov 23 on futurism
Scientists Increasingly Calling to Dim the Sun
Oversharing 101
Nov 21 on the byte
Bill Gates Reflects on Drinking Product of Fecal Sludge
Battery Powered
Nov 17 on the byte
Startup Says It's Building a Giant CO2 Battery in the United States
READ MORE STORIES ABOUT / Earth & Energy
Keep up.
Subscribe to our daily newsletter to keep in touch with the subjects shaping our future.
+Social+Newsletter
TopicsAbout UsContact Us
Copyright ©, Camden Media Inc All Rights Reserved. See our User Agreement, Privacy Policy and Data Use Policy. The material on this site may not be reproduced, distributed, transmitted, cached or otherwise used, except with prior written permission of Futurism. Articles may contain affiliate links which enable us to share in the revenue of any purchases made.
Fonts by Typekit and Monotype.