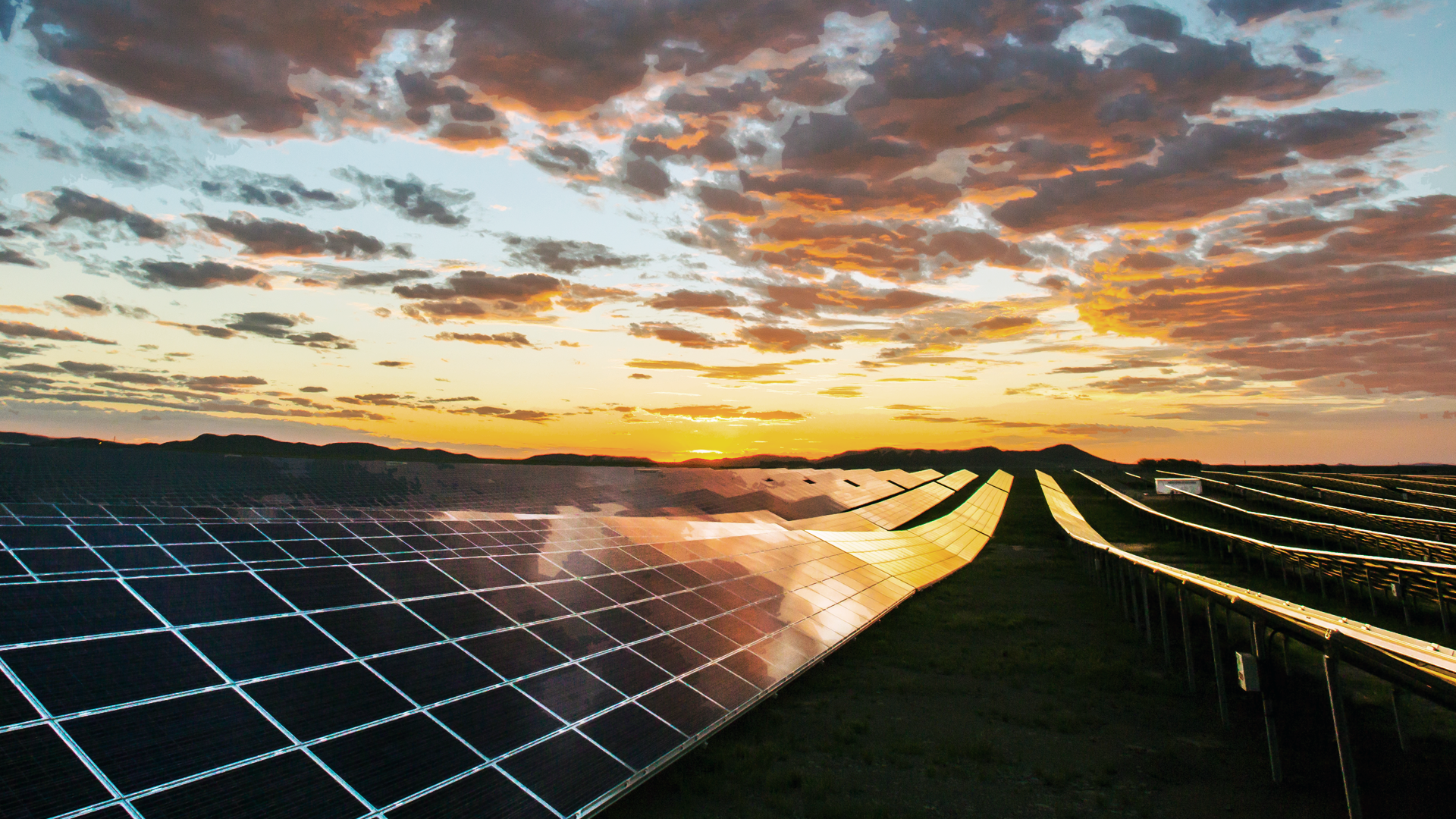 Solar as far as the eye can see

Images of India's Kamuthi Solar Power Project have just been unveiled, giving people across the globe a look at the planet's largest solar plant. The facility is equipped with 2.5 million individual solar panels across more than 10.36 square kilometers (4 square miles) in Kamuthi in Tamil Nadu, and construction on it was completed in just 8 months.

The plant adds 648 megawatts to the country’s current energy capacity and is capable of powering 150,000 homes. It is a huge step forward in India’s plans to make solar power accessible to more of its citizens. By 2022, the country hopes to produce solar power for 60 million homes — a goal aligned with the government’s vision to generate 40 percent of India's power from non-fossil fuel sources by 2030.

With this new plant and its continued dedication to sustainable energy, India is expected to become the world’s third-biggest solar market by next year, trailing after China and the United States.

The End of Fossil Fuels

India's is one of many nationwide initiatives to minimize, if not completely eliminate, the use of fossil fuels.

Chile’s efforts to produce renewable energy have already led to the country creating far more energy than its northern grid needs, driving the country’s energy cost down to nothing. In the same vein, the UK has made a commitment to completely eliminate use of coal by 2025, and in the past six months, they've managed to produce more electricity from solar energy than through their traditional coal plants. Meanwhile, Spain is hoping to become a leading country for sustainable energy by setting a goal to generate 100 percent of its power from renewable sources — it's already able to produce enough energy from wind to power 29 million homes on a daily basis.

These pioneering nations are demonstrating the promise and viability of green energy options. As those options become even more accessible and economically viable, we're sure to see other countries follow their good example.

Read This Next
Fusion Futility
Elon Musk Slams Fusion, Says Future of Energy Is Wind and Solar
Futurism
Best Marine Solar Panels of 2022
Brands We Love
Adding Solar Power to Your Home Is Complicated. But It Doesn't Have to Be.
Black Phase
Materials Breakthrough Could Lead to Cheaper, Better Solar Panels
Brands We Love
Are Solar Panels Worth It for Your Home? Here's a Free Way To Find Out.
More on Earth & Energy
Ancient DNA
1:51 PM on futurism
Scientists Sequence DNA They Found From 2 Million Years Ago
Gross
Yesterday on the byte
Residents Alarmed When Entire River Turns White
Going Hydrogen
Dec 2 on the byte
Airbus to Strap Hydrogen Fuel Cell Engine to Massive Superjumbo Jet
READ MORE STORIES ABOUT / Earth & Energy
Keep up.
Subscribe to our daily newsletter to keep in touch with the subjects shaping our future.
+Social+Newsletter
TopicsAbout UsContact Us
Copyright ©, Camden Media Inc All Rights Reserved. See our User Agreement, Privacy Policy and Data Use Policy. The material on this site may not be reproduced, distributed, transmitted, cached or otherwise used, except with prior written permission of Futurism. Articles may contain affiliate links which enable us to share in the revenue of any purchases made.
Fonts by Typekit and Monotype.