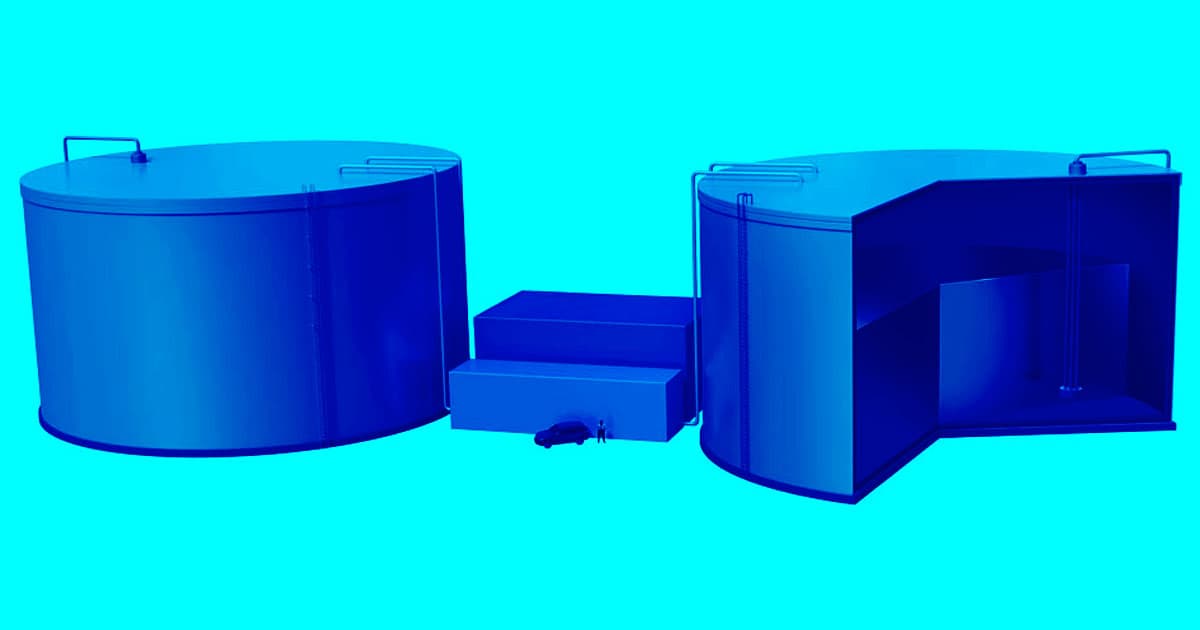 Much of the world's electricity is generated in real time — power plants fuel our homes when we need it, as we need it, and excess energy generally goes to waste.

With fossil fuels, this isn't a huge problem; we can always burn more gas or oil. But wind turbines and solar panels produce power only when the wind is blowing or sun is shining. Energy storage for those mediums will pose a key challenge during the world's transition to renewable energy energy.

That's why it's exciting that scientists from MIT and the Georgia Institute of Technology say they've found a new solution, which they call a "sun in a box." The box takes the form of an insulated graphite silo that's full of "white-hot molten silicon."

Everything the Light Touches

The sun in a box works like giant rechargeable battery, according to research published last month in the academic journal Energy & Environmental Science, storing excess electricity as heat. Then, if people in the area need power in the evening when their solar panels aren't generating power, photovoltaic within the silo capture the glowing silicon's light and convert it back into useable electricity.

The engineers who worked on the project, which has the official and way-less-fun name of the Thermal Energy Grid Storage-Multi-Junction Photovoltaics (TEGS-MPV), think that it could be deployed in energy grids pretty much anywhere in the world, according to an MIT press release.

Based on their preliminary tests, the scientists project that a single TEGS-MPV storage tank would be able to store enough power that a community of 100,000 homes could rely solely on renewable energy sources and not face interruptions when the sun goes down or the wind stops blowing.

These are, of course, early tests, and there will surely be unforeseen challenges to bringing this energy system to scale and actually using it in the real world. But if we expect to avoid the worst effects of climate change, we'll need to solve the problem of renewable energy storage. It's nice to start seeing some answers.

READ MORE: “Sun in a box” would store renewable energy for the grid [MIT News]

Read This Next
Solar Slay
Solar Powered Machine Turns CO2 and Waste Plastic Into Valuable Fuel
Futurism
Best Marine Solar Panels of 2023
Good Neighbors
German Government Says It May Keep Nuclear Plant Open After All
Unreliable Friends
Archipelagic Nation Sick of Other Countries Breaking Climate Change Promises
Brands We Love
Adding Solar Power to Your Home Is Complicated. But It Doesn't Have to Be.
More on Earth & Energy
Cow Chow
Yesterday on the byte
Bill Gates Gives $12 Million to Flatulent Australian Cows
Dye in the Water
Yesterday on the byte
Scientists Dye Chunks of Ocean Water Pink for Head-Turning Coastal Experiment
Face/On
Yesterday on the byte
Scientists Found a Dinosaur's Face, Complete With Its Skin
READ MORE STORIES ABOUT / Earth & Energy
Keep up.
Subscribe to our daily newsletter to keep in touch with the subjects shaping our future.
+Social+Newsletter
TopicsAbout UsContact Us
Copyright ©, Camden Media Inc All Rights Reserved. See our User Agreement, Privacy Policy and Data Use Policy. The material on this site may not be reproduced, distributed, transmitted, cached or otherwise used, except with prior written permission of Futurism. Articles may contain affiliate links which enable us to share in the revenue of any purchases made.
Fonts by Typekit and Monotype.