Be the best futurist you can be. 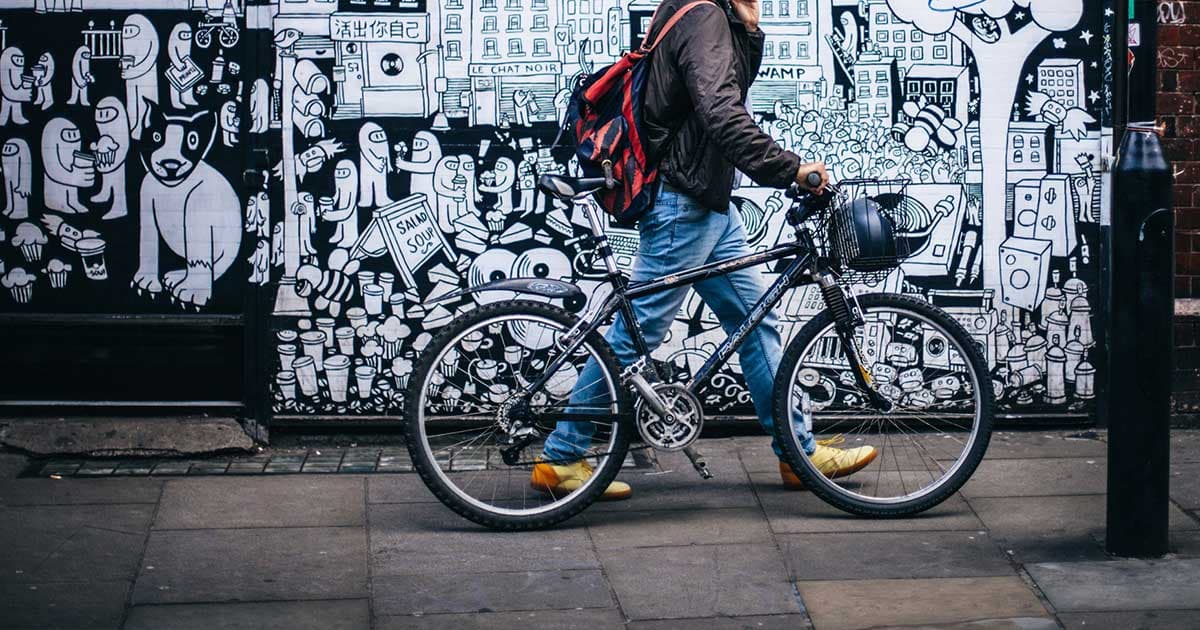 We’re all still scrambling to make sense of the U.N. Intergovernmental Panel on Climate Change (IPCC)’s nightmarish report on the impending catastrophic effects of climate change. According to the early October report, we will need to cap global warming at 1.5 degrees Celsius (2.7 degrees Fahrenheit) above preindustrial levels to prevent worsening coastline destruction, famine, and destruction from climate change. This is a more severe restriction than the already hard-to-reach goals of the Paris Agreement.

So that got us at Futurism wondering: is there a way out of all the doom and gloom?* What can we, as concerned citizens, do to pitch in and save the planet? As a species notoriously terrible at thinking on planetary timelines, is there anyplace that will give us the immediate gratification for saving the planet like giving us a sticker?**

One big caveat: you as an individual aren't wreaking havoc on our future by occasionally using plastic bags instead of the reusable ones. A July 2017 report found that just 100 companies emit 71 percent of the world’s greenhouse gases. So until we do something extreme like, say, overthrow capitalism*** and force these corporations to change track, there's only so much change you can bring about by tweaking your lifestyle.

Still though, every individual can do at least a little something to reduce emissions and slow our climate apocalypse. And that's going to take a bit more than bringing your own tote to the grocery store.

Here are our tips for how YOU can reduce emissions and slow climate change:

*Unlikely, but we are optimistic!

**Let us know if you find one!

Experts agree that in order to minimize our impact on the world’s climate, we’ll need to eat a whole lot less meat. Meat makes up 60 percent of the greenhouse gas emissions that come from agriculture, as The Guardian reported. The carbon imprint and water demands from raising enough chickens, cows, pigs, and fish to feed a hungry planet are simply too high to continue dining as we have for so long.

So next time you hit up the grocery store, try and spend more time in the produce aisle and skip the butcher's counter.

Passenger transportation is a major source of greenhouse gas emissions. What better way to make new friends than to participate in an office carpool — and save the planet while you're at it? With a regular carpool, or even by biking or walking to work, you can help reduce your personal contribution to the end of the world as we know it, to an era of global famine, scarcity-driven warfare, and horrifying weather to a mere fraction of what it would have otherwise been. We joke, but every little bit does help, and you should do your share when you can.

Even if you can't afford solar panels, some energy companies are now offering consumers semblance of a choice about where their energy comes from. The "cleaner" option might cost a little more, but it may be worth it — if you can afford it.

For all the lifestyle changes that you may be willing to make, remember that this problem is a lot bigger than any one of us. And the most important thing that we can do is try to bring about a greater change than our own individual contributions.

4) Strip Climate Deniers of Their Power

As Slate recently argued, every government that supports the fossil fuel industry must be replaced as soon as possible. Midterms just wrapped in the U.S. Hopefully, you were up for some castle storming and voted. Hopefully you didn't blow your chance and not vote just to prove some sort of point. Hopefully you helped put people in power who are taking climate change seriously, and who have vowed to take dramatic action to slow it down.

As the Washington Post reported this morning though, the climate initiatives on the ballot didn't fare well. With Arizona, for example, not securing enough votes to begin a much-needed shift toward renewable energy, and Colorado unable to limit drilling on state-owned land.

Even if you didn't have a single environmentally-progressive candidate running in your district this season – or if your state voted against one of the above measures,  you can still make your opinions known to your current elected officials. Call them, email them, see them speak in person. If your fearless leaders have stood up and taken meaningful steps against climate change, thank them! If they have supported the fossil fuel industry or remained neutral (read: complicit), you can remind them that their days in office are numbered.

Indeed, to make as dramatic a change as it seems we might have to, we might need to abandon our socioeconomic structures, as Motherboard reported. We're not saying it would be easy to, you know, reject capitalism. Changing the world will mean giving up some of the comforts to which many of us have become accustomed. But if it means eliminating fossil fuel usage, it might be worth it.

It is so easy. Plastic, metal, glass, paper — bam, sorted right into color-coded bins. A 2015 study found that recycling aluminum and foil prevented over 8,000 kg of greenhouse gas emissions per ton of metal that would have been given off during the manufacturing process. That's the same amount of carbon dioxide emitted by an average home over the course of 224 days. Recycling other materials had a smaller effect, according to the study.

Of course, many of the cans and bottles you painstakingly separated from your garbage may end up in the same heap now that China stopped taking in many of our recyclables. And some offices and other places may not recycle at all.

But you can also try to throw your wallet at the problem, too. So many things out there, from shoes to Ford F-150 trucks, are at least partially made of recycled materials. These products can also make for a more responsible purchase.

Good luck out there, and remember to be kind to one another.