Not everyone's happy about the new rule. 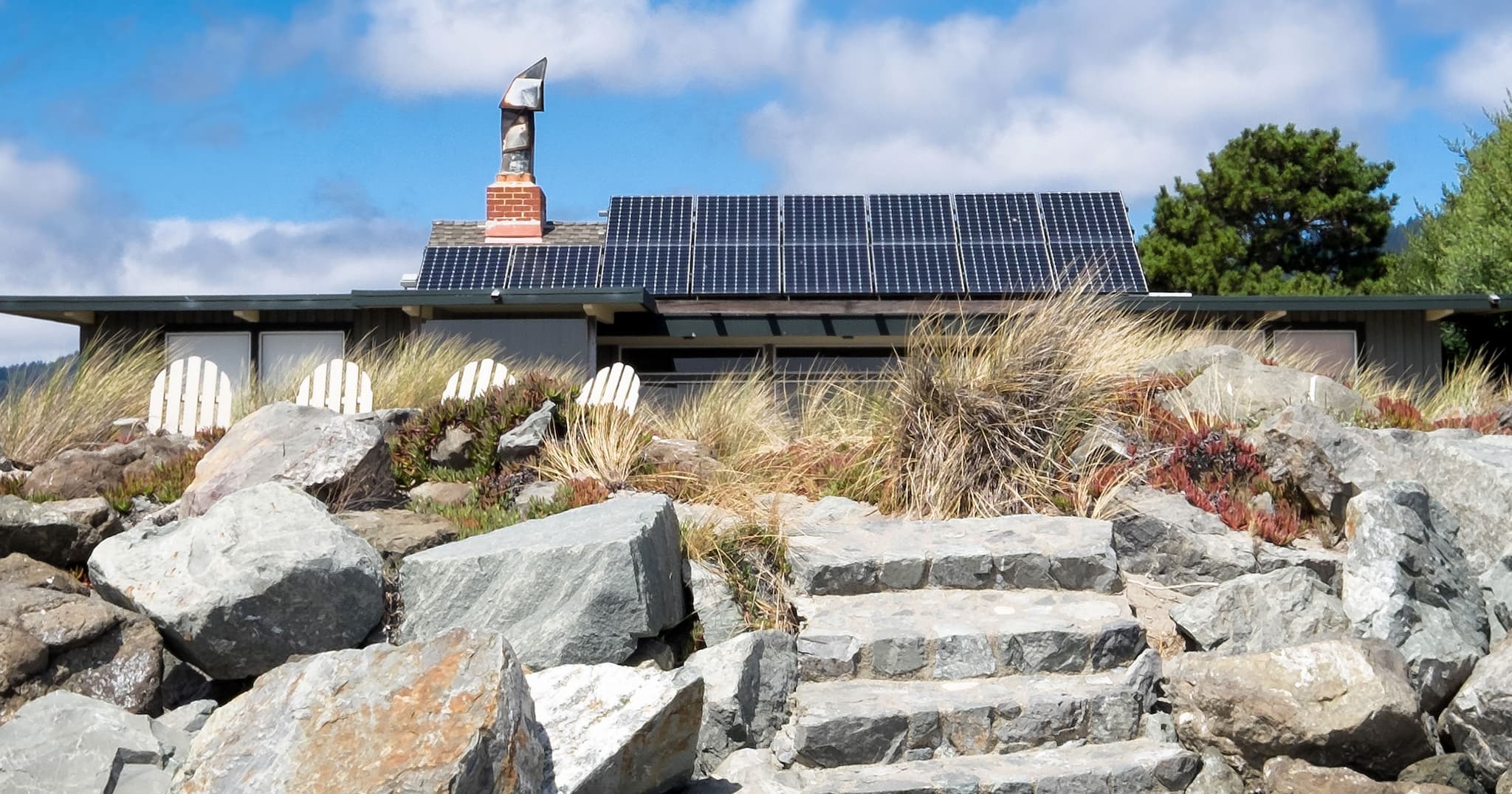 It's official: any new homes built in California after 2020 will have to be at least partially solar powered.

Other requirements part of the new "green" building codes include thicker insulation, more efficient doors, and improved ventilation systems. The new solar power requirement applies to any new buildings that are up to three stories high — including apartments. Homeowners will also have the option to generate or buy electricity for a local community- or utility-owned electricity grid.

Critics of the new requirements argued that solar panels and the installation is very expensive, and that not all locations in California are conducive to generating solar power in a cost effective way.

The Building Standards Commission is planning to respond to those concerns by allowing homeowners to lease solar panels from the government or signing "power purchase agreements" that could essentially allow them to buy solar energy from other producers, according the Orange County Register.

There are some caveats: home owners won't be required to offset their entire electricity bill with generated solar power.

The new requirements also come as much of the state is still reeling from the shock of some of the biggest wildfires ever recorded. While offsetting reliance on fossil fuels is a good thing, the new provisions could make it even more difficult for Californians to rebuild what they have lost in the wildfires this year.

But given enough time, economies of scale could bring down the costs associated with generating power at home — and that's not to mention the significant long-term savings of relying less on expensive fossil fuel power.

Read This Next
Fusion Futility
Elon Musk Slams Fusion, Says Future of Energy Is Wind and Solar
Black Phase
Materials Breakthrough Could Lead to Cheaper, Better Solar Panels
Brands We Love
Are Solar Panels Worth It for Your Home? Here's a Free Way To Find Out.
Brands We Love
Wondering if Solar Energy Is Right for Your Home? Find Out for Free.
Tech Hub
The Skies in California Basically Look Like the Apocalypse Right Now
More on Earth & Energy
Hot Take
4:09 PM on the byte
The World's Largest Volcano Is Erupting for the First Time in Nearly 40 Years
Sun Shield
Nov 23 on futurism
Scientists Increasingly Calling to Dim the Sun
Oversharing 101
Nov 21 on the byte
Bill Gates Reflects on Drinking Product of Fecal Sludge
READ MORE STORIES ABOUT / Earth & Energy
Keep up.
Subscribe to our daily newsletter to keep in touch with the subjects shaping our future.
+Social+Newsletter
TopicsAbout UsContact Us
Copyright ©, Camden Media Inc All Rights Reserved. See our User Agreement, Privacy Policy and Data Use Policy. The material on this site may not be reproduced, distributed, transmitted, cached or otherwise used, except with prior written permission of Futurism. Articles may contain affiliate links which enable us to share in the revenue of any purchases made.
Fonts by Typekit and Monotype.