Is this the Holy Grail of solar panel technology? 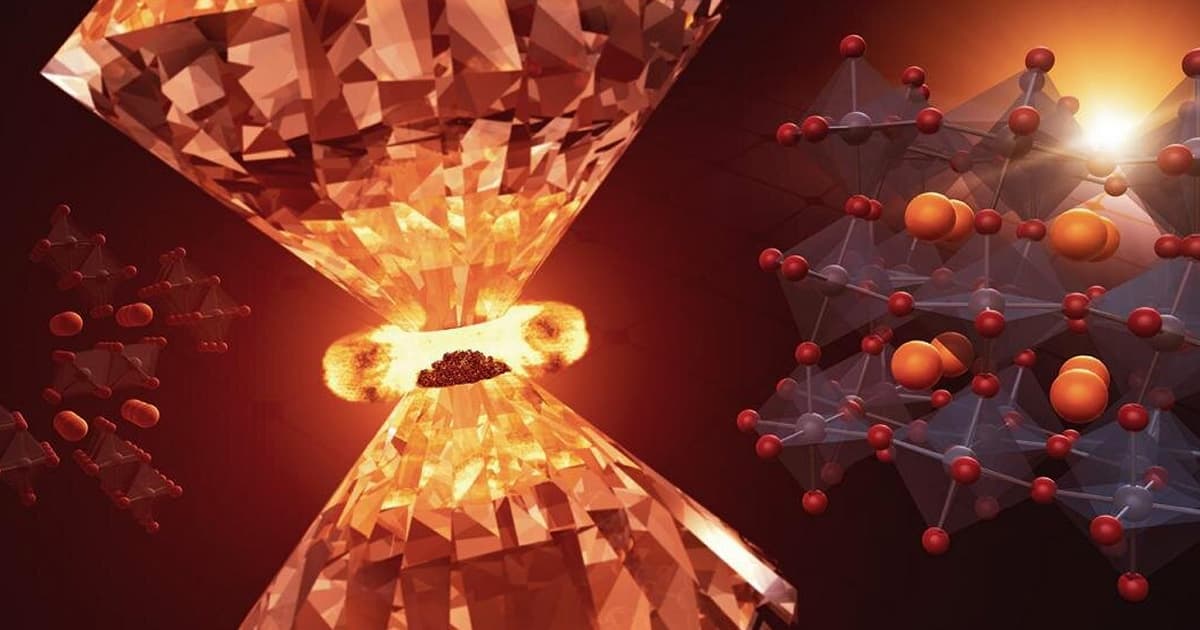 To improve the efficiency of solar panels, scientists have become increasingly intrigued by perovskites, an evasive natural mineral with a unique crystalline structure.

Unfortunately, the mineral has proved to be uncooperative. At room temperature, three of its four possible atomic configurations are unstable and the material quickly reverts to its fourth phase, which renders it useless in the effort to convert sunlight to electricity.

Fortunately, a team of scientists at Stanford University and the Department of Energy may have just found a solution, as outlined in a paper published in the prestigious journal Nature Communications.

Their methodology is surprisingly simple: squeeze the fourth phase of perovskite inside a diamond anvil cell at high temperatures. The resulting atomic structure isn't just efficient and usable for generating electricity from sunlight, they say, but is also stable at room temperature.

"This is the first study to use pressure to control this stability, and it really opens up a lot of possibilities," Yu Lin, researcher at the Stanford Institute for Materials and Energy Sciences (SIMES), said in a statement.

"Now that we've found this optimal way to prepare the material, there's potential for scaling it up for industrial production, and for using this same approach to manipulate other perovskite phases," Lin added.

The "black" phase, the one successfully stabilized by the scientists,of perovskite has intrigued scientists for years since it has been found to be extremely efficient in converting sunlight to electricity, making it the Holy Grail for solar panel technology.

The phase, however, isn't stable and previous attempts at stabilizing it have fallen short of replicating real-world conditions.

But by squeezing perovskite in this state between two diamond tips, the equivalent of roughly 1,000 to 6,000 times atmospheric pressure, and heating it to 450 degrees Celsius, the researchers found a way to keep the material in its black phase even after pressure and temperatures dropped to normal levels.

One major challenge remains however: scaling up the technology to make it a feasible way to manufacture the next generation of solar panels on an industrial scale.

Read This Next
Fusion Futility
Elon Musk Slams Fusion, Says Future of Energy Is Wind and Solar
Brands We Love
Adding Solar Power to Your Home Is Complicated. But It Doesn't Have to Be.
Brands We Love
Are Solar Panels Worth It for Your Home? Here's a Free Way To Find Out.
Brands We Love
Wondering if Solar Energy Is Right for Your Home? Find Out for Free.
Brands We Love
Residential Solar Power Seems Complicated. But This Free Service Makes It Easy.
More on Earth & Energy
Fly Guy
Yesterday on the byte
Bird Advocates Horrified by Pigeon Dyed Pink For Gender Reveal Party
The Dos and Do-Do...
Yesterday on the byte
Startup Backed By "Jurassic World" Producer Says It Will Revive Extinct Dodo Using Complete Genome
Shark Smile
Tuesday on the byte
Influencer Fined for Eating Endangered Great White Shark
READ MORE STORIES ABOUT / Earth & Energy
Keep up.
Subscribe to our daily newsletter to keep in touch with the subjects shaping our future.
+Social+Newsletter
TopicsAbout UsContact Us
Copyright ©, Camden Media Inc All Rights Reserved. See our User Agreement, Privacy Policy and Data Use Policy. The material on this site may not be reproduced, distributed, transmitted, cached or otherwise used, except with prior written permission of Futurism. Articles may contain affiliate links which enable us to share in the revenue of any purchases made.
Fonts by Typekit and Monotype.