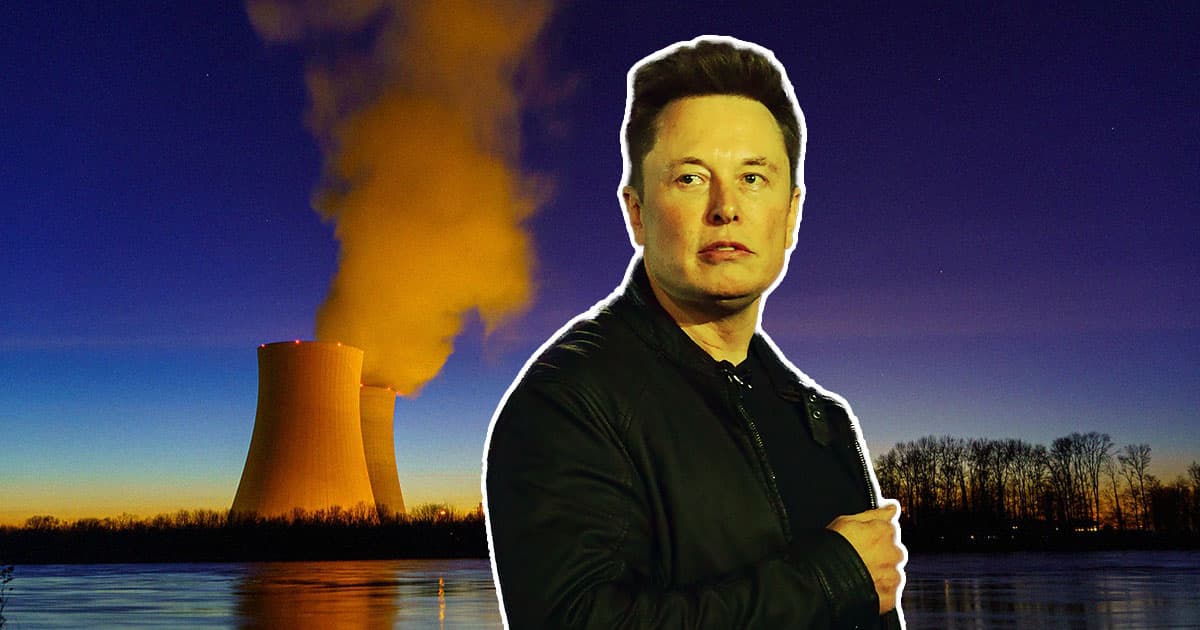 "This is critical to national and international security."

"This is critical to national and international security."

SpaceX CEO Elon Musk's name has come up a surprisingly amount during Russia’s invasion of Ukraine. Not only did he send a shipment of Starlink terminals to the country after the Russian military began targeting its communications infrastructure, but Musk also has the ear of Ukrainian President Volodymyr Zelensky.

Now he has some fresh although somewhat puzzling international advice in light of the conflict: Invest in nuclear power plants — and do it soon.

"Hopefully, it is now extremely obvious that Europe should restart dormant nuclear power stations and increase power output of existing ones," the billionaire tweeted on Sunday. "This is critical to national and international security."

Musk’s comments come on the heels of Russian military operations that seem to directly target nuclear power plants in Ukraine — including the site of the 1986 Chernobyl Nuclear Power Plant disaster. The escalations have prompted backlash from nuclear experts all over the world.

Russia’s invasion has also prompted incredibly strict sanctions on it, which has resulted in a massive spike in oil and gas prices. After all, Russia is one of the world’s top producers  of crude oil. So Musk’s calls for an alternative to fossil fuel-based energy isn’t completely surprising.

Despite all that, there's likely to be a lot of trepidation when it comes to nuclear energy, which carries a weighty stigma due to a steady drip of environmental incidents like the aforementioned Chernobyl disaster. But many advocates say it can provide a clean and relatively safe energy source.

Plus, Musk said he’ll personally travel to places with a nuclear power plant and eat locally grown food — so there’s a chance you could meet him if you built a reactor!

More on Musk: The President of Ukraine Says He Just Talked to Elon Musk

Fusion Futility
Elon Musk Slams Fusion, Says Future of Energy Is Wind and Solar
Sep 9
Read More
Remember Donald?
Donald Trump Goes on Bizarre Rant Against Electric Cars
Sep 6
Read More
Dialed Up
Spain Forcing Public Places to Set AC at or Above 81 Degrees Fahrenheit
Aug 4
Read More
+Social+Newsletter
TopicsAbout UsContact Us
Copyright ©, Camden Media Inc All Rights Reserved. See our User Agreement, Privacy Policy and Data Use Policy. The material on this site may not be reproduced, distributed, transmitted, cached or otherwise used, except with prior written permission of Futurism. Articles may contain affiliate links which enable us to share in the revenue of any purchases made.
Fonts by Typekit and Monotype.