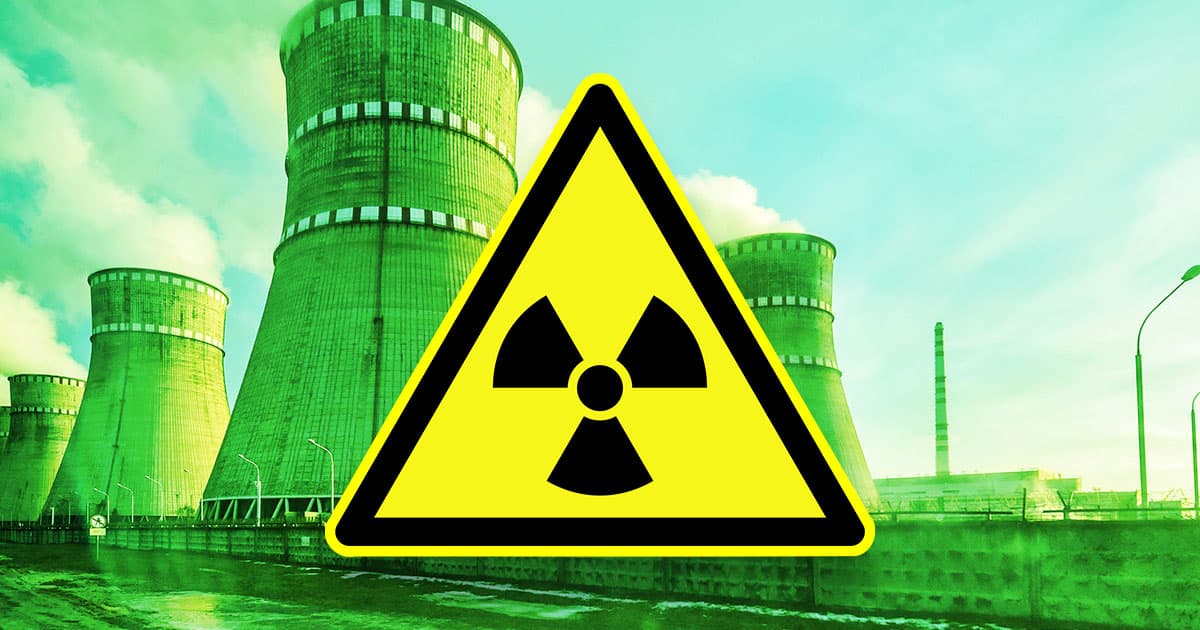 "Nuclear power plants are just not designed to be in a war zone."

"Nuclear power plants are just not designed to be in a war zone."

As Russia continues its deadly invasion of Ukraine, experts are beginning to sound the alarm on the risk the fighting poses to the country’s nuclear power plants.

Their fears aren’t unfounded, and come on the heels of Russia's complete takeover of the site of the 1986 Chernobyl Nuclear Power Plant meltdown.

Since Ukraine heavily relies on nuclear energy, some fear that the fighting could result in damage to the power plants — which would have some incredibly disastrous results for large swaths of the world.

"The situation in Ukraine is unprecedented and I continue to be gravely concerned," Rafael Mariano Grossi, director general of the International Atomic Energy Agency (IAEA), said in a statement. "I have called for restraint from all measures or actions that could jeopardize the security of nuclear and other radioactive material, and the safe operation of any nuclear facilities in Ukraine, because any such incident could have severe consequences, aggravating human suffering and causing environmental harm."

The country currently relies on 15 nuclear reactors to supply half its electricity. Since they’re spread throughout Ukraine, it's perfectly possible that at least some will be exposed to military fighting, and could become collateral damage.

If this happens, radioactive material could be exposed to the atmosphere and be carried throughout the region — a terrifying possibility.

However, experts aren’t too concerned about nuclear power plants being a direct target of military operations from either side. Grossi told a press conference that he’s "convinced that nothing like this could ever happen" referring to a targeted attack on a reactor.

Still, that’s cold comfort as we enter yet another day of military escalation in the Ukraine. Moscow continues to shell major cities in the hope of breaking the Ukrainians' will. If a power plant was accidentally hit or damaged, we might have much bigger issues on our hands than Putin’s strongman chest thumping.