Something Cool Is Happening to the Frogs at Chernobyl

These little guys are as cute as they are fascinating. 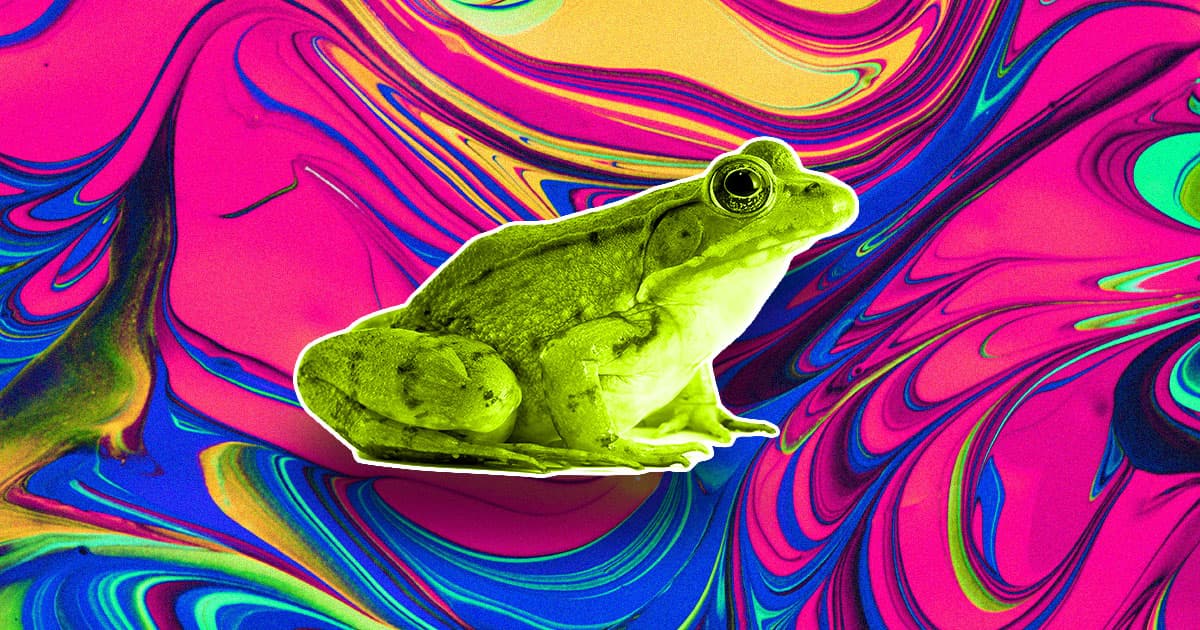 Chernobyl is best known as the site of the worst nuclear reactor meltdown in history. But since the residents left after the 1986 catastrophe, it's also become one of the biggest nature reserves in Europe — and within the confines of its Exclusion Zone, frogs are now showing just how unique the area is.

A group of Spanish zoological researchers wrote in The Conversation how they became intrigued by strange, black-tinted Eastern tree frogs found near and around the Exclusion Zone, since the critters are usually a snazzy lime green.

In 2016, after the first swarthy amphibian was found, the team out of Spain's University of Oviedo and the Doñana Biological Station decided to study the Eastern tree frogs. They found that critters in the preserve now range in coloration from pitch-black to forest green, as images from the researchers show.

They found that in the 36 years since the tragic accident at Chernobyl, the Eastern tree frogs in the regions surrounding the now-abandoned nuclear reactor seem to have undergone a sort of rapid evolution that caused them to develop more melanin in order to withstand the heightened and prolonged radiation from the disaster.

As researchers Germán Orizaola and Pablo Burraco wrote in their Conversation essay, which is based on findings published recently in the journal Evolutionary Applications, they believe the darker colored frogs — a genetic minority normally — were better protected from the meltdown's radiation due to the melanin in their skin. In turn, they reproduced more successfully, creating more and more darker-tinted tree frogs in their wake.

In other words, we're watching natural selection play out in front of our eyes. That's pretty cool.

"More than ten generations of frogs have passed since the accident and a classic, although very fast, process of natural selection may explain why these dark frogs are now the dominant type for the species within the Chernobyl Exclusion Zone," the researchers wrote in the essay.

The researchers, who also in 2019 detailed the astonishing biodiversity of the Chernobyl region, added that they "hope the current war in Ukraine will end soon" because it's put an understandable damper on scientific study in the region.

Read This Next
Futurism
Nuclear Power Used to Seem Like the Future. Now Its Fate in the US Is in Question.
Futurism
Chernobyl Is Being Transformed Into an Immense Renewable Energy Farm
Futurism
Chernobyl is Slated to Become a $1.2 Million Solar Farm
Futurism
Russia Finally Admitted the Radiation Cloud Over Europe Is Real
Futurism
New Report Exposes the Cover-Up of a Secret Nuclear Weapons Test in Kazakhstan
More on Earth & Energy
Rock Battery
4:31 PM on the byte
Researchers Successfully Turn Abandoned Oil Well Into Giant Geothermal Battery
Do The Worm
Yesterday on the byte
Scientists Name "Funky Worm" Amphibian After a Weird 70s Funk Song
Cow Chow
Thursday on the byte
Bill Gates Gives $12 Million to Flatulent Australian Cows
READ MORE STORIES ABOUT / Earth & Energy
Keep up.
Subscribe to our daily newsletter to keep in touch with the subjects shaping our future.
+Social+Newsletter
TopicsAbout UsContact Us
Copyright ©, Camden Media Inc All Rights Reserved. See our User Agreement, Privacy Policy and Data Use Policy. The material on this site may not be reproduced, distributed, transmitted, cached or otherwise used, except with prior written permission of Futurism. Articles may contain affiliate links which enable us to share in the revenue of any purchases made.
Fonts by Typekit and Monotype.