Chernobyl is Slated to Become a $1.2 Million Solar Farm

The farm will provide 1 megawatt of solar energy, though there are plans to develop another 99 megawatts. 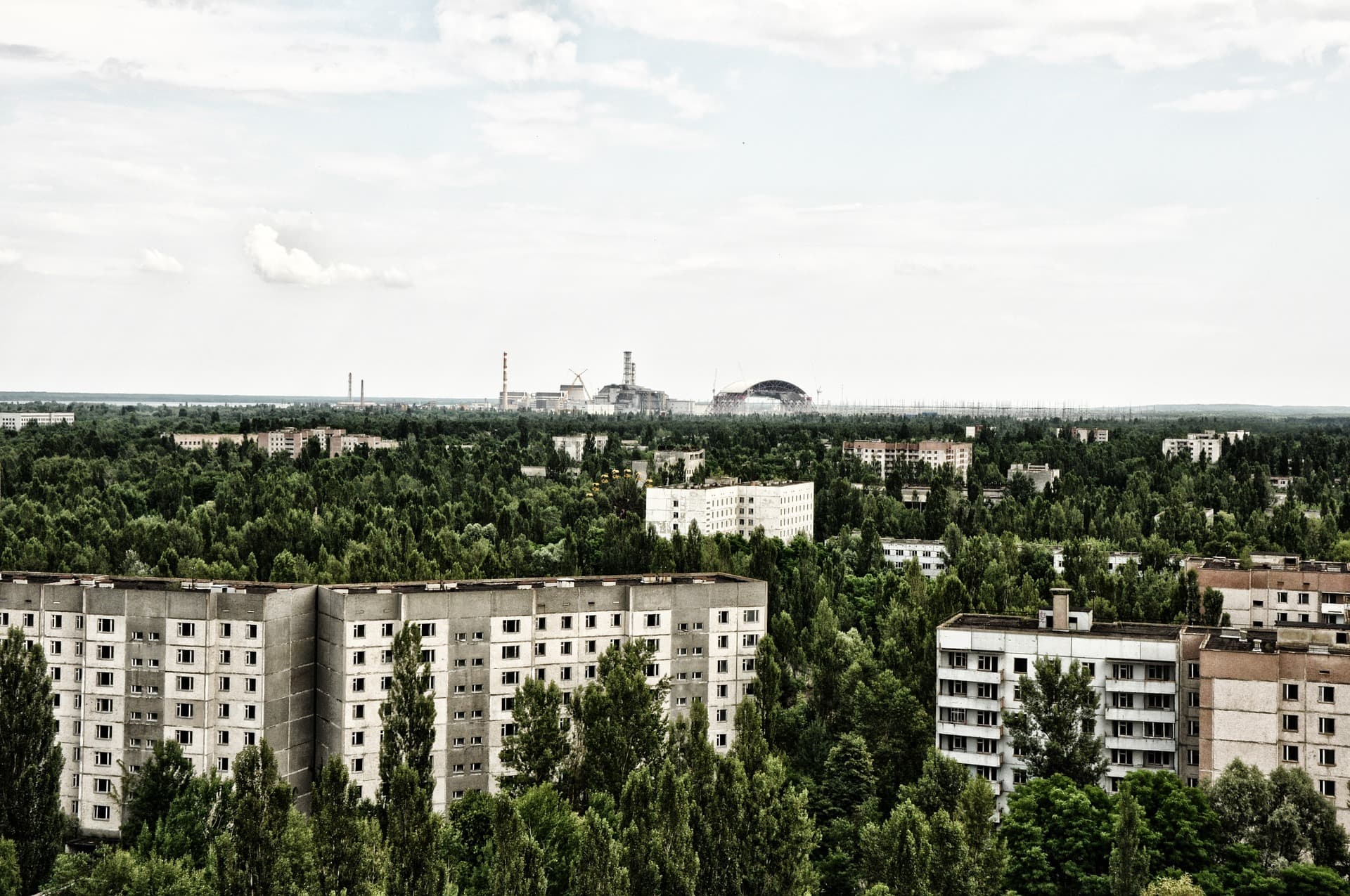 In 1986, a failing nuclear reactor released enough radioactive energy that to cause hundreds to evacuate the city of Chernobyl. The nuclear reactor site and the surrounding area has been abandoned ever since, but there are plans in place to give Chernobyl a new start: one engineering firm wants to turn it into a solar farm. In the future, Chernobyl could be known for providing clean solar energy instead of radiation.

As reported by Bloomberg, Ukrainian engineering firm Rodina Energy Group Ltd. and German clean-energy company Enerparc AG have announced a joint project that will see a 1-megawatt solar farm built on the site. The Chernobyl solar farm is expected to cost $1.2 million, with construction to begin in December.

“Bit by bit we want to optimize the Chernobyl zone,” Evgeny Variagin, chief executive officer of Rodina, told Bloomberg. “It shouldn’t be a black hole in the middle of Ukraine. Our project is 100 meters from the reactor.”

From Radiation to Solar Energy

The Chernobyl solar farm project is the latest step in both companies' — as well as the Ukrainian government's — plans to use the abandoned site to produce renewable energy, which includes plans to develop up to 99 more megawatts of solar. The companies secured a contract in 2016 that will require the Ukrainian government to pay 15 euro cents ($0.18) per kilowatt-hour of electricity generated from the site until 2030, a price Bloomberg estimates is almost 40 percent higher than the standard cost of solar in Europe.

In the ongoing shift to clean energy, the Ukraine's decision to utilize the 1,000 square miles Chernobyl has to offer is smart, though no less ambitious than the efforts of other countries like China, Wales, and the United Kingdom. It'll still take much more work to completely move away from fossil fuels, but if aforementioned developments are anything to go by, it's only a matter of time before most of our energy comes from renewables.

Read This Next
Solar Slay
Solar Powered Machine Turns CO2 and Waste Plastic Into Valuable Fuel
Lil Dudes
Something Cool Is Happening to the Frogs at Chernobyl
Futurism
Best Marine Solar Panels of 2023
Dam Straight
China Says It's 3D Printing a 590-Foot Hydroelectric Dam With Zero Human Labor
Fusion Update
Chinese Scientists Say They've Discovered Cheap New Way to Do Nuclear Fusion
More on Earth & Energy
His Power
Yesterday on the byte
Scientists Develop Compound That Kills So Efficiently They Named It After Keanu Reeves
Dishonorable Disc...
Monday on the byte
Scientists Alarmed by Video of Deep Sea Mining Company Spewing Waste Into Ocean
Save Yourselves
Feb 5 on the byte
Furious Marsupial So Thirsty For Sex That It’s Dying, Scientists Warn
READ MORE STORIES ABOUT / Earth & Energy
Keep up.
Subscribe to our daily newsletter to keep in touch with the subjects shaping our future.
+Social+Newsletter
TopicsAbout UsContact Us
Copyright ©, Camden Media Inc All Rights Reserved. See our User Agreement, Privacy Policy and Data Use Policy. The material on this site may not be reproduced, distributed, transmitted, cached or otherwise used, except with prior written permission of Futurism. Articles may contain affiliate links which enable us to share in the revenue of any purchases made.
Fonts by Typekit and Monotype.