They’re using tiny cones made of gold to do it. 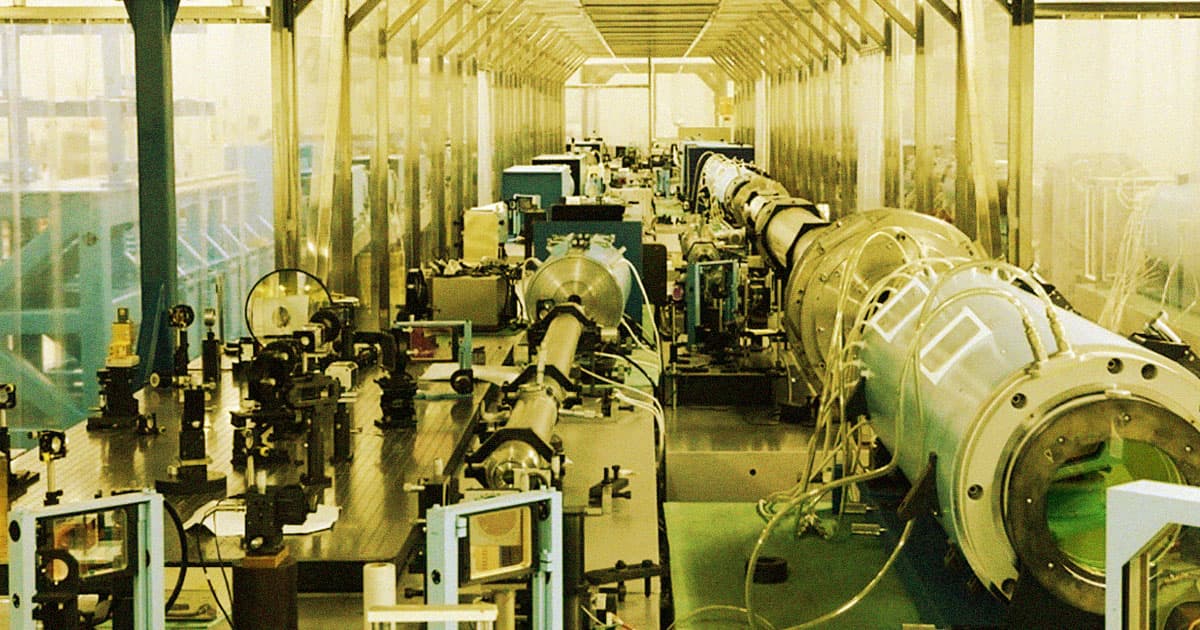 Image by Chinese Academy of Sciences

A team of scientists in China say they’ve discovered a cost-effective method of achieving nuclear fusion that could rival much more expensive counterparts.

Researchers at the Chinese Academy of Sciences’ Institute of Physics began their experiments into fusion power at the Shenguang II laser facility last summer, according to The South China Morning Post. However, the government gave the team just $156 million over six years to conduct their experiments — a paltry sum compared to fusion reactors like the International Thermal Experimental Reactor (ITER) in France, which has an estimated budget of $45 to $65 billion.

The researchers also wanted to improve on research conducted at the National Ignition Facility (NIF) over the summer, which resulted in more fusion energy output than ever previously produced in a lab. That experiment involved aiming 100 very powerful lasers at a single target, which eventually deformed the mirrors used to create the lasers and reduced its accuracy.

So along with achieving fusion, the Chinese team also needed to figure out how to do it on a budget and with less powerful lasers. Eventually, they turned to a process initially developed in 1997 by Zhang Jie, a renowned Chinese physicist.

The method involved weaker laser beams aimed at two tiny gold cones, which emit hydrogen plasma at each other. When it happens with precisely the right parameters, a fusion reaction can occur.

While the gold cones vaporize after fusion, the ultimate cost will be "extremely small — if not negligible — in the future operation of a power plant," Zhang Zhe, lead researcher of the experiment, told the SCMP. "A small grain of gold can make thousands of cones."

Though the team did encounter some issues in their experiments, Zhang says that they were able to make considerable progress. He hopes that the team will be able to scale their research with more sophisticated tools and facilities in the future that "will lift the game to a whole new level."

When that happens, the team might have a fusion reactor that will rival the capabilities of the ITER — and at a fraction of the cost.

It’s another exciting update in the race to achieve fusion power, which could provide boundless clean energy and help provide a reliable method away from fossil fuels. However, it’s worth noting that fusion energy will likely not be unlocked by any one country — but rather a joint effort by all.

"It is difficult to predict which approach or which country will win the race at this stage. There are too many uncertainties ahead," an anonymous nuclear fusion scientist told the SCMP. "But in the end, different technologies, different nations may need to unite as one to bring fusion from dream to life."

Read This Next
Net Gain
Physicists Say New Breakthrough Proves Fusion Power Is Possible
Another Breakthrough
Fusion Scientists Claim Net Energy Gain, in Potentially Huge Breakthrough
Fusion Force
China Announces Plan for Hybrid Fission-Fusion Power Facility
Fusion Futility
Elon Musk Slams Fusion, Says Future of Energy Is Wind and Solar
Hurricane Season
Oops! Fusion Facility Keeps Failing to Recreate Last Year's "Breakthrough" Record
More on Earth & Energy
Stem Ware
Friday on the byte
Scientists Discover World's Oldest Preserved Vertebrate Brain
From Bad to Worse
Thursday on the byte
Global Warming Is Worse Than We Thought, AI Tells Scientists
RIP Fred
Thursday on the byte
Instead of Predicting Length of Winter, Groundhog Simply Dies
READ MORE STORIES ABOUT / Earth & Energy
Keep up.
Subscribe to our daily newsletter to keep in touch with the subjects shaping our future.
+Social+Newsletter
TopicsAbout UsContact Us
Copyright ©, Camden Media Inc All Rights Reserved. See our User Agreement, Privacy Policy and Data Use Policy. The material on this site may not be reproduced, distributed, transmitted, cached or otherwise used, except with prior written permission of Futurism. Articles may contain affiliate links which enable us to share in the revenue of any purchases made.
Fonts by Typekit and Monotype.