Scientists Just Got Amazing Results From an Old Fusion Reactor

A simple change led to higher pressure and stabler plasma. 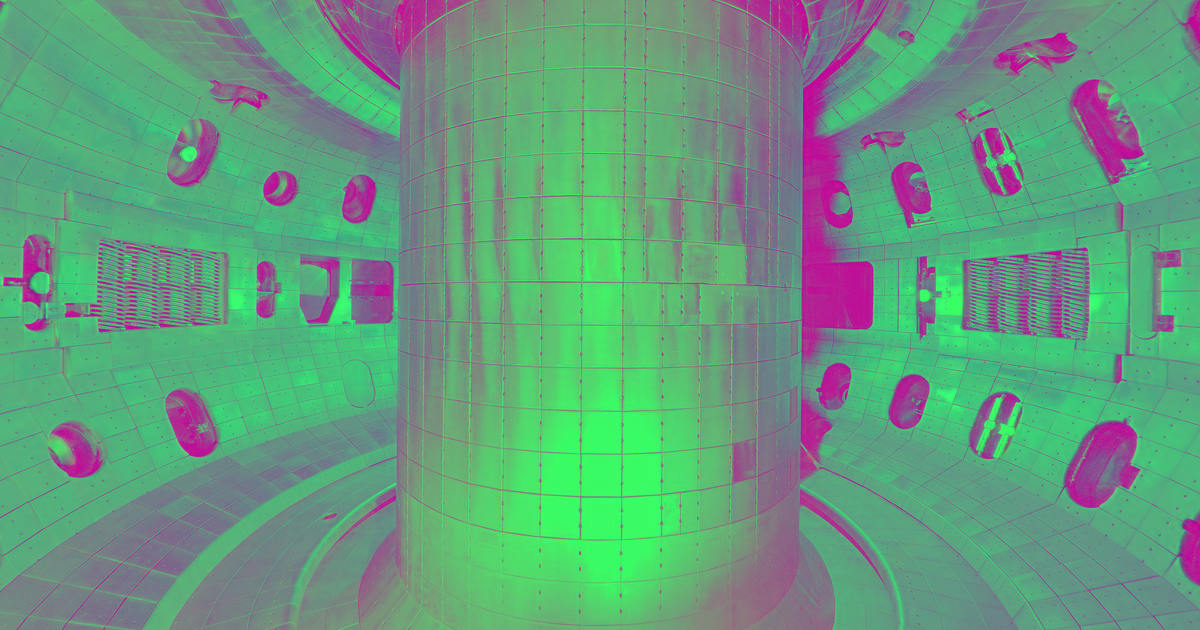 A team of scientists achieved high pressure plasma — perhaps laying the groundwork to achieve fusion power, according to a terrific explainer by Ars Technica — at an old fusion reactor in San Diego by reversing the orientation of the vessel that houses the plasma.

Despite the promising results, whether or not the modification will lay the groundwork for useful fusion power in the future is still far from certain — but, at the very least, it's a fascinating example of squeezing interesting research out of dated equipment.

One possible route to practical fusion power takes the form of a massive and highly complex device called a "tokamak reactor," which confines high energy magnetic fields to control charged particles called plasma. Once both temperature and pressure levels are right, colliding particles release massive amounts of energy — or at least that's the idea.

For the first time, researchers are finally inching closer to getting more energy out than they put in. The San Diego team — whose paper on the findings was published in the journal Physical Review Letters — flipped the orientation of the plasma chamber of an old tokamak reactor called DIII-D, which has been in operation since the 80s.

The result, according to Ars' analysis, was surprising: pressure ramped up enough to meet the requirements for fusion power reactions to occur, with energy levels much higher than expected. The plasma was also more stable — a big deal when it comes to observing fusion reactions inside a tokamak.

As Ars points out, "in practice, DIII-D can never reach the right temperature or pressure for fusion, because it’s not big enough."

But since scientists understand how the machines scale, a bigger fusion reactor could prove to be even more promising. The scientists are hoping to try a similar experiment, but with ramped up power. Maybe the result will surprise them again.

Read This Next
Net Gain
Physicists Say New Breakthrough Proves Fusion Power Is Possible
Another Breakthrough
Fusion Scientists Claim Net Energy Gain, in Potentially Huge Breakthrough
Fusion Futility
Elon Musk Slams Fusion, Says Future of Energy Is Wind and Solar
Hurricane Season
Oops! Fusion Facility Keeps Failing to Recreate Last Year's "Breakthrough" Record
Smashing Atoms
Startup Says It's Honing in on Simple Solution for Practical Fusion Power
More on Earth & Energy
Do The Worm
9:18 PM on the byte
Scientists Name "Funky Worm" Amphibian After a Weird 70s Funk Song
Cow Chow
Yesterday on the byte
Bill Gates Gives $12 Million to Flatulent Australian Cows
Dye in the Water
Yesterday on the byte
Scientists Dye Chunks of Ocean Water Pink for Head-Turning Coastal Experiment
READ MORE STORIES ABOUT / Earth & Energy
Keep up.
Subscribe to our daily newsletter to keep in touch with the subjects shaping our future.
+Social+Newsletter
TopicsAbout UsContact Us
Copyright ©, Camden Media Inc All Rights Reserved. See our User Agreement, Privacy Policy and Data Use Policy. The material on this site may not be reproduced, distributed, transmitted, cached or otherwise used, except with prior written permission of Futurism. Articles may contain affiliate links which enable us to share in the revenue of any purchases made.
Fonts by Typekit and Monotype.