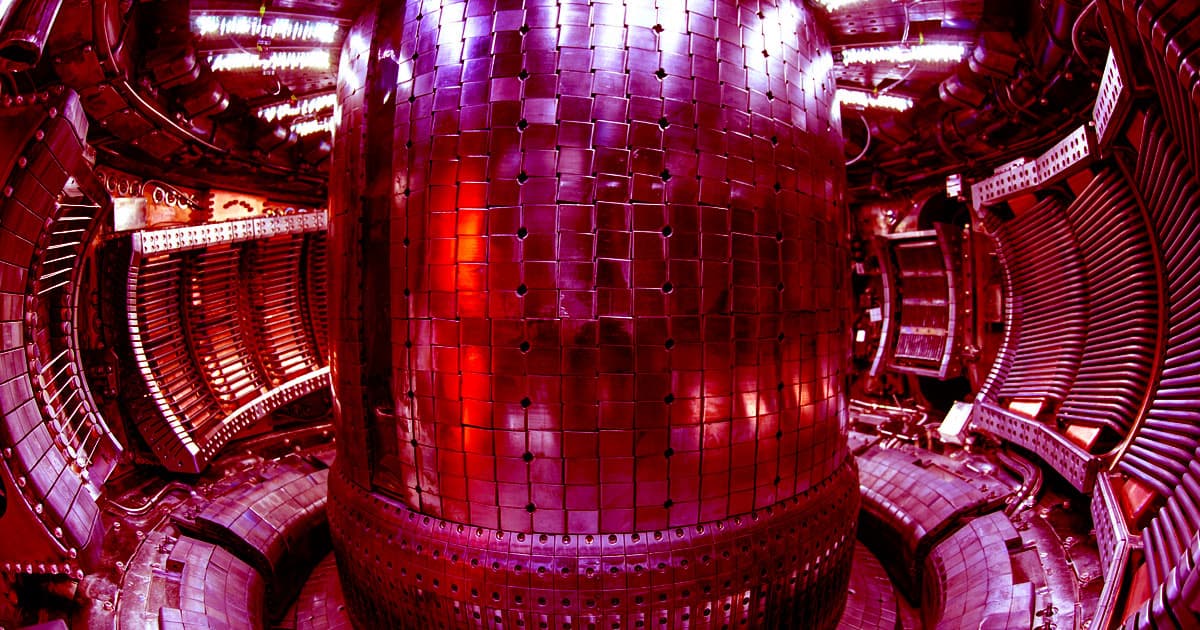 For a technology that stands to revolutionize how we generate clean energy, nuclear fusion is remarkably leaky — high energy particles can sometimes escape experimental reactors, making the process much less efficient.

But new research may have found a way to keep those particles where they belong, according to U.S. Department of Energy (DOE) research published in the journal Physics of Plasmas in October. The new work could boost the efficiency of experimental fusion reactors such as ITER, a groundbreaking facility currently under construction in France.

Right now, the plasma in experimental fusion reactors can generate waves that push around high-energy particles. Those waves can grow so big that the particles are actually driven outside of the reactor altogether, taking with them some of the energy needed for the fusion reaction.

The new DOE research describes complex computer simulations that can track and predict these waves, giving physicists new avenues to prevent them and keep these particles right where they belong.

The researchers hope their work will help build ITER, a multinational experimental fusion reactor that's expected to first go online in 2025 — though doing so will require scaling up the simulation substantially.

"A conservative projection for ITER is that simulations will require approximately 1 million times more calculations than are needed for current tokamaks," said Nikolai Gorelenkov, a principal research physicist at the Princeton Plasma Physics Laboratory and a co-author of the new paper, in a press release. "It’s an unprecedented amount of computation, so we have to find ways to make the simulation easier to finish."

Read This Next
Fusion vs Fiction
Gloomy Physicists Say Nuclear Fusion Breakthrough Is Too Late to Save Us
Fusion Force
China Announces Plan for Hybrid Fission-Fusion Power Facility
Good Neighbors
German Government Says It May Keep Nuclear Plant Open After All
Back Online
Japan May Need Nine Nuclear Reactors Turned On to Get Through Winter
Smashing Nuclei
Fusion Scientists Say They Just Made a Major Breakthrough
More on Earth & Energy
His Power
Yesterday on the byte
Scientists Develop Compound That Kills So Efficiently They Named It After Keanu Reeves
Dishonorable Disc...
Monday on the byte
Scientists Alarmed by Video of Deep Sea Mining Company Spewing Waste Into Ocean
Save Yourselves
Feb 5 on the byte
Furious Marsupial So Thirsty For Sex That It’s Dying, Scientists Warn
READ MORE STORIES ABOUT / Earth & Energy
Keep up.
Subscribe to our daily newsletter to keep in touch with the subjects shaping our future.
+Social+Newsletter
TopicsAbout UsContact Us
Copyright ©, Camden Media Inc All Rights Reserved. See our User Agreement, Privacy Policy and Data Use Policy. The material on this site may not be reproduced, distributed, transmitted, cached or otherwise used, except with prior written permission of Futurism. Articles may contain affiliate links which enable us to share in the revenue of any purchases made.
Fonts by Typekit and Monotype.