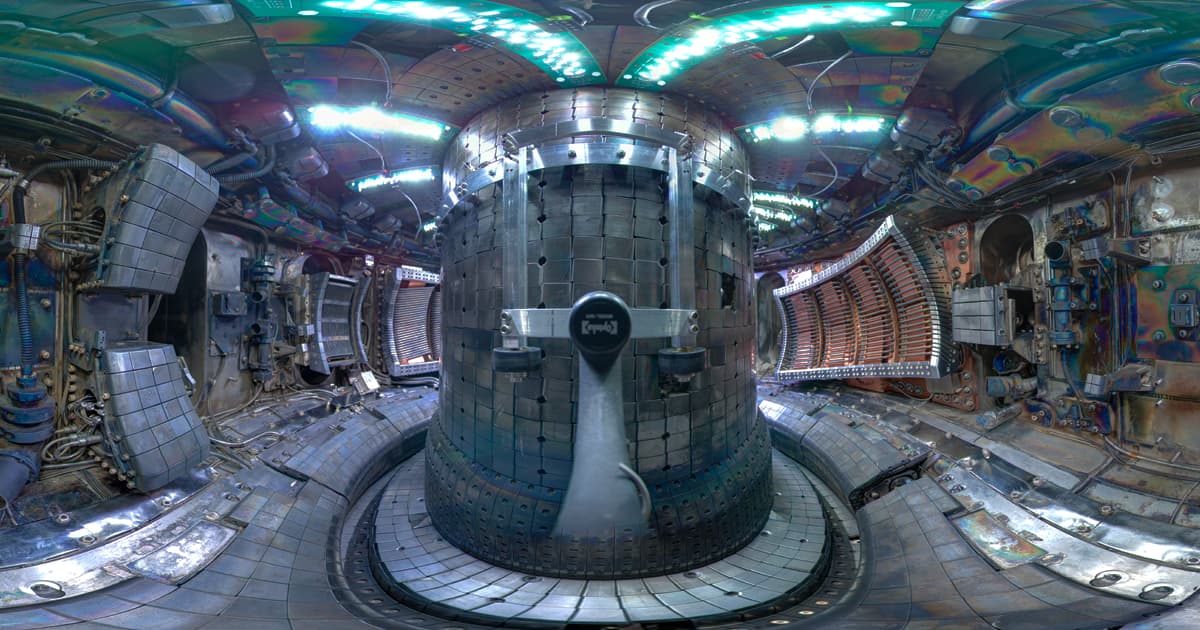 Fusion for a Bruisin'

Nuclear fusion, the reaction that powers stars like our Sun, could be a source of nearly unlimited electricity. But before that can happen, scientists need to find a way to stabilize super-heated plasma in fusion reactions.

Now, researchers from Princeton University and the Department of Energy (DOE) think they've figured it out — and the technique could prove useful for an experimental European reactor scheduled to go online in 2025.

The work, described in a new paper published in the journal Physical Review Letters, deals with a type of structure in plasma that researchers call a "magnetic island." Magnetic islands can cause complex plasma disruptions capable of shutting down fusion experiments and even damaging reactors.

The researchers found that by bombarding plasma with radio-frequency waves while creating small fluctuations in its temperature, they could stabilize the material and prevent the dangerous magnetic islands from forming.

The Princeton and DOE researchers believe the new work could be useful at the International Thermonuclear Experimental Reactor (ITER), a huge international project that fusion researchers hope will pave the way for practical fusion power when it goes online in about five years.

"There is worry about islands getting large and causing disruptions in ITER," Allan Reiman, a Princeton researcher who worked on the new stabilization project, said in a statement. "Taken together, these new effects should make it easier to stabilize ITER plasmas."

More on fusion: This Super Powerful Magnetic Field Puts Us One Step Closer to Nuclear Fusion

Net Gain
Physicists Say New Breakthrough Proves Fusion Power Is Possible
12. 13. 22
Read More
Hurricane Season
Oops! Fusion Facility Keeps Failing to Recreate Last Year's "Breakthrough" Record
7. 25. 22
Read More
Smashing Atoms
Startup Says It's Honing in on Simple Solution for Practical Fusion Power
6. 23. 22
Read More
+Social+Newsletter
TopicsAbout UsContact Us
Copyright ©, Camden Media Inc All Rights Reserved. See our User Agreement, Privacy Policy and Data Use Policy. The material on this site may not be reproduced, distributed, transmitted, cached or otherwise used, except with prior written permission of Futurism. Articles may contain affiliate links which enable us to share in the revenue of any purchases made.
Fonts by Typekit and Monotype.