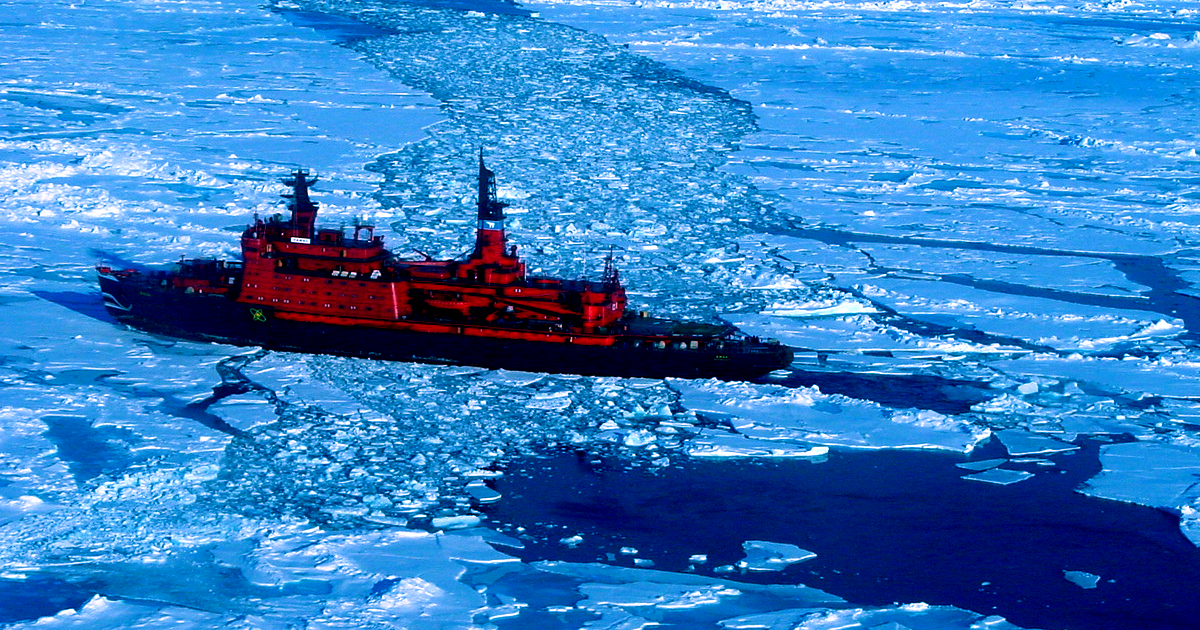 Designed to grind and smash through ice, it'll be one of the most epic ships on Earth.

Designed to grind and smash through ice, it'll be one of the most epic ships on Earth.

China is working to develop a 33,069-ton nuclear icebreaker, designed to smash and grind its way through ice-covered waters, that would be even bigger than the epic nuclear-powered vessels built by Russia.

The state-owned China General Nuclear Power Group just passed its Wednesday deadline for accepting bids from Chinese companies interested in actually building the 152-meter ship, according to the South China Morning Post, possibly to build naval dominance in the Arctic.

The experimental ship, which would be China's first nuclear-powered surface vessel, would travel at a max speed of 11.5 knots, or just over 13 miles per hour, according to the SCMP, and it could pave the way for nuclear-propelled aircraft carriers.

Right now, only Russia has nuclear icebreakers in service — both Russia and China decided to develop the technology to help them expand their presence in the Arctic Ocean.

However, China has not specified how it plans to use the ship once it's built. Rather, SCMP reports that the China General Nuclear Power Group has only referred to the project as an "experimental ship platform."

More on nuclear boats: To Power Villages And Oil Rigs, Russia Sent A Nuclear Reactor On A “Tsunami-Proof” Barge

Critical Flaws
Tesla Reportedly Sold Batteries It Knew Could Catch Fire
6. 24. 20
Read More
Shuttle Butt
We Took a Ride on NYC's First Self-Driving Shuttle
8. 7. 19
Read More
Dangerous Autonomy
Video Shows Tesla Autopilot Steering Toward Highway Barriers
3. 22. 19
Read More
+Social+Newsletter
TopicsAbout UsContact Us
Copyright ©, Camden Media Inc All Rights Reserved. See our User Agreement, Privacy Policy and Data Use Policy. The material on this site may not be reproduced, distributed, transmitted, cached or otherwise used, except with prior written permission of Futurism. Articles may contain affiliate links which enable us to share in the revenue of any purchases made.
Fonts by Typekit and Monotype.