Nuclear Physicists are Revisiting a Safer Alternative to Uranium

These reactors can't be made into weapons and can't melt down as easily. 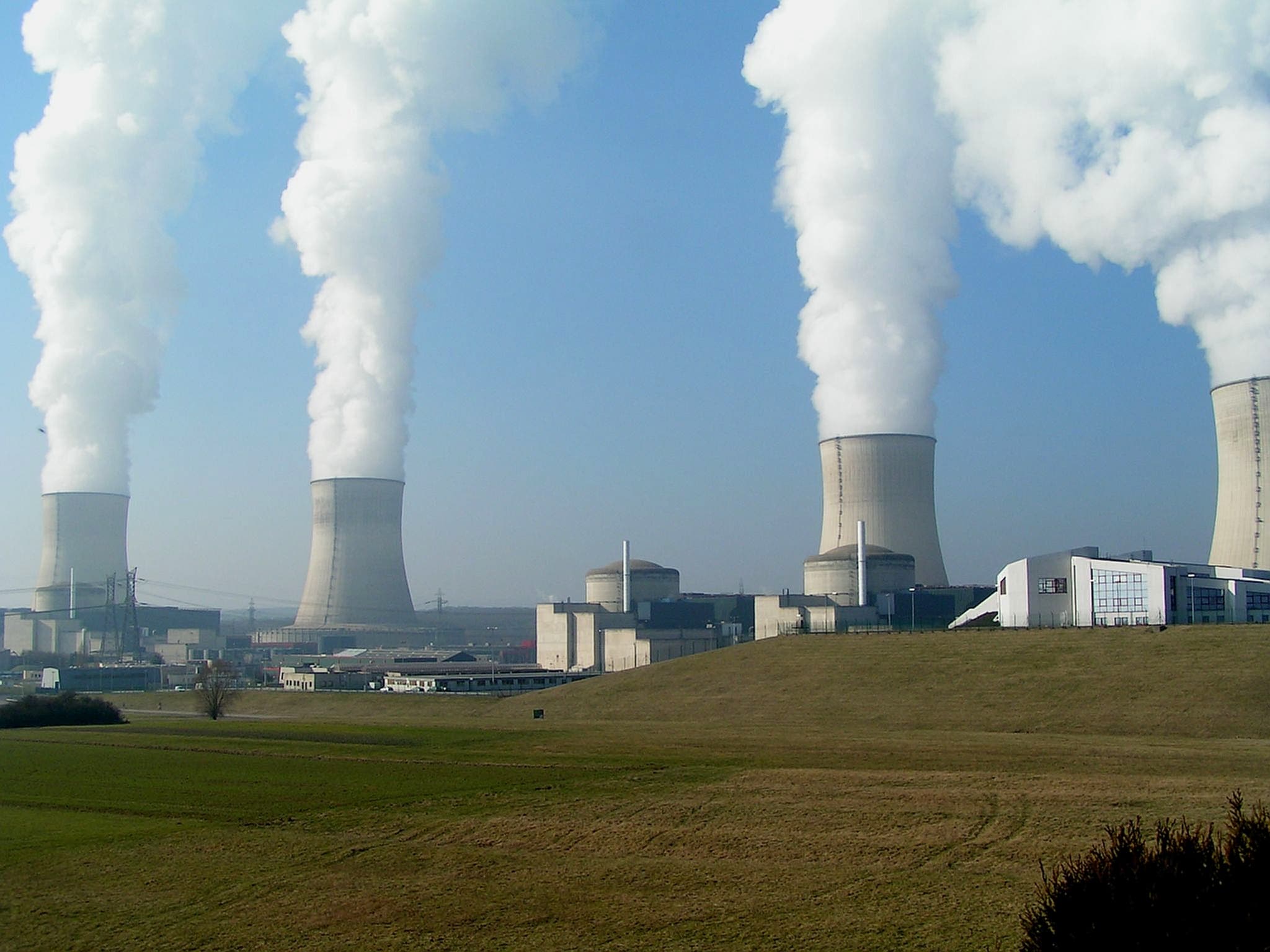 Until such time that scientists figure out how to stabilize nuclear fusion, the most powerful energy source available remains its relatively less powerful cousin, fission. While there are already a number of countries using nuclear fission reactor plants, there's still a lingering shadow of fear over the technology, thanks to several cases of nuclear meltdowns in the past.

But what if nuclear fission can be made safer?

That's long been the promise of a nuclear reactor technology that uses naturally occurring, mildly radioactive thorium salts instead of uranium. Now, a Dutch nuclear materials firm called NRG has successfully begun testing nuclear fission using thorium salts. It's the first one since thorium experiments at the Oak Ridge National Lab in the U.S. ended in the early 1970s. More than 45 years later, thorium-based nuclear fission is still as promising as ever.

A thorium-salt reactor, which is a type of molten-salt reactor, promises a safer kind of nuclear power. It's designed to protect itself against meltdown, and it's also not as easy to weaponize like uranium. To get this kind of nuclear reaction to work, thorium is made to absorb neutrons that convert it to an artificial uranium isotope. The NGR's program begins by testing several small-scale reactor designs, where its first experiment uses a setup called a molten-salt fast reactor that burns thorium salts. This could, at least in theory, consume used nuclear fuel from ordinary uranium-based fission reactors. It's also possible to use thorium in a liquid form, and reactor designs built around this could essentially be self-regulating and fail-safe.

With many countries now more keen than ever to pursue cleaner alternative sources of energy, there's a renewed interest in thorium-based fission. Nuclear fusion is still potentially the safest and most powerful energy source humankind can harness — capable of generating four times as much energy as fission. However, while there have been significant development in fusion research, it might still take a while before it can be stabilized enough for expanded use.

“This is a technology with much perspective for large scale energy production," the NRG's Sander de Groot said, according to Thorium Energy World. "We want to have a head-start once the technology will break through."

Apart from NRG, there are also several startups in the U.S. exploring the technology. China is including thorium-salt reactors in its big plans to boost its nuclear industry, adding 30 new uranium-based plants to its 34 already operational reactors. China's plans are also aggressive: they expect to have a thorium-salt reactor plant supplying power to the grid within 15 years. Molten-salt reactor technology, including the use of thorium, is also being explored by Canada, France, the U.K., India, and Japan.

While fission is already effective, thorium-salt reactors could make it even more so — and the benefits of being potentially meltdown-free and difficult weaponize are added safety perks that we'd all love to have. As the MIT Tech Review notes, it may "usher in a safer future for nuclear power."

Read This Next
Fusion Force
China Announces Plan for Hybrid Fission-Fusion Power Facility
Dam Straight
China Says It's 3D Printing a 590-Foot Hydroelectric Dam With Zero Human Labor
Fusion Update
Chinese Scientists Say They've Discovered Cheap New Way to Do Nuclear Fusion
Brands We Love
Adding Solar Power to Your Home Is Complicated. But It Doesn't Have to Be.
Great Balls of Fire
"Radioactive Gobstoppers" Could Stop the Next Nuclear Reactor Meltdown
More on Earth & Energy
Cow Chow
Yesterday on the byte
Bill Gates Gives $12 Million to Flatulent Australian Cows
Dye in the Water
Yesterday on the byte
Scientists Dye Chunks of Ocean Water Pink for Head-Turning Coastal Experiment
Face/On
Yesterday on the byte
Scientists Found a Dinosaur's Face, Complete With Its Skin
READ MORE STORIES ABOUT / Earth & Energy
Keep up.
Subscribe to our daily newsletter to keep in touch with the subjects shaping our future.
+Social+Newsletter
TopicsAbout UsContact Us
Copyright ©, Camden Media Inc All Rights Reserved. See our User Agreement, Privacy Policy and Data Use Policy. The material on this site may not be reproduced, distributed, transmitted, cached or otherwise used, except with prior written permission of Futurism. Articles may contain affiliate links which enable us to share in the revenue of any purchases made.
Fonts by Typekit and Monotype.