The same energy that fuels the Sun could provide power to the Earth. 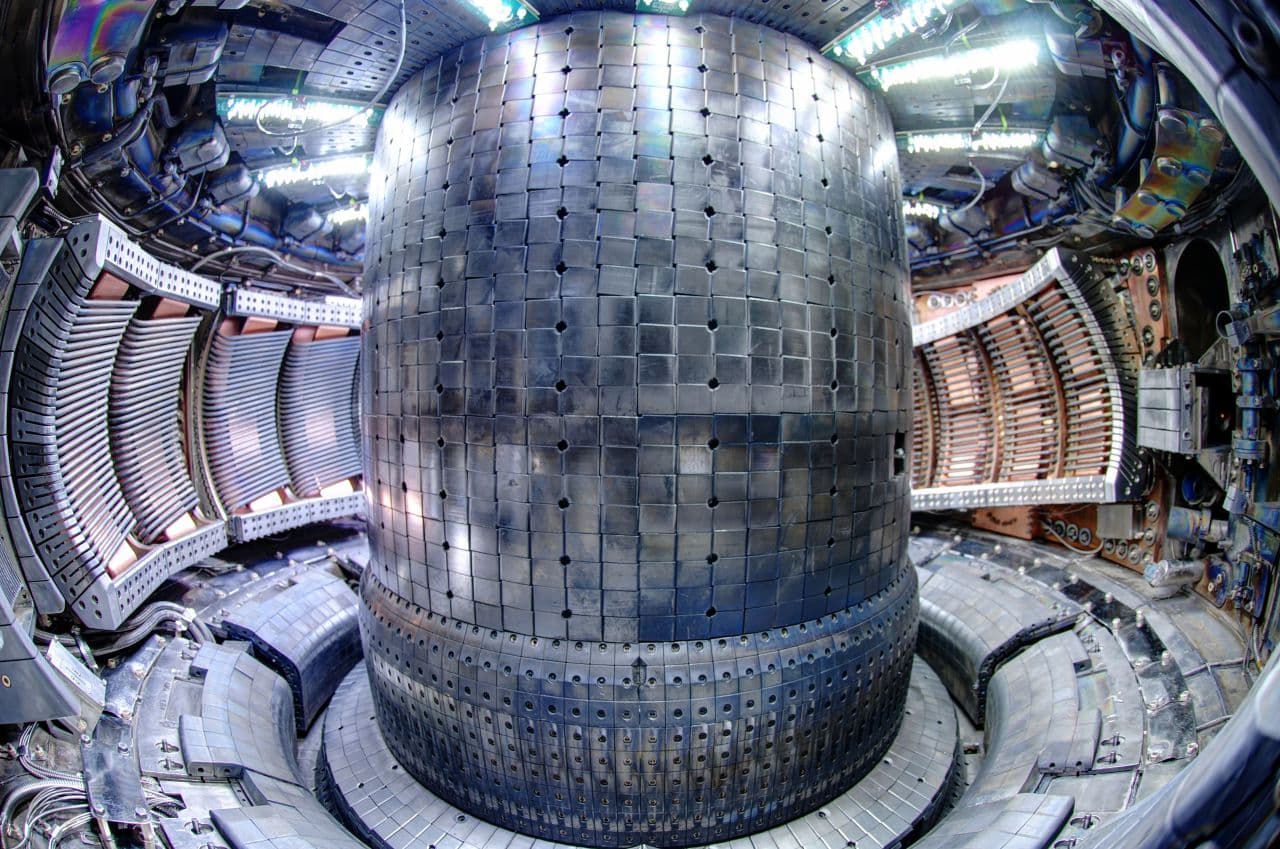 Scientists consider nuclear fusion the "holy grail" of energy production for good reason. Not only could it provide a virtually unlimited amount of energy, the energy would also be clean.

To that end, nuclear scientists have been hard at work since the dawn of the Atomic Age to replicate this energy that feeds the stars, and just this week, a team from the Chalmers University of Technology published a new study in Physical Review Letters that outlines a way to eliminate one of the biggest remaining obstacles.

While nuclear fission creates energy by splitting atoms, fusion works in reverse. By combining two light nuclei, usually hydrogen atoms, nuclear fusion generates several times more energy than fission. Sustaining this reaction, which occurs within conditions of intense pressure and high temperatures, is difficult on its own, and the matter is further complicated by runaway electrons, which can damage or even destroy fusion reactors.

The Chalmers researchers came up with a method to manage these runaway electrons. They found that injecting heavy ions in gas or pellet form into the reactor slows down the erring electrons by colliding with them. "When we can effectively decelerate runaway electrons, we are one step closer to a functional fusion reactor," study co-author Linnea Hesslow said in a university press release.

As efforts to improve the world's renewable energy sources continue, many see nuclear fusion as having the most potential. It can provide clean energy, with virtually zero carbon emissions, and it isn't seasonal like solar and wind.

"Considering there are so few options for solving the world's growing energy needs in a sustainable way, fusion energy is incredibly exciting since it takes its fuel from ordinary seawater,” Hesslow added.

Thankfully, a number of efforts to stabilize nuclear fusion are underway. For instance, a Canadian collective aims to replace fossil fuels with nuclear fusion by the 2030s. That timeline is possible, especially considering the progress made over the past 50 years in fusion energy, but it won't be easy.

“Many believe it will work, but it's easier to travel to Mars than it is to achieve fusion. You could say that we are trying to harvest stars here on Earth, and that can take time,” Hesslow explained. "It takes incredibly high temperatures, hotter than the center of the Sun, for us to successfully achieve fusion here on Earth. That's why I hope research is given the resources needed to solve the energy issue in time."

Read This Next
Solar Slay
Solar Powered Machine Turns CO2 and Waste Plastic Into Valuable Fuel
Fusion vs Fiction
Gloomy Physicists Say Nuclear Fusion Breakthrough Is Too Late to Save Us
Fusion Force
China Announces Plan for Hybrid Fission-Fusion Power Facility
Good Neighbors
German Government Says It May Keep Nuclear Plant Open After All
Unreliable Friends
Archipelagic Nation Sick of Other Countries Breaking Climate Change Promises
More on Earth & Energy
Cow Chow
10:15 PM on the byte
Bill Gates Gives $12 Million to Flatulent Australian Cows
Dye in the Water
9:36 PM on the byte
Scientists Dye Chunks of Ocean Water Pink for Head-Turning Coastal Experiment
Face/On
8:59 PM on the byte
Scientists Found a Dinosaur's Face, Complete With Its Skin
READ MORE STORIES ABOUT / Earth & Energy
Keep up.
Subscribe to our daily newsletter to keep in touch with the subjects shaping our future.
+Social+Newsletter
TopicsAbout UsContact Us
Copyright ©, Camden Media Inc All Rights Reserved. See our User Agreement, Privacy Policy and Data Use Policy. The material on this site may not be reproduced, distributed, transmitted, cached or otherwise used, except with prior written permission of Futurism. Articles may contain affiliate links which enable us to share in the revenue of any purchases made.
Fonts by Typekit and Monotype.