“This was a classic case of humans and computers doing a better job together than either could have separately.” 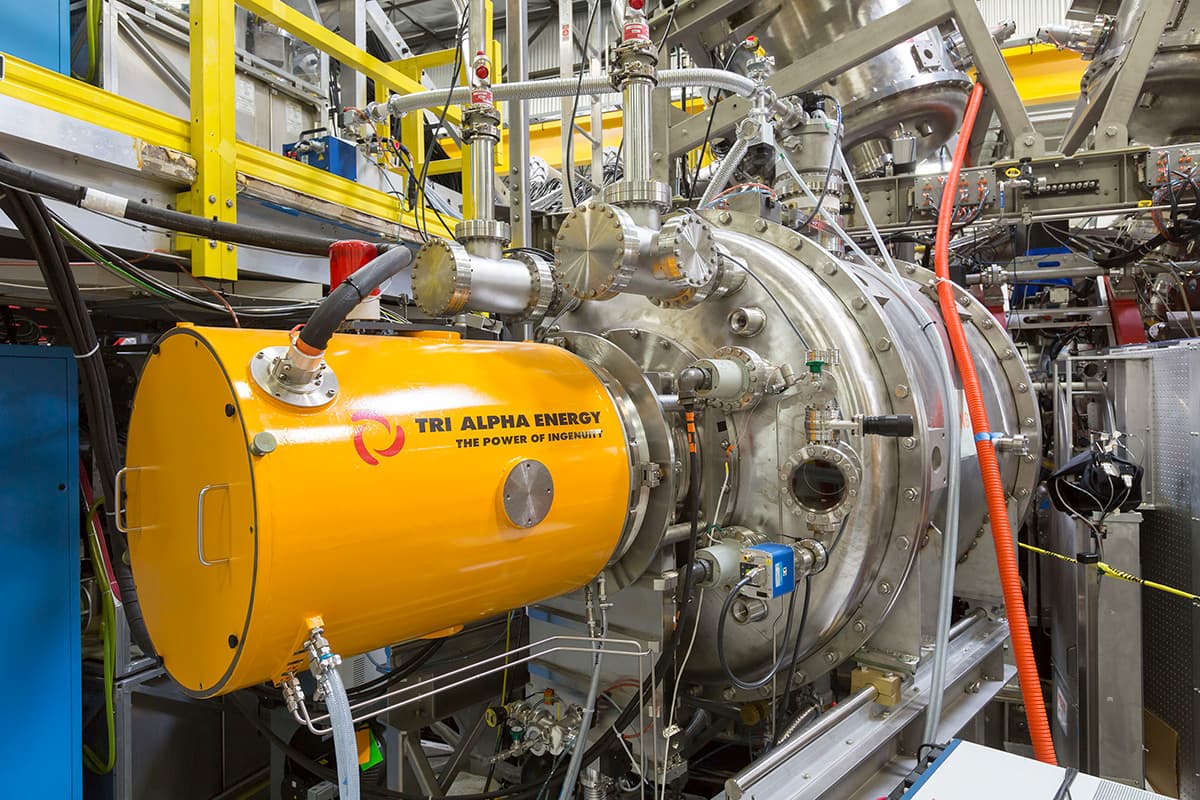 There are already a number of researchers involved in developing stable nuclear fusion. The goal may seem simple enough in theory: harnessing the same energy that powers the Sun— but attaining it has proven to be rather difficult. For one, sustaining a stable nuclear fusion reaction is tricky, as it requires playing with variables that aren't that easy to manipulate. That's why Google Research is working in tandem with nuclear fusion company Tri-Alpha Energy to help simplify the process.

Their solution is a computer algorithm, dubbed the Optometrist algorithm, that can speed up experiments involving plasma, the core ingredient in a fusion reaction. It's also the most challenging aspect to manipulate. “The whole thing is beyond what we know how to do even with Google-scale computer resources,” Ted Baltz, a senior software engineer from the Google Accelerated Science Team, wrote in a Google Research blog.

“We boiled the problem down to ‘let’s find plasma behaviors that an expert human plasma physicist thinks are interesting, and let’s not break the machine when we’re doing it’,” Baltz added. “This was a classic case of humans and computers doing a better job together than either could have separately.”

The Optometrist algorithm was applied to Tri-Alpha Energy's C2-U machine, where it was able to perform experiments that usually took a month to finish in just a few hours. The result, which was published in the journal Scientific Reports, was a 50 percent reduction in system-induced energy losses that increased total plasma energy. “It was only for about two milliseconds, but still, it was a first!” Baltz wrote. The next step is reaching that critical threshold necessary for nuclear fusion to occur and to stabilize.

Fusion research has garnered significant attention in recent years as scientists have recognized its potential as a renewable and clean energy source. Nuclear fusion could generate four times the amount of energy nuclear fission produces  (one fission event yields about 200 MeV of energy, or about 3.2 ´10-11 watt-seconds). It's no wonder, then, that fusion is considered the "holy-grail" of energy research.

Recent questions in fusion research have been concerned with finding ways to stabilize the plasma that powers it — not an easy feat, since it requires temperatures of over 30 million degrees Celsius to sustain. Thus far, some researchers have proposed building better fusion reactors, and others are looking at the possibility of using a different base for plasma. Instead of the usual hydrogen, deuterium, or helium, physicists from the Princeton Plasma Physics Laboratory have been tinkering with argon-based plasma.

Where does Google's algorithm fit in? Well, it could significantly shorten the amount of time needed for each of these experiments. “Results like this might take years to solve without the power of advanced computation,” Baltz said. By running computational models alongside human experiments, the Optometrist algorithm can breeze through every possible combination for nuclear fusion to work.

Tri-Aplha Energy has already ditched the C2-U machine in favor of the more advanced Norman, which already achieved first plasma earlier this month. They're set to build a power generator for demonstration pending more successful experiments with the Norman.

Read This Next
Fusion vs Fiction
Gloomy Physicists Say Nuclear Fusion Breakthrough Is Too Late to Save Us
Fusion Force
China Announces Plan for Hybrid Fission-Fusion Power Facility
It’s Getting Hot In Here
China's "Artificial Sun" Fusion Reactor Just Set a World Record
Great Balls of Fire
"Radioactive Gobstoppers" Could Stop the Next Nuclear Reactor Meltdown
Power Down
Google’s $10 Million Cold Fusion Project Has Failed
More on Earth & Energy
Doomscrolling
Yesterday on the byte
Scientists Say We're Closer to Nuclear Armageddon Than Any Other Point in History
Putting a Spin on It
Yesterday on the byte
Earth's Core Appears to Have Stopped Spinning, Scientists Say
Naurrrrrrrrr!
Jan 21 on the byte
Authorities Euthanize World’s Largest Toad
READ MORE STORIES ABOUT / Earth & Energy
Keep up.
Subscribe to our daily newsletter to keep in touch with the subjects shaping our future.
+Social+Newsletter
TopicsAbout UsContact Us
Copyright ©, Camden Media Inc All Rights Reserved. See our User Agreement, Privacy Policy and Data Use Policy. The material on this site may not be reproduced, distributed, transmitted, cached or otherwise used, except with prior written permission of Futurism. Articles may contain affiliate links which enable us to share in the revenue of any purchases made.
Fonts by Typekit and Monotype.