"A true fusion power station is unlikely to be running before my grandchildren turn 70." 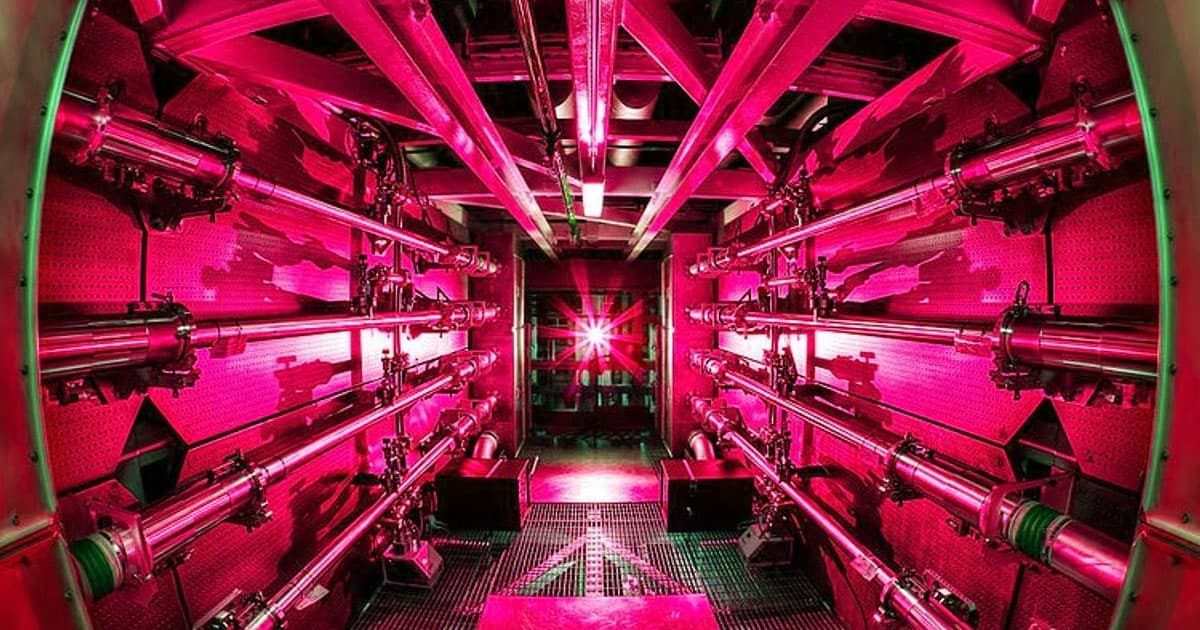 Earlier this month, researchers at the Lawrence Livermore National Laboratory claimed to have achieved a world's first: generating more energy with a fusion reaction than they put into it.

The feat has long been called the "holy grail" of fusion power, and a potentially significant waypoint on the road to generating practical electricity in fusion power plants.

But as experts argue in a number of new letters published by The Guardian, the breakthrough may be too little, too late. Worse yet, the kind of technology developed by the Livermore lab could pave the way for the production of even deadlier nuclear weapons.

In simple terms, argued environmentalist and renewable energy specialist Mark Diesendorf from the University of New South Wales in Australia, we're too far out from feasible fusion power production, running the risk that the tech could be a superfluous red herring.

"To go from break-even, where energy output is greater than total energy input, to a commercial nuclear fusion reactor could take at least 25 years," he wrote. "By then, the whole world could be powered by safe and clean renewable energy, primarily solar and wind."

Chris Cragg, a freelance journalist who specializes in energy and environmental issues, agreed that the development of feasible fusion reactors could take a long time, writing in a separate letter that a "true fusion power station is unlikely to be running before my grandchildren turn 70."

"After all, it has taken 60-odd years and huge amounts of money to get this far," he added, referring to the fact that scientists have been trying to crack the code since the 1950s. (Officials from the US Department of Energy have a more optimistic timetable, suggesting the first fusion pilot plant could start operations "in the early 2030s," according to a recent report.)

Worse yet, as Diesendorf argues, laser fusion systems, like the one used by the researchers at the Livermore lab, could be used to "produce neutrons that can be used to produce the nuclear explosives plutonium-239, uranium-235 and uranium-233."

In other words, future fusion reactors could provide military powers with new ways of generating the raw materials for nuclear bombs.

It's not exactly a stretch either, considering the Livermore lab has a long history of working on nuclear weapons. The facility was founded in 1952 in response to the Soviet Union detonating an atomic bomb in 1949.

In any case, the clock is ticking. While scientists are still poring over the results from this month's experiment, the planet is facing a climate crisis of growing proportions.

Whether fusion will be part of the answer to our climate woes remains to be seen. Scientists certainly still have a lot left to prove, with or without breakthroughs.

READ MORE: Nuclear fusion ‘holy grail’ is not the answer to our energy prayers [The Guardian]

Read This Next
Sundowned
Mexico Bans Startup From Future Solar Geoengineering Experiments
Knew It All Along
Exxon Scientists Knew About Global Warming for Decades While Company Denied It
Futurism
Stanford Scientists Warn That Civilization as We Know It Will End in "Next Few Decades"
Another Breakthrough
Fusion Scientists Claim Net Energy Gain, in Potentially Huge Breakthrough
Sun Shield
Scientists Increasingly Calling to Dim the Sun
More on Earth & Energy
Save Yourselves
Yesterday on the byte
Furious Marsupial So Thirsty For Sex That It’s Dying, Scientists Warn
Stem Ware
Feb 3 on the byte
Scientists Discover World's Oldest Preserved Vertebrate Brain
From Bad to Worse
Feb 2 on the byte
Global Warming Is Worse Than We Thought, AI Tells Scientists
READ MORE STORIES ABOUT / Earth & Energy
Keep up.
Subscribe to our daily newsletter to keep in touch with the subjects shaping our future.
+Social+Newsletter
TopicsAbout UsContact Us
Copyright ©, Camden Media Inc All Rights Reserved. See our User Agreement, Privacy Policy and Data Use Policy. The material on this site may not be reproduced, distributed, transmitted, cached or otherwise used, except with prior written permission of Futurism. Articles may contain affiliate links which enable us to share in the revenue of any purchases made.
Fonts by Typekit and Monotype.