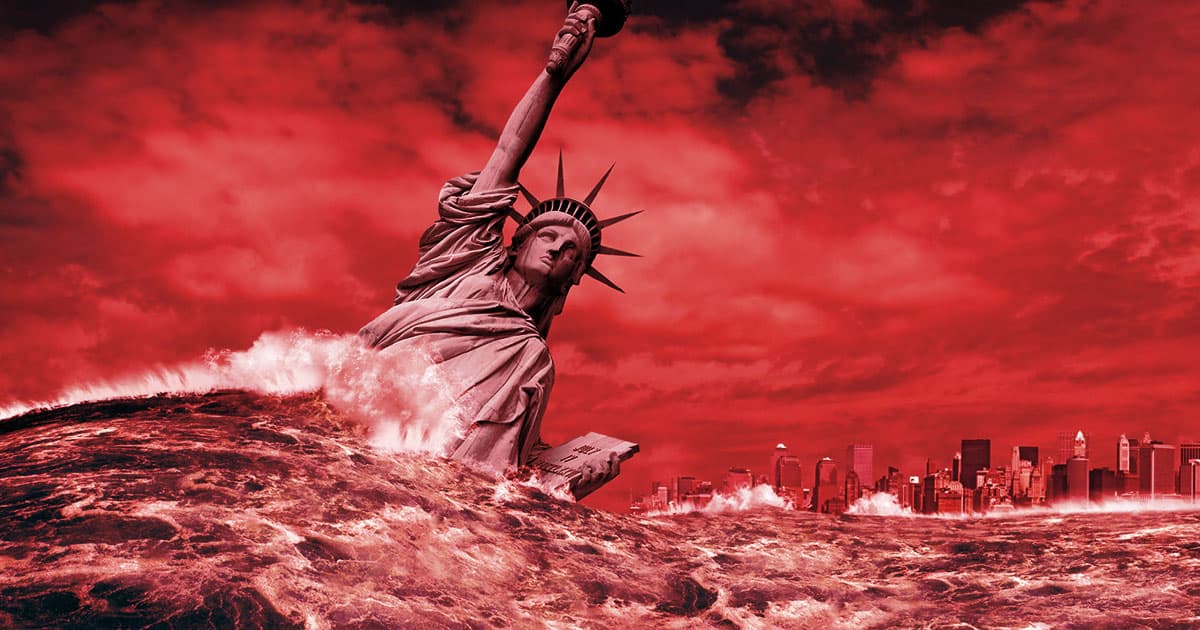 "I have seen many scientific reports in my time, but nothing like this."

"I have seen many scientific reports in my time, but nothing like this."

If the recent threat of nuclear Armageddon hasn’t stressed you out enough already, the latest climate report from the United Nations (UN) might just do the trick.

The UN’s Intergovernmental Panel on Climate Change (IPCC) released a massive report on Monday that paints a dire portrait of the impacts anthropogenic climate change will have on the world’s ecosystems — not to mention humanity.

The report predicts that we have a very slim chance of avoiding the worst effects of climate change. In all likelihood, we’ll experience almost unimaginable climate catastrophe.

“I have seen many scientific reports in my time, but nothing like this,” UN secretary general António Guterres said in a video about the report. “Today’s IPCC report is an atlas of human suffering and a damning indictment of failed climate leadership and reveals how people and the planet are getting clobbered by climate change.”

“Nearly half of humanity is living in the danger zone now,” he added.

The report outlines grim consequences of climate change including the mass die-offs of plant and animal species, collapse of major food and water systems, and the transformation of carbon sinks that absorb carbon dioxide into carbon sources that emit it.

In another ominous turn, the report also offers a warning that large swaths of the world population need to be prepared for the worsening effects of climate change. In certain ways, we’re well past the point of trying to prevent it. Now, it’s about dealing with its impact.

“If regions are not prepared, then people die that don’t need to,” Kristie Ebi, an epidemiologist at the University of Washington and co-author of the report, said during a press conference.