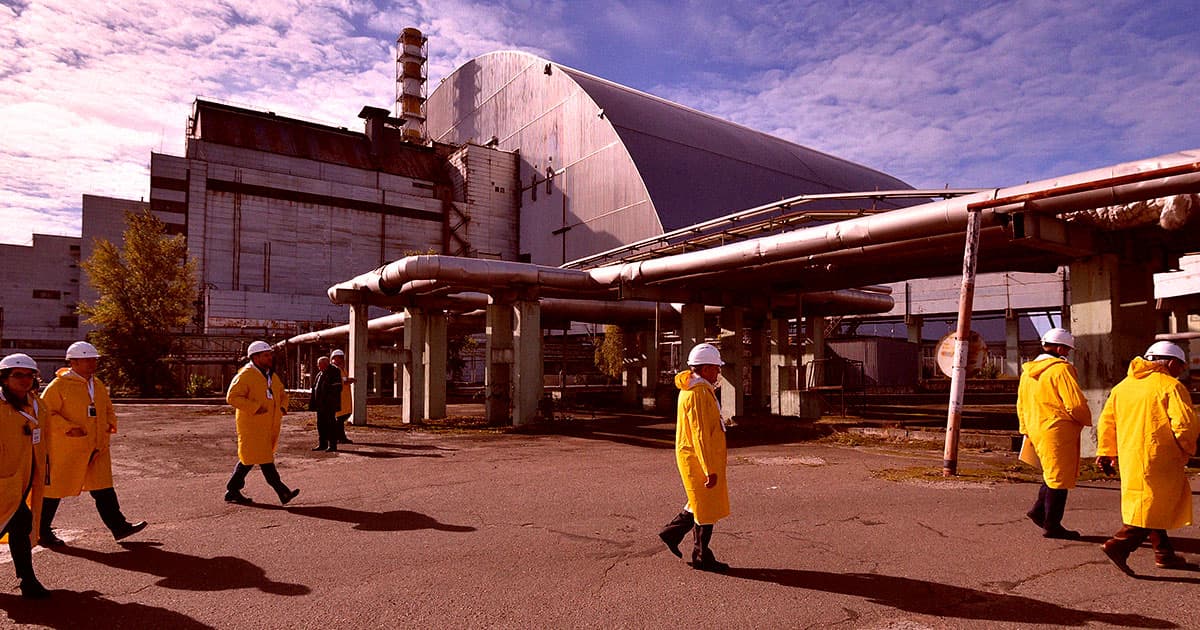 One advisor is warning that an attack could lead to "radioactive nuclear dust" being "spread over the territory."

One advisor is warning that an attack could lead to "radioactive nuclear dust" being "spread over the territory."

In an ominous turn of events, Ukraine’s president says that Russian troops are trying to seize the sealed off Chernobyl nuclear reactor in Pripyat.

Ukrainian President Volodymyr Zelensky said on Twitter on Thursday Russia was "trying to seize" the area, and media are now reporting that fighting has broken out there. The fighting could endanger the Chernobyl Nuclear Power Plant sarcophagus, a massive steel and concrete structure encasing the highly radioactive nuclear reactor that melted down in a 1986 disaster.

"Russian occupation forces are trying to seize the Chernobyl nuclear power plant. Our defenders are giving their lives so that the tragedy of 1986 will not be repeated," Zelensky said. "This is a declaration of war against the whole of Europe."

Anton Herashchenko, former deputy minister and current advisor to Ukraine’s interior ministry, echoed the point in a Facebook post, warning that "if the invaders’ artillery hits" the sarcophagus, "radioactive nuclear dust" could "be spread over the territory of Ukraine, Belarus, and the countries in the EU."

This all came mere hours after Russian President Vladmir Putin announced a full-scale invasion of Ukraine. Moscow has begun military operations throughout Ukraine that includes bombardments of cities, attacks on military bases, and boots-on-the-ground fighting with Ukrainian soldiers.

So basically, things are looking pretty bleak. Not only does this war threaten the lives of millions of innocent Ukrainian citizens, but it also throws the entire geopolitical arena into turmoil.

Now, with the threat of nuclear fallout from Chernobyl rearing its head, it’s clear things might get very ugly very quickly.