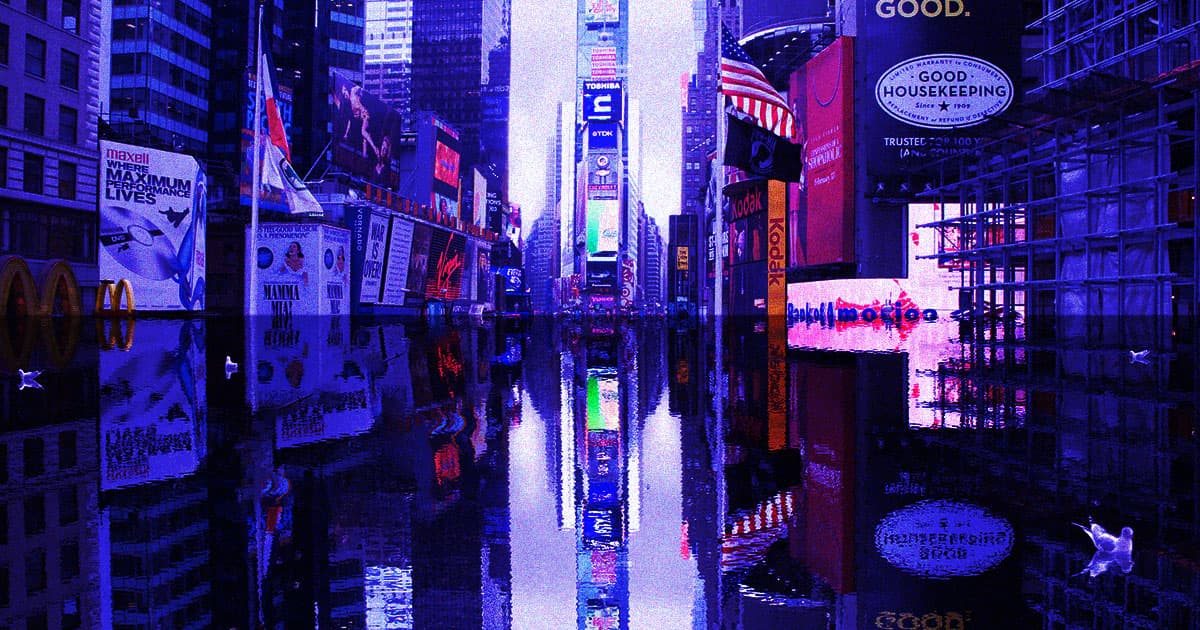 "This report is a wake-up call for the US."

"This report is a wake-up call for the US."

A new report from the National Oceanic and Atmospheric Administration (NOAA) says that sea level along US coastlines could rise by an average of 10 to 12 inches in the next 30 years. If so, that would be as much as the last 100 years of sea level rise.

While the news is undoubtedly grim, NOAA head Rick Spinrad believes it also offers a glimmer of hope.

“This report is a wake-up call for the US, but it’s a wake-up call with a silver lining,” Spinrad said in comments heard by CNN at a news conference. “It provides us with information needed to act now to best position ourselves for the future.”

The report outlined the startling revelation that damaging floods could start occurring “10 times as often as it does today” by 2050. When that happens, coastal cities such as New York City and Miami could even begin experiencing regular flooding even on clear, storm-free days.

“Today’s disruptive, sunny day high tide flooding is a growing problem in many communities, but that will become damaging flooding in 30 years time due to this increase of a foot or more in many East and Gulf Coast communities,” William Sweet, oceanographer at NOAA and lead author of the report, told the broadcaster.

Of course, this would all exacerbate major storms and flooding events such as hurricanes even more. The report estimates that major, destructive floods will “occur five times as often in 2050.”

It’s important to note that this bleak scenario only represents what we are on track for if we keep current emission levels where they are. The more emissions there are, the more warming there will be, and the more sea levels will rise.

Efforts are underway by some world leaders to curb their nation’s contributions to anthropogenic climate change. So there’s at least some hope we can prevent this grim outcome.

“The next 30 years are pretty well in our headlights right now,” Sweet told CNN. “We can give actionable information, but beyond that, emissions matter. It’s collectively in our hands to determine what our future scenario will actually be.”

READ MORE: US sea levels will rise rapidly in the next 30 years, new report shows [CNN]