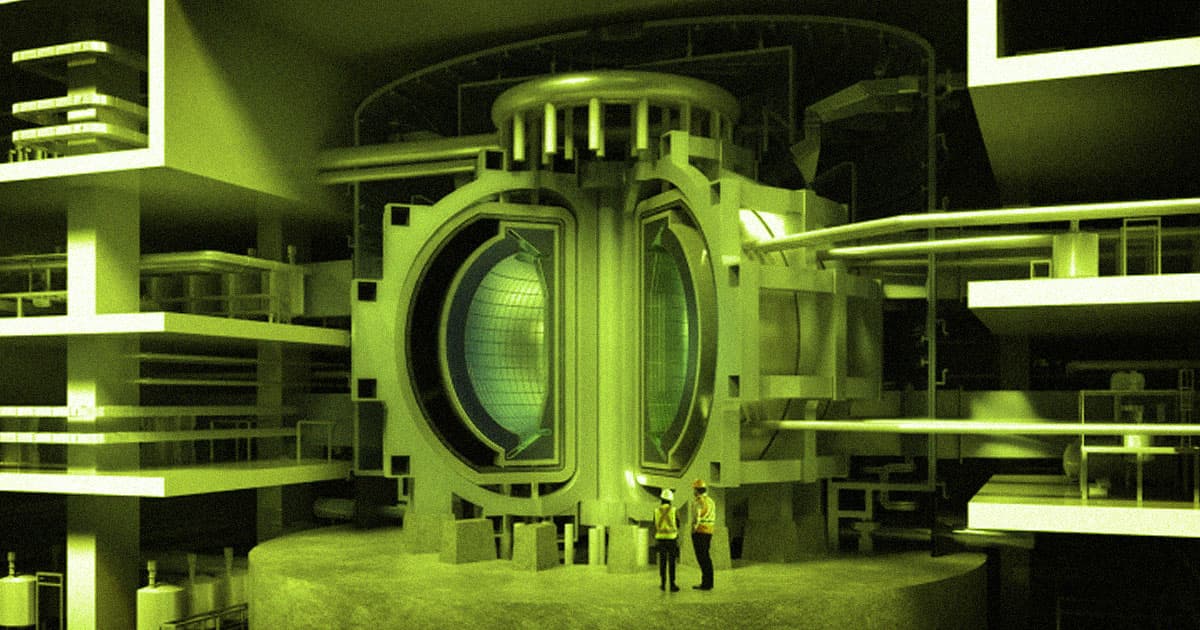 Following what is being hailed as a "major breakthrough" in the field of fusion energy, the US Department of Energy is attempting to drag the tech into a practical form by investing in the development of a pilot fusion plant.

Earlier this month, researchers at the government-backed Lawrence Livermore National Laboratory used the "world's largest and highest energy laser system" to blast light at small capsules of deuterium-tritium fuel — and were able to get more energy out of it than they had to put in, an apparent world first in the long-delayed road of fusion power.

That's something scientists have been trying to achieve since at least the 1950s. Experts say the experiment "provides an existence proof that this is possible," as Mark Herrmann, program director for weapons physics and design at Livermore, told The New York Times.

Those exciting results come the same week as the DOE deciding on which fusion developers to award a $50 million grant to build a 50 megawatt fusion plant, E&E News reports.

The goal is "hopefully to enable a fusion pilot to operate in the early 2030s," a senior DOE official told the publication.

It's the first pilot of its kind and could push US companies to invest in developing technologies that could realize the dream of having fusion reactors powering the grid.

At least 15 companies are seeking the grant, but it's unclear how many of them will be awarded funds.

Despite the most recent breakthrough, scientists still have a lot of work ahead of them. For one, they will have to figure out the feasibility and scalability of systems like the one being used at Livermore.

Then there's the fact that the funding is very modest, according to experts, especially in light of high expectations from lawmakers.

Republicans also are about to take control of the House could also make it a lot more difficult for DOE to make federal funding available. Republican lawmakers have historically voted against approvals for these kinds of energy projects.

Livermore's breakthrough experiment has proven that there's still plenty of enthusiasm and optimism about the idea of powering the grid with fusion reactors.

But scientists are only starting to understand how feasible this idea really is.