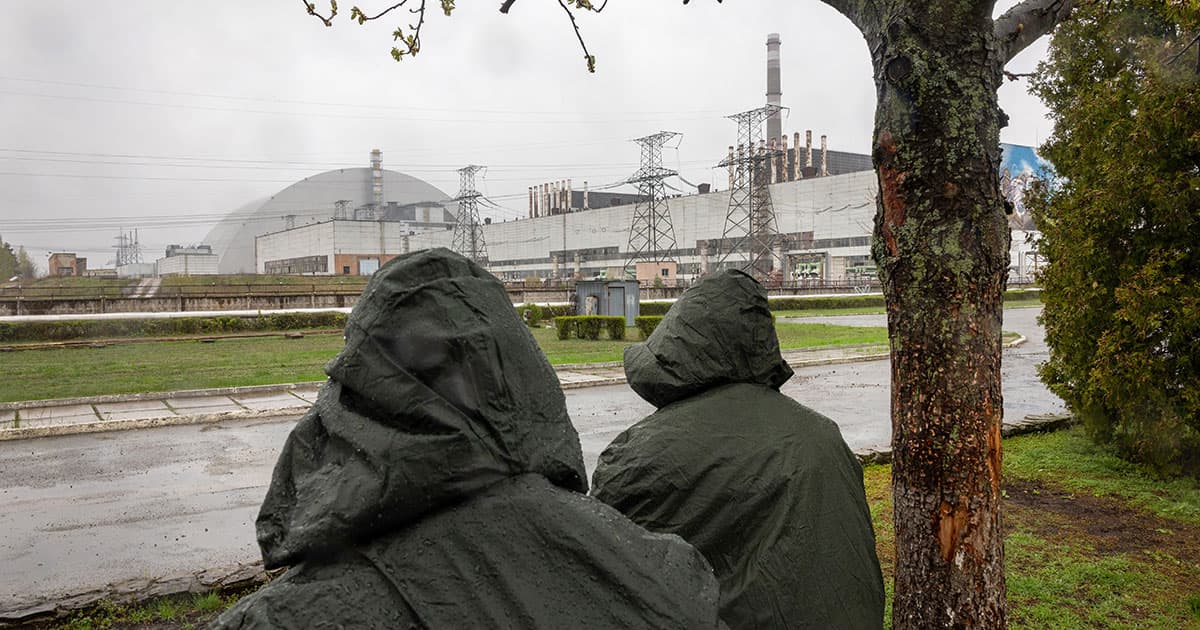 The International Atomic Energy Agency (IAEA), the United Nations' atomic watchdog, is warning that radiation levels at Ukraine's Chernobyl nuclear disaster site have been rising ever since Russian forces took control over the site earlier this year.

"The radiation level, I would say, is abnormal," IAEA director Rafael Grossi said during a visit to the site that marked the anniversary of the Chernobyl disaster 36 years ago, as quoted by Agence France-Presse. "There have been some moments when the levels have gone up because of the movement of the heavy equipment that Russian forces were bringing here and when they left."

"We are following that day by day," he added.

During his visit, Grossi also reiterated that Russia's takeover has been "absolutely abnormal and very, very dangerous" — a warning that we're far from being out of the woods after Russian forces gave up control of the site.

Russian soldiers captured the site in late February, but vacated it over a month later, with soldiers reportedly spreading radiative materials over the region before abandoning it.

All told, the country's reckless actions have made a huge mess of the site of the worst nuclear disaster in human history.

Officials now have the arduous task of picking up the pieces, with the hope that radiation levels will eventually return to normal. But given the uncertainty of the brutal invasion of Ukraine, anything could happen.

Lil Dudes
Something Cool Is Happening to the Frogs at Chernobyl
Oct 3
Read More
Nuclear Power Used to Seem Like the Future. Now Its Fate in the US Is in Question.
9. 27. 18
Read More
Chernobyl Is Being Transformed Into an Immense Renewable Energy Farm
1. 15. 18
Read More
+Social+Newsletter
TopicsAbout UsContact Us
Copyright ©, Camden Media Inc All Rights Reserved. See our User Agreement, Privacy Policy and Data Use Policy. The material on this site may not be reproduced, distributed, transmitted, cached or otherwise used, except with prior written permission of Futurism. Articles may contain affiliate links which enable us to share in the revenue of any purchases made.
Fonts by Typekit and Monotype.