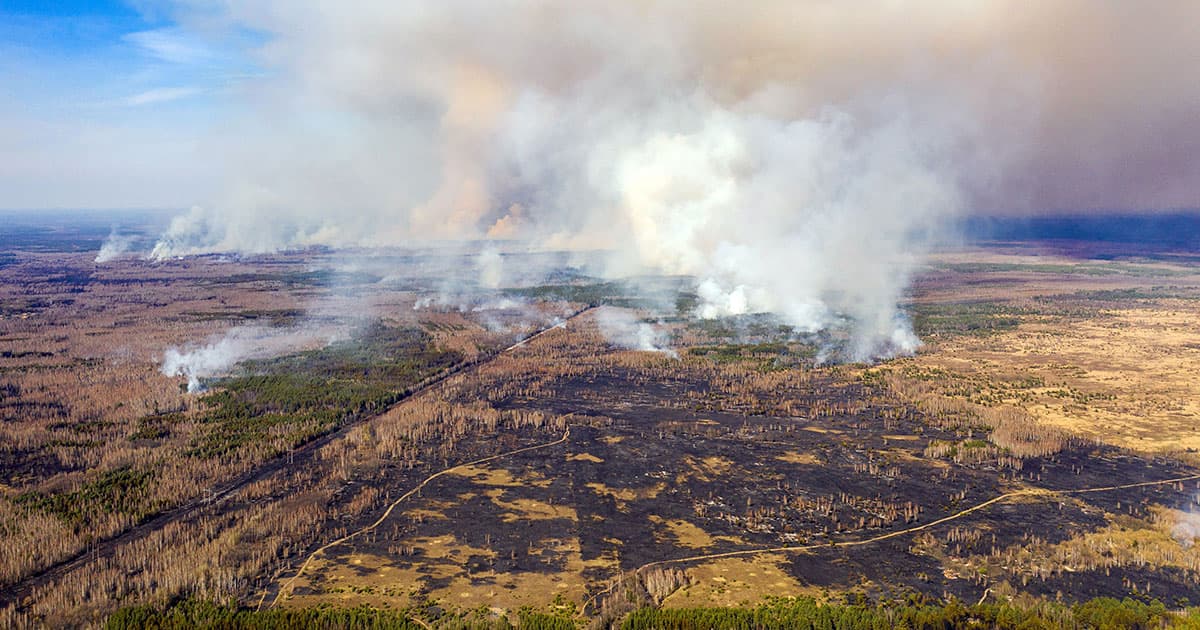 Several forest fires have erupted near the Chernobyl nuclear reactor in Ukraine, which was taken over by Russian troops late last month, The Guardian reports.

According to a statement by Ukrainian government officials, those Russian forces are now impeding efforts to control the seven separate fires within the reactor's exclusion zone, which were spotted by European Space Agency satellites.

While it's still unclear what exactly caused the fires, they were likely ignited by the "armed aggression of the Russian federation," according to the statement.

Scientists have also found that climate change has also led to much drier weather over the past decade, allowing fires like these to start more frequently, a lethal mix given the many ignition sources in the area right now.

Making matters worse is the fact that we have no idea of the current radiation levels at the site.

The potential for disaster is certainly there. A 2020 forest fire caused levels to spike to record levels, according to The Guardian.

"Burning around Chernobyl is a concern because the burning may mobilize radioactive particles that were deposited decades ago when the reactors melted down," University of California wildfires expert LeRoy Westerling told the British newspaper.

Previous research has also shown that smoke can carry these radioactive particles to other areas.

"Radiation levels in the exclusion zone and beyond, including not only Ukraine, but also other countries, could significantly worsen," Energoatom, Ukraine’s state-run nuclear company, told Reuters in a statement.

The Chernobyl plant fell to invading Russian troops in late February. Until this week, Ukrainian scientists were forced to keep operations going at gunpoint, despite power blackouts and appalling working conditions.

Then on Monday, 64 technicians and support staff were finally allowed to go home, as The Wall Street Journal reports.

"We came to work one 12 hour shift and instead we had to work 50 shifts in a row," one staffer told the newspaper.