Dialed Up
Aug 4 by Frank Landymore
Dialed Up
/Earth & Energy 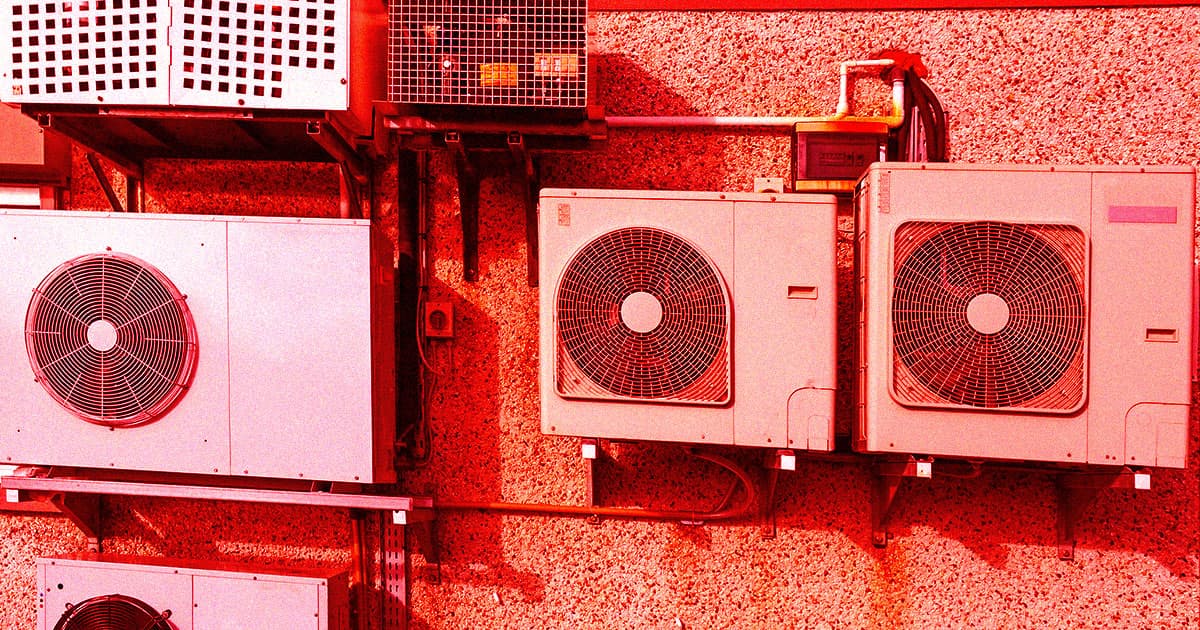 Despite Europe wilting under some of the hottest heatwaves on record, Spain has issued a controversial decree preventing its citizens from setting the thermostat too low in public areas.

As Euronews reports, the decree bans air conditioning units from being set at temperatures lower than 81 degrees Fahrenheit in all public and commercial buildings, which includes shops, train stations, airports, and offices — but households are excluded from the new rules.

The ban is set to go into effect next week and will remain in place through November next year.

Officials claim the air conditioning clampdown is part of the European Union's larger plan to wean itself off Russian gas, in wake of Russia's invasion of Ukraine.

But that’s easier said than done. Spain in particular produces virtually none of its own natural gas despite being Europe’s seventh largest consumer of it, according to the US Energy Information Administration.

The country relies mostly on Algerian imports, but Russia is the country’s second largest supplier, as Bloomberg reports.

Geopolitics aside, raising AC temperatures could be dangerous for the Spanish population.

In July, there were reportedly over 2,000 heat related deaths in Spain alone. Imposing stifling temperatures in buildings where people work could only serve to add to those numbers.

Spain isn’t alone in its decision to limit AC use. France, Greece, and Italy have all taken similar measures to keep thermostats higher in the summer and lower in the winter, in addition to other energy-saving measures such as ordering doors of shops to be kept shut, turning off illuminated signs after closing time, and more.

Not everyone is willing to follow suit, including the region president of Madrid, Diaz Ayuso. In a tweet, Ayuso bluntly stated that "Madrid isn’t going to switch off."

That kind of behavior isn't out of character for Ayuso though, who also resisted the Spanish government's attempts of implementing COVID restrictions.

Some citizens, speaking to Euronews, have suggested a reasonable compromise of lowering the temperature down to around 77 degrees.

But whether those suggestions will sway public officials remains to be seen.

More on European energy: German Government Says It May Keep Nuclear Plant Open After All

Read This Next
Good Neighbors
German Government Says It May Keep Nuclear Plant Open After All
Weird Times
White House Brags That America Is Producing More Oil and Gas Than Ever
Floating Chernobyl
Russia Is Floating a Nuclear Power Plant Across the Arctic
Silent Hill
Horrifying "Black Snow" Blankets Russian Towns
Futurism
To Power Villages And Oil Rigs, Russia Sent A Nuclear Reactor On A “Tsunami-Proof” Barge
More on Earth & Energy
Crude
4:30 PM on futurism
Researchers Still Finding Residue From Massive 2010 BP Oil Spill
Dried Up
Yesterday on the byte
Rangers Keep Discovering Human Remains in Drying Up Lake
Disease Dilemma
Yesterday on futurism
Study: Climate Change Making More Than Half of Infectious Diseases Far Worse
READ MORE STORIES ABOUT / Earth & Energy
Keep up.
Subscribe to our daily newsletter to keep in touch with the subjects shaping our future.
+Social+Newsletter
TopicsAbout UsContact Us
Copyright ©, Camden Media Inc All Rights Reserved. See our User Agreement, Privacy Policy and Data Use Policy. The material on this site may not be reproduced, distributed, transmitted, cached or otherwise used, except with prior written permission of Futurism. Fonts by Typekit and Monotype.