Wait, isn't that headed in the wrong direction? 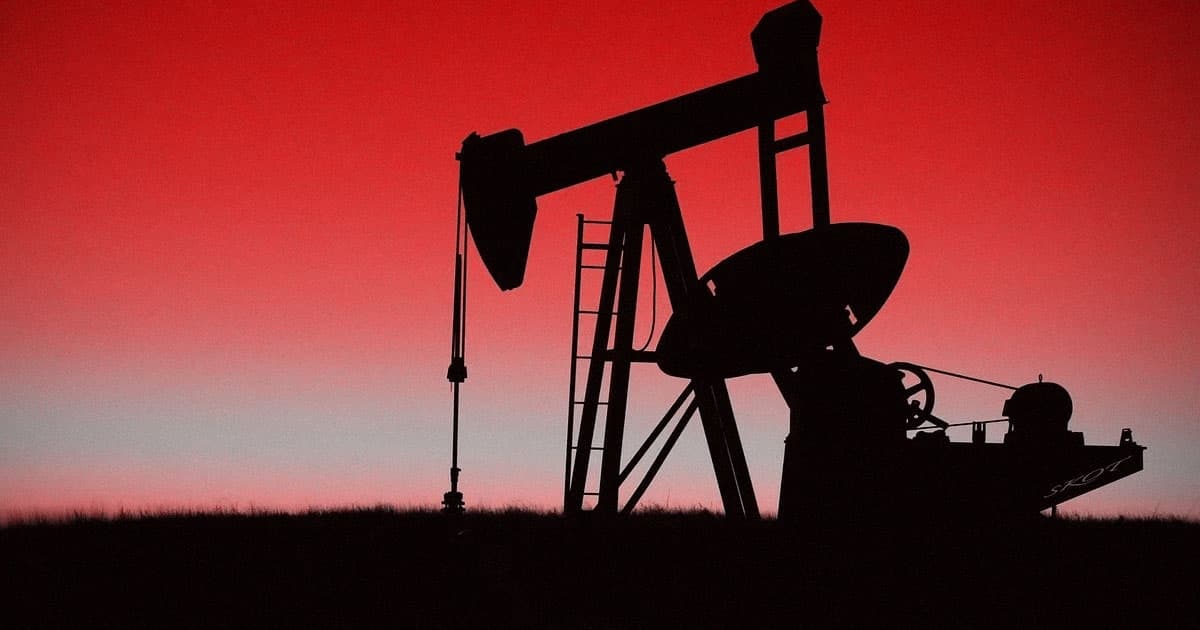 The price of oil is through the roof right now as Russia's invasion of Ukraine continues to send ripples through the global supply chain.

It's a telling moment, considering that much of the world has been nominally working to end its reliance on fossil fuels — but now, countries are now racing to secure oil supplies from elsewhere.

The Biden administration, for one, is doubling down, bragging that it has the United States producing a record amount of oil and gas.

"US production of natural gas and oil is rising and approaching record levels," White House press secretary Jen Psaki said on Sunday. "More natural gas than ever this year, more oil than ever next year, and, even with a global pandemic, more oil production this past year than during the previous administration’s first year."

The context is that as the international community works to distance itself from Russia after the invasion, it's now looking to lessen or end its reliance on Russian oil, which is proving predictably difficult.

In 2021, the US imported about eight percent of its oil supply from the Eastern European nation alone.

Prices soared this week, hitting $139 a barrel, following the US hinting at banning Russian oil and gas while importing more from other countries to make up the difference.

Over the weekend, senior US officials met with Venezuelan leaders, presumably with the hopes of securing oil imports, despite the severing of diplomatic ties in 2019 over Nicolas Maduro's authoritarian rule.

Germany finds itself in even more of a predicament.

"At the moment, Europe's supply of energy for heat generation, mobility, power supply and industry cannot be secured in any other way," German chancellor Olaf Scholz said during a Monday announcement, noting that Russian imports are of "essential importance."

In short, the Western world is still extremely reliant on Russian oil, which could back it into a corner as the violence continues in Ukraine.

But does it have to be this way? The answer to the United States' woes is as evident as it has ever been: ending the reliance on fossil fuels once and for all, regardless of where it's being imported from.

And in its defense, the Biden administration seems aware of that simple fact.

"The only way to protect US over the long term is to become energy independent," Psaki wrote in her Sunday announcement. "That is why the President is so focused on deploying clean energy technologies that don’t require fossil fuels bought and sold on the global market, which will always be vulnerable to bad actors."

Read This Next
Dialed Up
Spain Forcing Public Places to Set AC at or Above 81 Degrees Fahrenheit
Good Neighbors
German Government Says It May Keep Nuclear Plant Open After All
Floating Chernobyl
Russia Is Floating a Nuclear Power Plant Across the Arctic
Silent Hill
Horrifying "Black Snow" Blankets Russian Towns
Futurism
EVs Can't Change the World Until We Change How We Sell Them
More on Earth & Energy
Cow Chow
Yesterday on the byte
Bill Gates Gives $12 Million to Flatulent Australian Cows
Dye in the Water
Yesterday on the byte
Scientists Dye Chunks of Ocean Water Pink for Head-Turning Coastal Experiment
Face/On
Yesterday on the byte
Scientists Found a Dinosaur's Face, Complete With Its Skin
READ MORE STORIES ABOUT / Earth & Energy
Keep up.
Subscribe to our daily newsletter to keep in touch with the subjects shaping our future.
+Social+Newsletter
TopicsAbout UsContact Us
Copyright ©, Camden Media Inc All Rights Reserved. See our User Agreement, Privacy Policy and Data Use Policy. The material on this site may not be reproduced, distributed, transmitted, cached or otherwise used, except with prior written permission of Futurism. Articles may contain affiliate links which enable us to share in the revenue of any purchases made.
Fonts by Typekit and Monotype.