"You are killing yourself... and you are also killing everything around you." 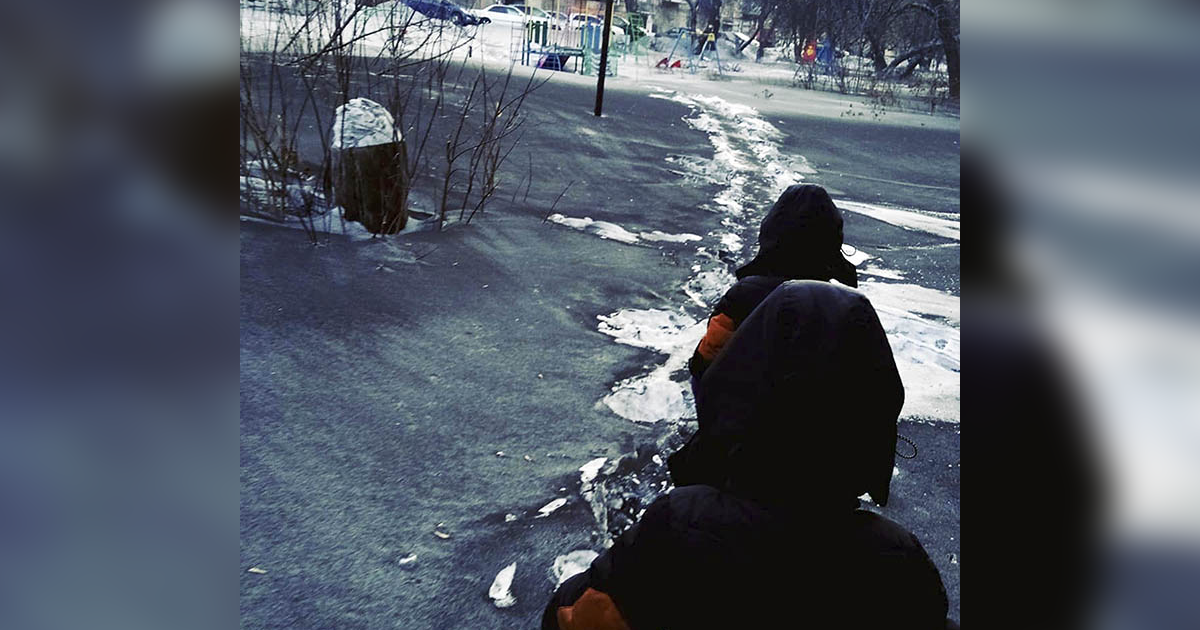 Several weeks ago, residents of Russia's Kuzbass region began posting videos and images to social media of the snow falling over their towns. The reason? The snow was midnight black.

After investigating the issue, local police opened a criminal case against a coal-processing plant in the area on Monday, which had allegedly been pumping so much unfiltered coal dust into the atmosphere that it caused the snow to look like volcanic ash.

The following day, the region's governor announced that he was closing the plant temporarily — though Russia's pollution woes are far from over.

According to a story published by the AFP on Tuesday, prosecutors found that the Cherkasovskaya coal-processing plant committed "long-term, systematic" violations of limits on air pollution and didn't filter its coal dust at all before pumping it into the atmosphere.

Based on lab tests, the pollution levels in the city of Kiselyovsk were more than double limits considered safe.

"You are killing yourself and you are killing all your people who work for you and you are also killing everything around you," Kuzbass regional governor Sergei Tsivilyov said in televised comments on Tuesday, according to the AFP.

Hopefully, the closing of the Cherkasovskaya plant will help with Kiselyovsk's air issues. But other regions in Russia continue to battle their own pollution problems.

While black snow has been falling on several cities in the Kuzbass region, green snow has been pummeling the Russian city of Pervouralsk — and it's reportedly causing a host of health problems.

"The children got sick, they had a cough and their skin turned red, with rashes on their faces," resident Natalya Solovey told ND News, according to The Independent.

Many blame the strange phenomenon on chemicals from a local chrome factory, but factory spokesperson Vsevolod Oreshkin denied the allegations with some incredibly not-reassuring comments to ND News.

"It’s a routine situation for residents that should not cause alarm. Does not threaten lives or health of adults and children," Oreshkin said. "It’s Pervouralsk. There are a whole variety of industrial enterprises here. If we take samples of snow in any place we will see a multitude of dangerous substances."

More on coal: Reducing Our Dependency on Coal Will Make Us Healthier in the Long Run

Read This Next
Circle of Life
Hooray! The Great Pacific Garbage Patch Has Become a Thriving Ecosystem, Scientists Say
Weird Times
White House Brags That America Is Producing More Oil and Gas Than Ever
Sinking City
Indonesia Is Switching Capital Cities Because the Old One Is Sinking Into the Ocean
Coal Crypto
Bitcoin Mining Company Buys Entire Coal Power Plant
Brands We Love
Cut Plastic Waste With a LastSwab Reusable Swab
More on Earth & Energy
That Sssssucks
Yesterday on the byte
Unfortunate Snake Causes Power Outage for 10,000 Homes
Fashion Week
Jul 2 on the byte
Scientists Discover Horrifying Crab That's Covered in "Hair"
Fire Bird
Jul 1 on the byte
Experts Say Birds Are Catching on Fire on Power Lines and Starting Wildfires
READ MORE STORIES ABOUT / Earth & Energy
Keep up.
Subscribe to our daily newsletter to keep in touch with the subjects shaping our future.
+Social+Newsletter
TopicsAbout UsContact Us
Copyright ©, Camden Media Inc All Rights Reserved. See our User Agreement, Privacy Policy and Data Use Policy. The material on this site may not be reproduced, distributed, transmitted, cached or otherwise used, except with prior written permission of Futurism. Fonts by Typekit and Monotype.