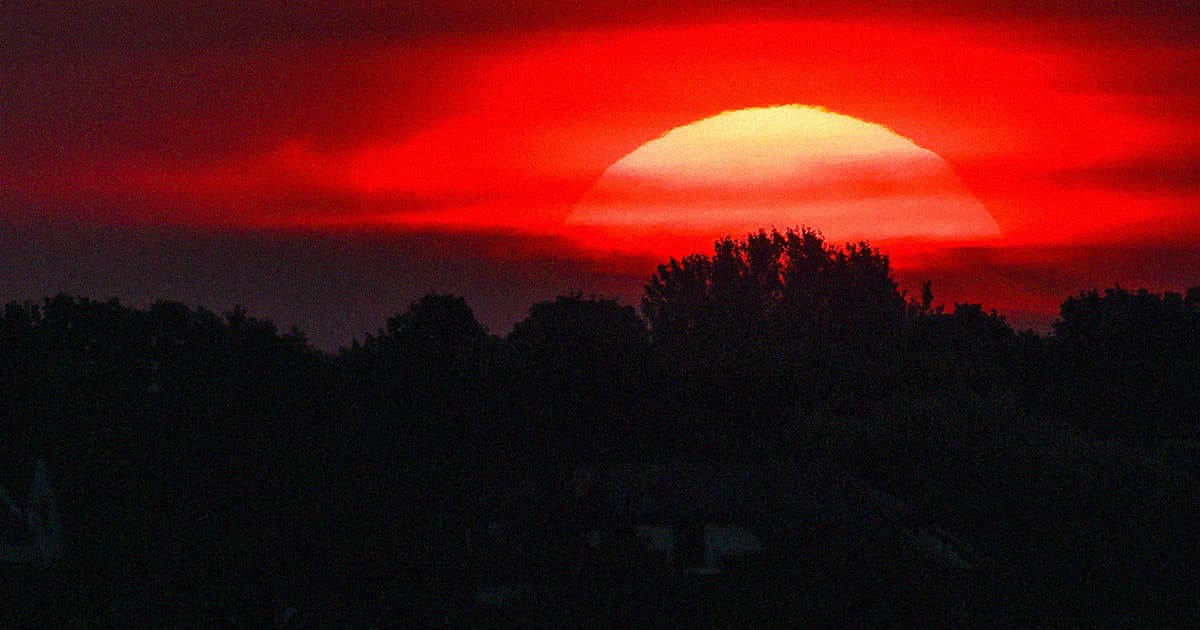 "We could see temperatures like this every three years."

"We could see temperatures like this every three years."

The UK is generally known for its gloomy, overcast weather and cold, rainy days. But climate change could be changing that, with the country getting scorched by a blistering heat wave this week.

Not only did the UK just experience its hottest night on record on Monday night, but it then had its hottest day ever recorded on Tuesday, according to multiple news outlets and the Met Office, the UK's national meteorological service.

On Tuesday, temperatures soared to 104.5 degrees Fahrenheit — so high that it broke the previous record in 2019 of 101.7 degrees multiple times in one day. First, Heathrow set the record at 104.3 degrees earlier in the day, but that was soon broken by the inaugural 104.5 degrees at Coningsby, Lincolnshire just a few hours later.

Between tarmac melts, trains coming to a standstill, road crews on standby to dump sand on melted roads, and wildfires dance between forests, the UK isn’t a country equipped for this kind of heat, much like its European neighbors. Homes typically aren’t equipped with AC, and buildings are designed to retain heat — now bygone features of an era when temperatures were, well, normal.

Now, not even the night offers relief from the pervasive heat. Just the night before Tuesday, the previous high for the daily minimum temperature of 75 degrees in 1990 was surpassed at 78.6 degrees. Nights might still be cool in relative terms when compared to the scorching daytime heat, but in absolute terms? Not cool at all.

Stephen Belcher, the Met Office chief scientist, said in a statement that he "never expected to see this in [his] career," and that these kinds of temperatures in the UK are "virtually impossible" in an "undisrupted climate."

"But climate change driven by greenhouse gases has made these extreme temperatures possible," Belcher continued.

That's not all. Belcher also warned that the UK "could see temperatures like this every three years."

Not good news when the country's infrastructure wilts under every passing heatwave.

More on Europe climate woes: Over a Thousand Die in European "Heat Apocalypse"

From Our Partners
10 Thought-Provoking Books That Give Us Insight And Understanding Into Our Future
8. 9. 21
Read More
Dim Sun
Top US Scientists Propose Research Into Blocking Sun to Fight Climate Change
3. 26. 21
Read More
Walk The Walk
Bezos Coughs Up Pathetic 7% of Net Worth to Fight Climate Change
2. 18. 20
Read More
+Social+Newsletter
TopicsAbout UsContact Us
Copyright ©, Camden Media Inc All Rights Reserved. See our User Agreement, Privacy Policy and Data Use Policy. The material on this site may not be reproduced, distributed, transmitted, cached or otherwise used, except with prior written permission of Futurism. Fonts by Typekit and Monotype.