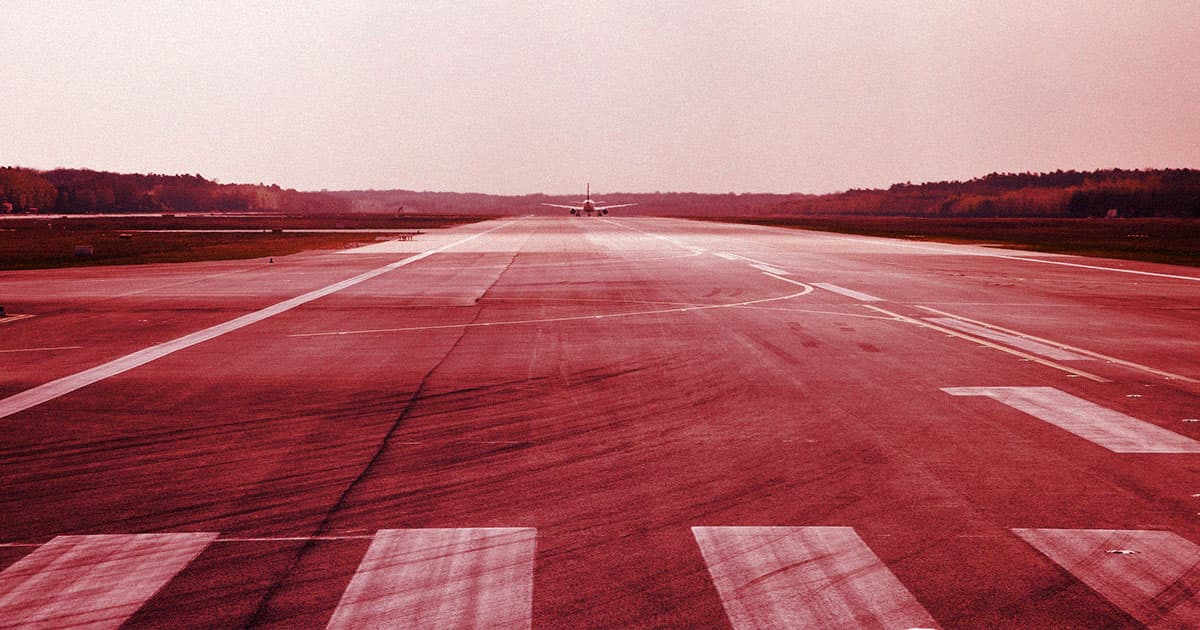 England is getting cooked by a deadly heatwave — literally, in the case of one Royal Air Force base, where it got so hot, the runway actually melted.

As the UK's Sky News reports, planes had to be rerouted from the Brize Norton air base near London when the base had to shut down over the heat that reached record high temperatures.

As Sky News' Deborah Norton noted in a tweet thread announcing the closure, an RAF spokesperson said, with ample British curtness, that "the runway has melted."

"During this period of extreme temperature flight safety remains the RAF’s top priority," the RAF said in a Twitter statement, "so aircraft are using alternative airfields in line with a long-established plan. This means there is no impact on RAF operations."

The issue of melting tarmac during the UK's brutal heatwave, in which temperatures have hovered around 98-100 degrees Fahrenheit in the London metropolitan area and are expected to climb even higher, isn't exclusive to the British military.

As the BBC reported over the weekend, road crews have been on standby in parts of England where surface temperatures got as high as 122 degrees Fahrenheit, causing the tarmac to become a "tacky and dangerous" mess of bubbly guck.

The report notes that in spite of the record-high heatwave, this is not the first time it's gotten hot enough in the UK to melt tarmac, though it hasn't happened there since 2006, when rock salt had to be spread on the road to unstick the roads.

It's hard to say whether it's worse for cars or planes to have to deal with melting tarmac, but it's certainly a mess either way.

From Our Partners
10 Thought-Provoking Books That Give Us Insight And Understanding Into Our Future
8. 9. 21
Read More
Dim Sun
Top US Scientists Propose Research Into Blocking Sun to Fight Climate Change
3. 26. 21
Read More
Walk The Walk
Bezos Coughs Up Pathetic 7% of Net Worth to Fight Climate Change
2. 18. 20
Read More
+Social+Newsletter
TopicsAbout UsContact Us
Copyright ©, Camden Media Inc All Rights Reserved. See our User Agreement, Privacy Policy and Data Use Policy. The material on this site may not be reproduced, distributed, transmitted, cached or otherwise used, except with prior written permission of Futurism. Fonts by Typekit and Monotype.