This "Molecular Coffee" is Brewed Entirely Without Beans

But it's unclear what it's actually made of. 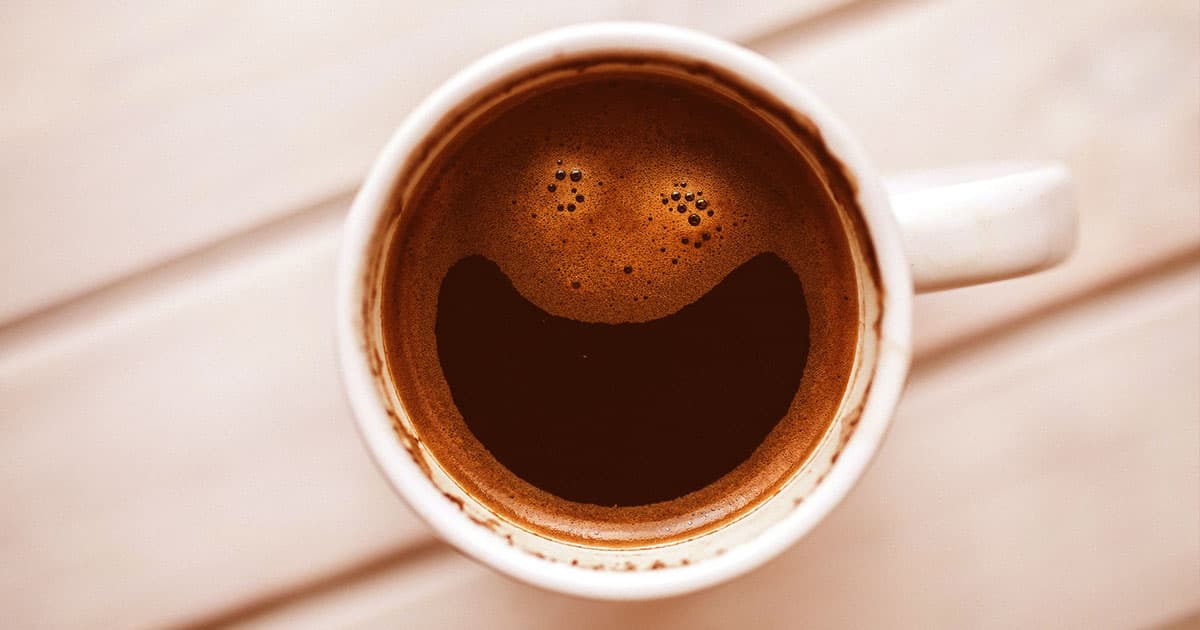 Take the animal out of meat, and you've got fake meat. Take the dairy out of milk and you have soy or almond milk. But what happens when you try to take the bean out of the coffee?

Seattle-based startup Atomo has developed a "molecular coffee" that promises to make a better cup without needing to harvest a single coffee bean. The company is touting it as a way to ditch the cream or sugar, since their product is engineered from the ground up to deliver the desirable flavors and aromas of a great cup of coffee.

Atomo CEO Andy Kleitsch and microbiologist Jarret Stopforth are the faces behind Atomo. They believe they've identified the 40 or so compounds found in the proteins and oils of coffee that represent the body, mouth feel, aroma, and color of coffee, and built a product made out of naturally derived sustainable ingredients.

The result: "the smoothest coffee you've ever had - with a caffeine kick you'd expect," their peppy Kickstarter page reads. The product itself is not a powder you dissolve in hot water — the team decided to replicate the traditional coffee-making ritual by creating grounds instead.

Atomo says the grounds are made of "upcycled plant-based materials," but it's incredibly vague about what that actually means. "At this time we're not disclosing our ingredients," reads a the FAQ in the company's press kit.

There are several reasons we shouldn't over-rely on growing coffee.

Coffee growers are increasingly feeling the negative effects of climate change and deforestation. A 2019 study found that 60 percent of wild coffee species are under threat of extinction.

There are the labor issues plaguing the coffee industry. Even the biggest coffee companies themselves, including Nestlé, are starting to admit the risk of slave labor being used on coffee plantations around the world.

There's also cost. The steep price of a high-grade, locally roasted bag of coffee beans can be inhibiting to some. Atomo's offerings, according to their Kickstarter, bring that price down to just under 40 cents a cup.

But are we really ready to say goodbye to the coffee bean? Atomo, for one, is convinced we are.

More on futuristic coffee: This Ridiculous Startup Wants to Roast Coffee in Space

Read This Next
Brands We Love
This Anti-Aging Coffee Creamer Fights Collagen Loss and Sagging Skin
From Our Partners
10 Thought-Provoking Books That Give Us Insight And Understanding Into Our Future
Brands We Love
This Specially Designed Coffee Alternative Is the Smarter Way to Start Your Day
Brands We Love
This Coffee Concentrate Lets You Transform Any Liquid Into a Delicious Caffeinated Beverage
Dim Sun
Top US Scientists Propose Research Into Blocking Sun to Fight Climate Change
More on Sci-Fi Visions
Getting Worse
Friday on the byte
Bitcoin Just Had Its Worst Month in Crypto's Entire History
FROM THE DEPT. OF...
Friday on futurism
Good Buys: Outer Brown Wicker Outdoor Armchair Conversation Set
FROM THE DEPT. OF...
Friday on futurism
Oh, Say Can You See These Amazing 4th of July Sales
READ MORE STORIES ABOUT / Sci-Fi Visions
Keep up.
Subscribe to our daily newsletter to keep in touch with the subjects shaping our future.
+Social+Newsletter
TopicsAbout UsContact Us
Copyright ©, Camden Media Inc All Rights Reserved. See our User Agreement, Privacy Policy and Data Use Policy. The material on this site may not be reproduced, distributed, transmitted, cached or otherwise used, except with prior written permission of Futurism. Fonts by Typekit and Monotype.