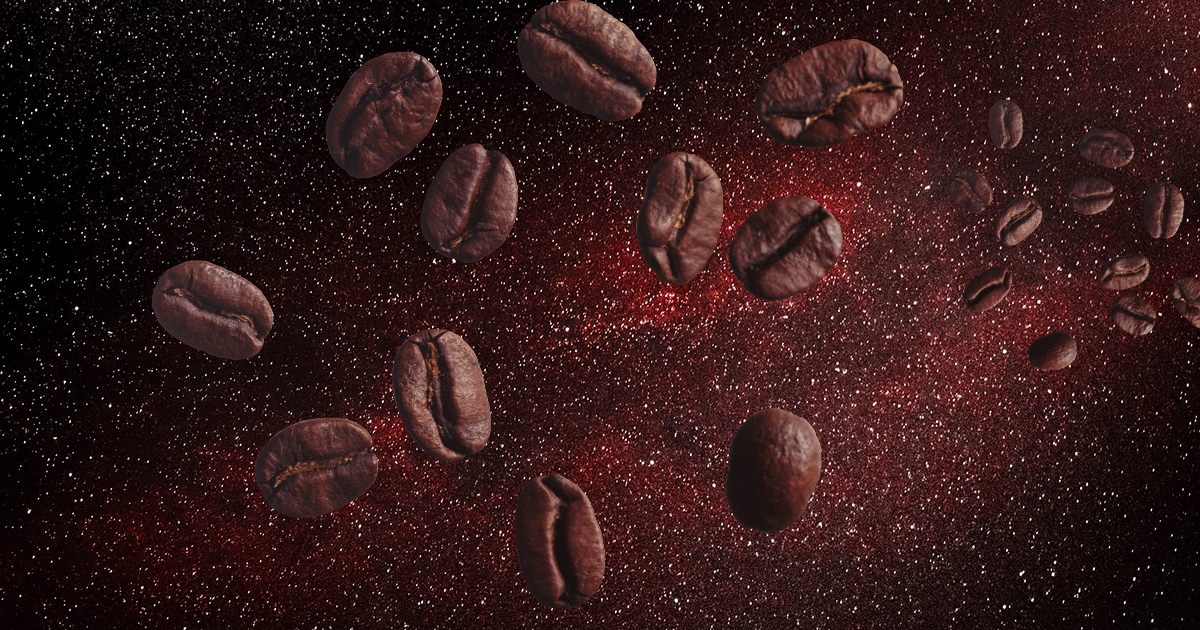 This Ridiculous Startup Wants to Roast Coffee in Space

A preposterous solution to a nonexistent problem.

A preposterous solution to a nonexistent problem.

Centuries of technological advancements have perfected the process of roasting and brewing coffee. A global network of trade routes allows people around the world to enjoy delicious, piping hot coffee made from beans grown thousands of miles away.

That's why a startup called Space Roasters is so preposterous: it wants to roast coffee in space.

"We believe it is time to revolutionize coffee roasting using space technology," said founder Hatem Alhafaji and Anders Cavallini in an interview with Room magazine.

Or maybe it's an over-engineered solution to a problem that doesn't exist.

Space Roasters' plan is to use the heat created during reentry from space through Earth's atmosphere to roast coffee beans. The startup even developed a specially designed capsule that carries beans before plummeting back to Earth using a parachute.

The price: Ars Technica's back-of-the-envelope calculations estimated that a cup will cost around $500 — that is, if they find a company with a launch vehicle that's willing to launch its equipment into space. According to The Guardian, it's already in discussions with Rocket Lab and Blue Origin.

Not only is the resulting product absurdly expensive, but it could also end up taking up valuable cargo space on future space missions that could be filled by literally any other more meaningful scientific initiative.

Space Roasters' site inspires little confidence. It claims its team includes "more than 27 enthusiast space expert [sic] in their field," and claims to be "bringing people together" by combining "space and science."

Not only is that weirdly vague, but it never justifies its existence. Does it improve the roasting process? Does it bring better coffee to more people? More likely: it's just a fun thought experiment for bored engineers.

Naturally, Space Roasters has already announced a pre-sale campaign to sell their yet-to-materialize product. Our takeaway: the only thing Space Roasters has demonstrated is that even the most ludicrous startup concept can rack up mainstream media attention.

More on snake oil: A Man Is Suing A Cryonics Company For Cutting Off His Dad's Head

Pale Blue Shat
William Shatner Explains Why His Trip to Space Was Horrible
12. 9. 22
Read More
Monkey Business
China Plans to Send Monkeys to Space Station to Have Sex With Each Other
11. 3. 22
Read More
Overview Effect
William Shatner Says His Space Trip Left Him With a Feeling of Terrible Grief
10. 11. 22
Read More
+Social+Newsletter
TopicsAbout UsContact Us
Copyright ©, Camden Media Inc All Rights Reserved. See our User Agreement, Privacy Policy and Data Use Policy. The material on this site may not be reproduced, distributed, transmitted, cached or otherwise used, except with prior written permission of Futurism. Articles may contain affiliate links which enable us to share in the revenue of any purchases made.
Fonts by Typekit and Monotype.