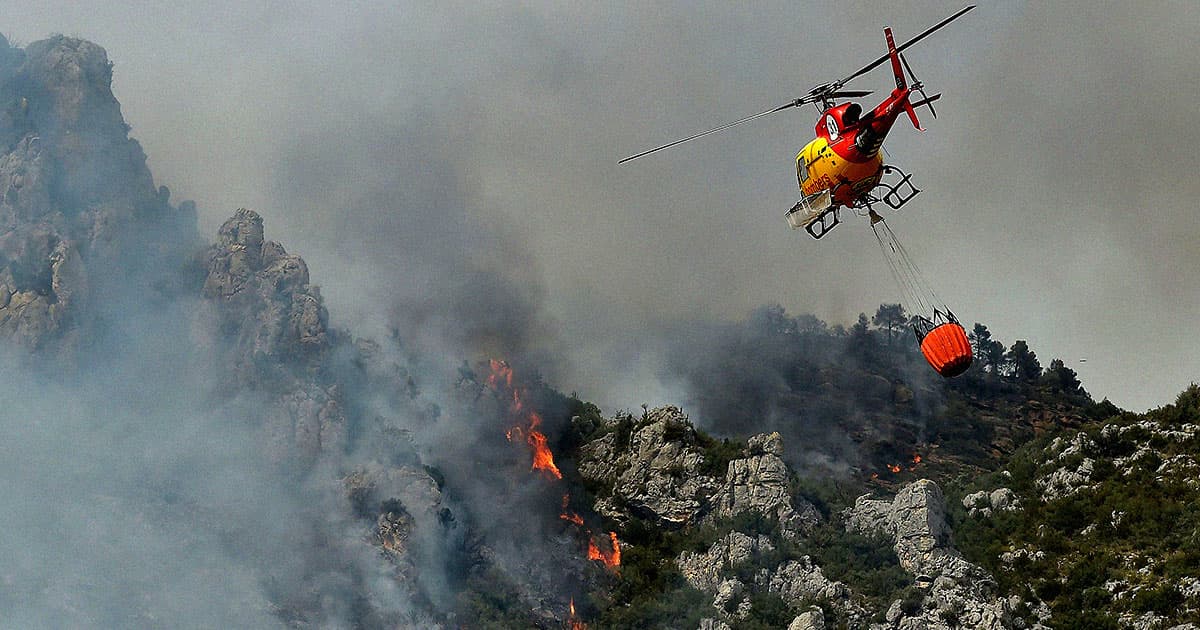 Over a Thousand Die in European "Heat Apocalypse"

Europe is being gripped by a devastating heat wave, triggering wildfires and forcing tens of thousands of people from their homes — whiling killing over a thousand more.

Over 1,100 people died in Spain and Portugal alone due to heat-related causes over the last two weeks, according to Axios.

Temperatures soared well past the 104 degrees Fahrenheit mark (that's 40 degrees Celsius), with the UK hitting an all-time record of 104.3 degrees Fahrenheit, the BBC reports. Parts of the country are now under a "Red warning" for extreme heat, for the first time in history.

While those kind of temperatures may be common in other places of the world, Europe is ill prepared. The London Underground, for instance, had to suspend some services due to the lack of air conditioning.

In short, the effects of climate change are on full display — and could be a grim sign of things to come, in the absence of drastic climate action.

Southern Europe lit up in in "monster" wildfires, with authorities warning of "very extreme" fire danger this week in areas across Spain, southern France, Italy, and even the UK, according to the BBC.

"In some south-western areas it will be a heat apocalypse," meteorologist François Gourand told Agence France-Presse.

It's a sad reality — but it's far from surprising, given global average temperatures have risen by 1.1 degrees Celsius since pre-industrial levels, largely due to human activity.

And that's making heat waves like this one substantially more likely to occur in any given year, according to experts.

In short, "climate change affects everyone," as one local resident in Spain told Reuters.