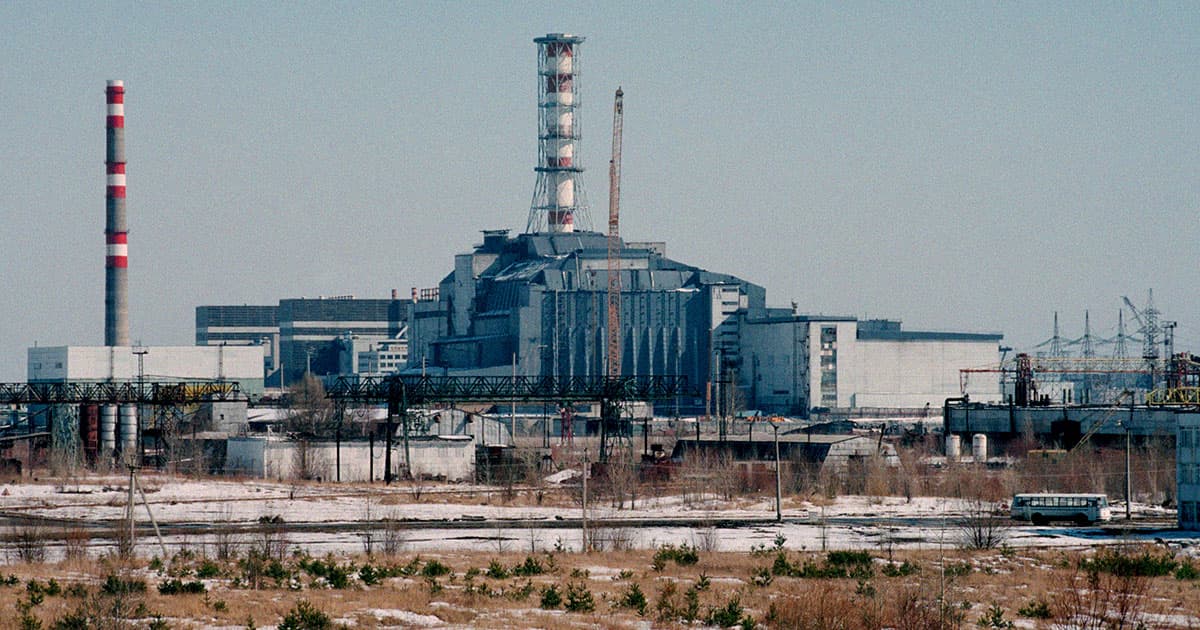 The Chernobyl nuclear power station in Ukraine was hit by a blackout after Russian forces caused significant damage to the facility last month, according to the International Atomic Energy Agency (IAEA).

The station is now operating on backup diesel generators. Workers at the site now have 48 hours to figure out how to turn the lights back on.

While that sounds like a dire situation, the IAEA is urging calm.

The facility's spent fuel rods, which are more than 20 years old, have to be cooled with copious amounts of water as the fuel creates heat from radioactive decay. Fortunately, according to the agency, there's enough water in the spent fuel storage pool "for effective heat removal without need for electrical supply." In short, the water heats up even more and simply evaporates over time instead of being pumped in and out to keep the pool at a steady temperature.

Despite these assurances, it's still a very troubling situation. According to a March 3 update by the IAEA, staff have been facing "psychological pressure and moral exhaustion" for weeks now, as they operate the plant at gunpoint following the capture.

That also means making any repairs is impossible, unless Russian forces occupying the plant agree to have technicians come in.

The blackout also makes it impossible for nuclear security agencies like the IAEA to monitor the radiation levels in and around the site, according to one expert.

Ukraine's foreign minister Dmytro Kuleba's tone was noticeably more agitated by the news than the IAEA. After pointing out the diesel generators were only able to cool the plant for two days, he said that "cooling systems of the storage facility for spent nuclear fuel will stop, making radiation leaks imminent."

"I call on the international community to urgently demand Russia to cease fire and allow repair units to restore power supply," he added.

Nuclear Power Used to Seem Like the Future. Now Its Fate in the US Is in Question.
9. 27. 18
Read More
To Power Villages And Oil Rigs, Russia Sent A Nuclear Reactor On A “Tsunami-Proof” Barge
4. 30. 18
Read More
Congress Hasn't Given up on Nuclear Power
3. 11. 18
Read More
+Social+Newsletter
TopicsAbout UsContact Us
Copyright ©, Camden Media Inc All Rights Reserved. See our User Agreement, Privacy Policy and Data Use Policy. The material on this site may not be reproduced, distributed, transmitted, cached or otherwise used, except with prior written permission of Futurism. Fonts by Typekit and Monotype.