"It just raises the level of potential catastrophe to a level that nobody wants to see." 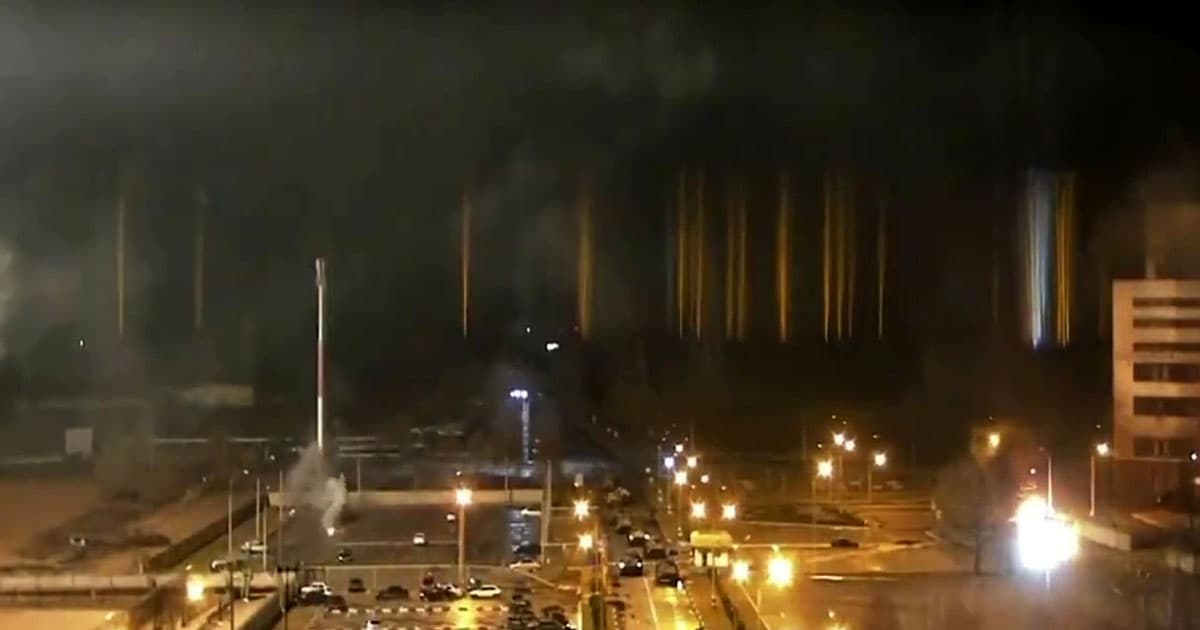 Parts of the station caught fire, but fortunately firefighters were able to control the blaze hours later, Reuters reports.

Experts say the Zaporizhzhia plant is very unlikely to experience a Chernobyl-level meltdown, but the callous act was immediately denounced by the international community.

"It just raises the level of potential catastrophe to a level that nobody wants to see," Pentagon spokesman John Kirby told CNN, as quoted by Reuters.

The imagery was dystopic and very online, with thousands on social media tuning into a livestream of the nuclear plant blazing while a battle raged with Russian tanks.

One reactor of the station was working only at 60 percent capacity, according to Reuters. But experts say that in all likelihood, many levels of safeguards built into the plant's design will prevent a catastrophe.

"Nuclear power plants are highly robust by design," nuclear energy consultant Jeremy Gordon explained in a tweet. "The reactor is housed in a reinforced concrete building with a structure inside called a containment."

The building "is also designed to protect the reactor from outside impacts," he added. "It is obviously not designed to withstand direct attack, but it is very, very strong indeed."

Symbolically, though, the decision to attack a nuclear plant was seen as an extraordinary transgression by Russia. Ukraine president Volodymyr Zelensky even referenced the Chernobyl tragedy in a statement.

"Russian tanks, equipped with thermal imagery, are shooting at the atomic blocks," he wrote in a post, as quoted by CNN. "They know what they are shooting at. They've been preparing for this."

Rumors "going around that an accident at Zaporizhzhia would be 'ten times worse than Chernobyl' are absolutely irresponsible rubbish for two very important reasons," Gordon added.

"Chernobyl was a stupid design with no containment," and "Zaporizhzhia reactors have containments," he said.

To be very clear, the fact that the nuclear plant was better protected does nothing to underscore just how reckless last night's attack was. Firing at a nuclear fire station — and even reportedly blocking firefighters from trying to control the flames — is a deranged escalation of an already unconscionable invasion.

More on Ukraine: Elon Musk Warns That Russia May Be Spying on Starlink Connections

Read This Next
Burning Bridges
Elon Musk Says He Can't Give Free Starlink to Ukraine Anymore After Officials There Were Mean to Him
Read the Room
Elon Musk Fans Horrified as He Suggests Ukraine Give in to Putin's Demands
Finger Pointing
Russia Warns That Nuclear Plant It Captured May Leak Waste Over Europe
Sobering News
Ukrainian Hackers Allegedly Cut Off Russian Soldiers' Beloved Vodka Supply
Hell on Earth
Internet Aghast at AI Facial Recognition Used to Identify Dead Russian Soldiers
More on Future Society
Primate Theft
8:00 PM on the byte
It Was a Very Bad Weekend for Monkeys Being Stolen From Zoos, Apparently
Ring The Alarm
3:40 PM on the byte
Whistleblower Claims Facebook Can Secretly Drain Your Phone's Battery on Purpose
I Silence Thee
Jan 28 on futurism
Leaked Messages Seem to Show Elon Musk Using Twitter to Punish His Enemies
READ MORE STORIES ABOUT / Future Society
Keep up.
Subscribe to our daily newsletter to keep in touch with the subjects shaping our future.
+Social+Newsletter
TopicsAbout UsContact Us
Copyright ©, Camden Media Inc All Rights Reserved. See our User Agreement, Privacy Policy and Data Use Policy. The material on this site may not be reproduced, distributed, transmitted, cached or otherwise used, except with prior written permission of Futurism. Articles may contain affiliate links which enable us to share in the revenue of any purchases made.
Fonts by Typekit and Monotype.