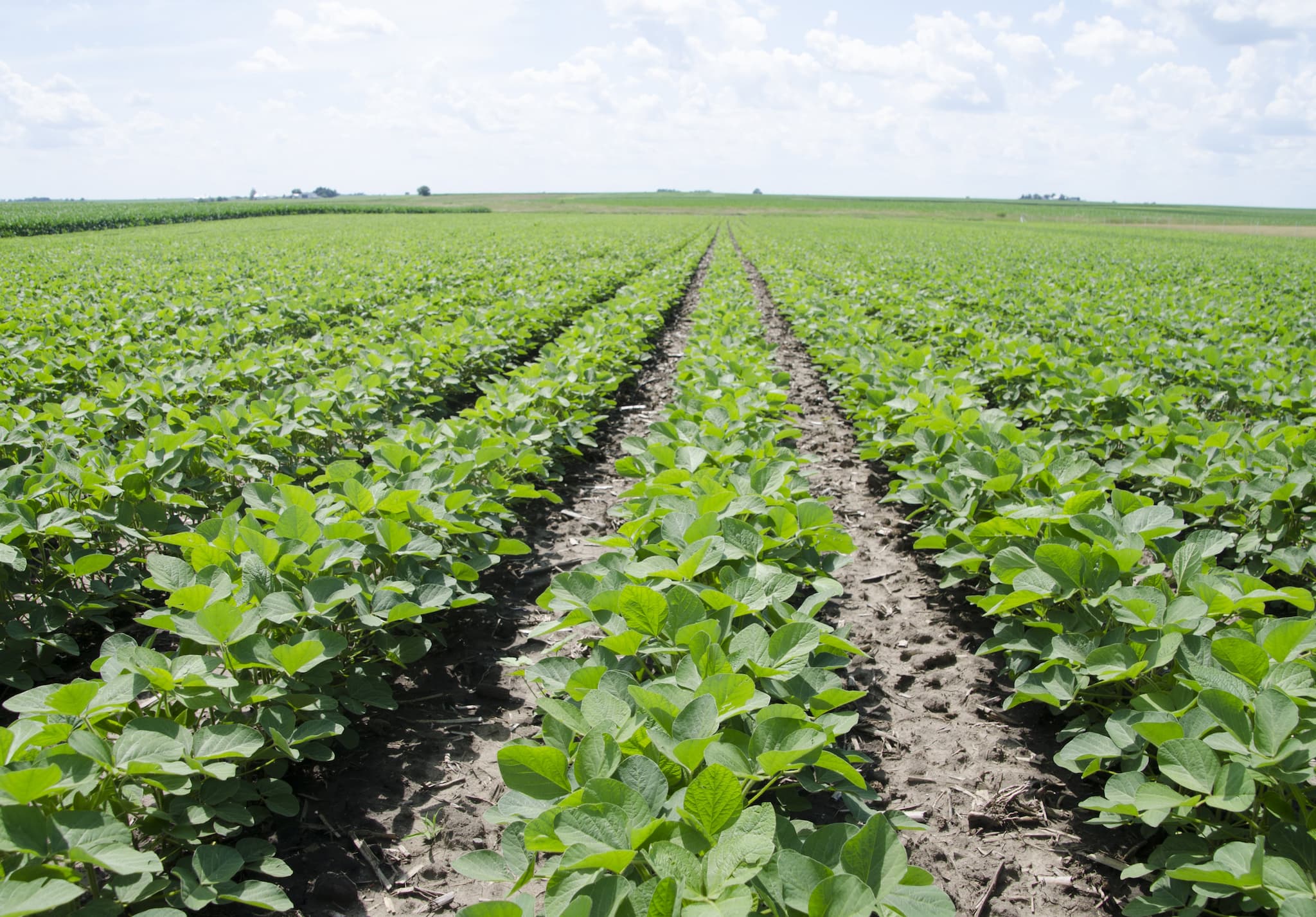 The King of Beans

Soybeans are an important source of oil, protein, fiber, and vitamins. Worldwide consumption of soybeans amounts to nearly 11 million tons, with almost 75 percent going into feed for livestock. The "king of beans" is incredibly valuable to food security.

Now, Washington State University biologist Mechthild Tegeder has designed a way to increase the plant produce, yielding up to 36 percent more seeds. Tegeder and Amanda Carter, a biological sciences graduate student, developed a way improve the soybean plants by adding proteins that increase the flow of nitrogen to its seed-producing organs.

Traditional plants rely on usable nitrogen already in the soil, or imparted by artificial fertilizers. Legumes, like the soybean, have a natural way of furthering nitrogen flow: they contain nitrogen-fixing rhizobia bacteroids in their root nodules. Tegeder increased the proteins that transport nitrogen from rhizobia to the other parts of the plant.

There was an overall improvement in the soybean plant, reported Tegeder. "They are bigger, grow faster and generally look better than natural soybean plants," Tegeder said. "Some evidence we have suggests they might also be highly efficient under stressful conditions like drought."

"The biggest implication of our research is that, by ramping up the natural nitrogen allocation process, we can increase the amount of food we produce without contributing to further agricultural pollution," Tegeder said. "Eventually we would like to transfer what we have learned to other legumes and plants that humans grow for food."

More than 795 million people in the world do not have access to sufficient and nutritious food. To feed the world is a massive sociopolitical responsibility, and will take strides from many government organizations, academicians, and corporate industries. A revolution in farming, transportation, food processing, and even pricing and distribution is also necessary.

While amping up soybean production—or in general, increasing the agricultural output—isn't the ultimate answer to food security, it's a great step towards it.

Plus, it's good news for soy milk and tofu lovers.

Read This Next
Pig Heaven
Assault Rifles Won't Solve Your Feral Hog Problem, Say Scientists
Super Old Vintage
Wine Grapes Haven’t Changed Much Genetically Since Ancient Rome
Futurism
Hacking a Cow's Gut Bacteria Could Make More Meat, Less Pollution
Futurism
By Tweaking a Single Gene, Scientists Trick Plants Into Being More Water-Efficient
Futurism
European Union Likely to Ban Common Insecticides to Save the Bees
More on Earth & Energy
Shark Smile
Yesterday on the byte
Influencer Fined for Eating Endangered Great White Shark
Imagine Dragons
Monday on the byte
Miners Say "Sorry" for Losing Highly Radioactive Object Along Highway
Rock Battery
Jan 28 on the byte
Researchers Successfully Turn Abandoned Oil Well Into Giant Geothermal Battery
READ MORE STORIES ABOUT / Earth & Energy
Keep up.
Subscribe to our daily newsletter to keep in touch with the subjects shaping our future.
+Social+Newsletter
TopicsAbout UsContact Us
Copyright ©, Camden Media Inc All Rights Reserved. See our User Agreement, Privacy Policy and Data Use Policy. The material on this site may not be reproduced, distributed, transmitted, cached or otherwise used, except with prior written permission of Futurism. Articles may contain affiliate links which enable us to share in the revenue of any purchases made.
Fonts by Typekit and Monotype.