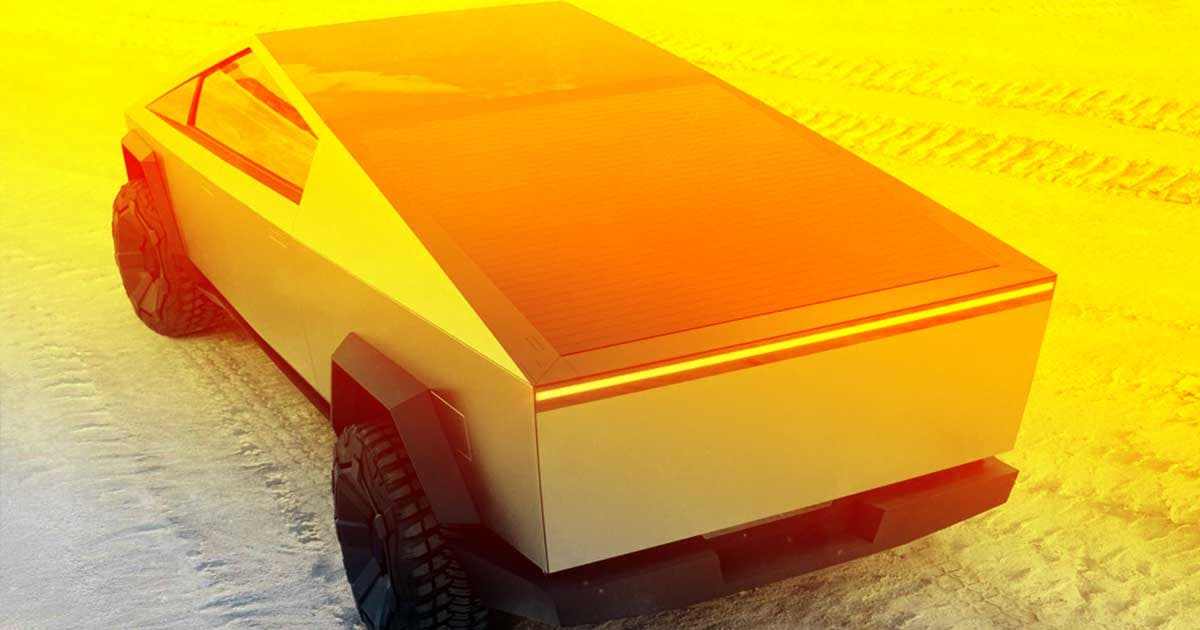 "Adding fold out solar wings would generate 30 to 40 miles per day."

"Adding fold out solar wings would generate 30 to 40 miles per day."

And while we're all still trying to digest its extremely polarizing design, Musk's mind is already racing far ahead — imagining a bright, renewable energy-fueled future with his much-beloved truck in the middle of it.

In a Friday tweet, Musk revealed that the Cybertruck is getting "an option to add solar power that generates 15 miles per day, possibly more." And he didn't stop there.

"Adding fold out solar wings would generate 30 to 40 miles per day," he wrote.

The brand new truck's design is arguably already radical enough, with or without solar panels. But the truck could probably incorporate solar panels without much of a design departure.

And any future Tesla truck owner will likely need it. Tesla is aiming the truck squarely at an outdoors crowd, even including its very own all terrain vehicle as a future option. While Tesla's Supercharger network is second to none, electric car chargers still aren't nearly as ubiquitous as gas stations.

More on the truck:Tesla’s Cybertruck Is a Killer Deal and Nobody Is Talking About It