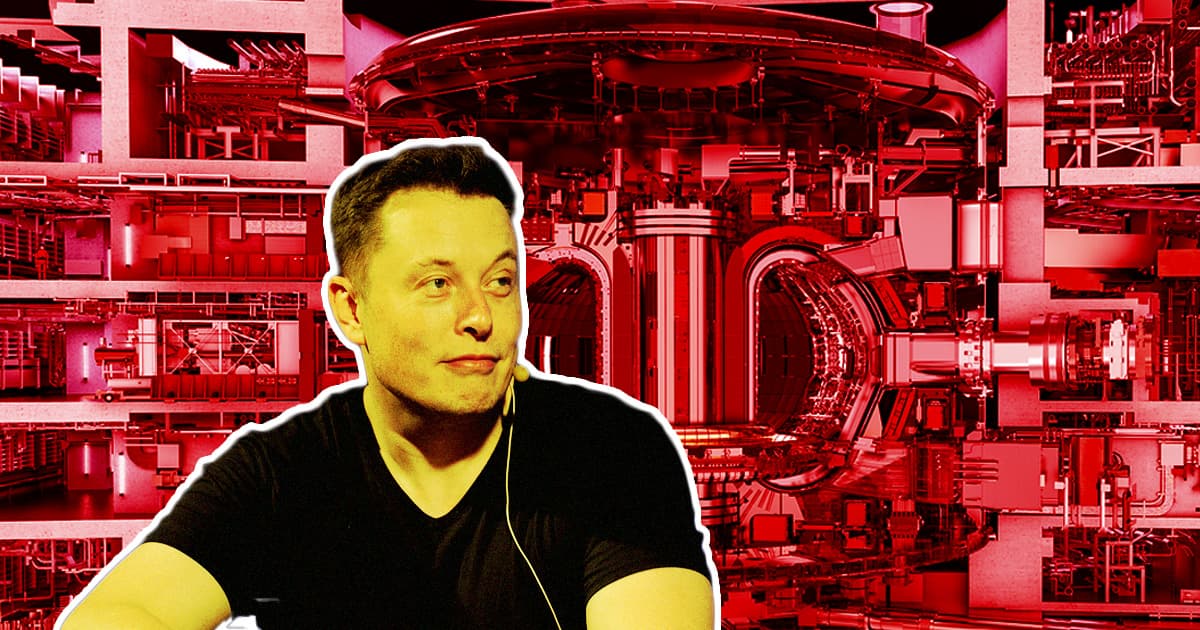 Tesla CEO Elon Musk is totally on board when it comes to nuclear energy.

The billionaire discussed the topic during this week's B-Word crypto innovation conference. "I think modern nuclear power plants are safe contrary to what people may think," he said during the conference, as quoted by CNBC. "I really think it’s possible to make very, extremely safe nuclear."

He even went as far as dismissing the idea of developing fusion reactors, the idea of harvesting energy from combining atoms, not splitting them apart. To many, fusion energy has the potential to become the ultimate form of renewable energy that doesn't come with any inherent risks of a nuclear meltdown.

"I’m talking about fission," he added. "You don’t need fusion. You’ve got that big fusion reactor in the sky called the Sun. It comes up every day."

The implication: solar panels exist, why do we need to replicate fusion reactors on Earth as well?

It's a rather unusual observation given the growing interest in the space. Even Amazon founder and fellow billionaire Jeff Bezos is helping fund fusion power initiatives these days.

Fusion Reactor in the Sky

In an October tweet, Musk claimed that the "free fusion reactor in the sky conveniently converts [roughly] 4 million tons of mass into energy every second. We just need to catch an extremely tiny amount of it to power all of civilization."

Tesla Energy, the car company's clean energy subsidiary, has a vested interest after all — the company has been selling solar roofs for years.

Musk has also had to testify in court last week over a controversial deal Tesla made back in 2016. Tesla acquired SolarCity back then, a publicly-traded solar energy company that was near bankruptcy at the time.

But is Musk's dismissal of fusion energy warranted? Fusion reactors have been deceptively difficult to develop, despite recent milestones. Over decades, engineers have attempted to eek more electricity out of fusion reactors compared to the energy it took to get these reactions started in the first place.

Does that mean it should be dismissed as a pipe dream? When did that ever stop Elon Musk?

More on fusion: Jeff Bezos Is Helping Build a Fusion Power Plant in the UK