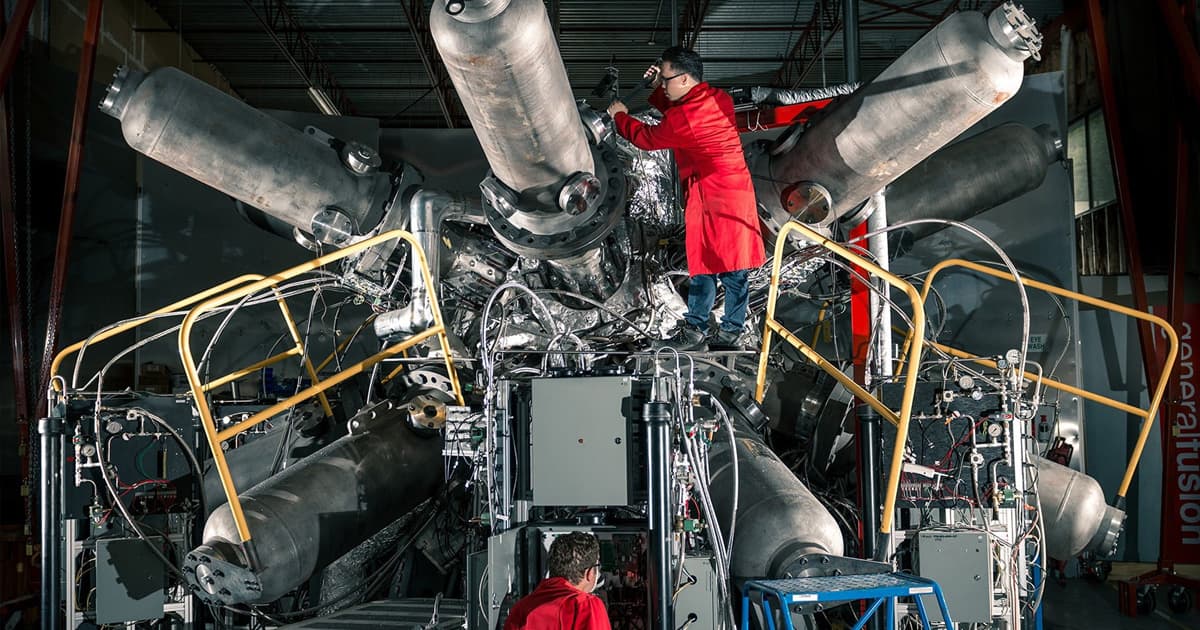 A Canadian fusion energy company is set to break ground on a large-scale nuclear fusion demonstration plant in Culham, UK — and it's being funded by one of the richest men in the world: the one and only Amazon founder Jeff Bezos, as the BBC reports.

The company General Fusion is one of many startups attempting to make fusion energy a reality. Rather than splitting atoms, the process involves fusing hydrogen atoms together under high heat and pressure inside a reactor.

The process releases copious of amounts of energy — but so far, researchers have yet to make a net gain. Getting the fusion reaction started still takes significantly more energy than what it's capable of producing.

With funding from the likes of Bezos however, the private sector has a better shot than ever in making fusion a viable alternative to other renewable forms of energy production.

General Fusion's upcoming test plant won't however be generating power. The facility, which is roughly 70 percent the size of a commercial reactor, aims to be operational by 2025, according to the BBC, and lay the groundwork for future reactors.

The company raised $100 million in its last round of funding and has also received funding from the UK government.

Its approach to fusion energy involves compressing extremely hot plasma inside a cylinder that is lined by a wall of liquid metal, a process called magnetized target fusion. The heat then is used to generate steam and spin a turbine.

For decades, scientists have attempted to establish fusion energy as a limitless low-carbon form of energy — whether the investment will end up paying off? Anybody's guess. But the basic fact of a power player like Bezos continuing to establish themselves in this space makes one thing clear: It's a question someone — and someone very important, with several nations' worth of wealth — wants answered, now more than ever.

Fusion Futility
Elon Musk Slams Fusion, Says Future of Energy Is Wind and Solar
Sep 9
Read More
Hurricane Season
Oops! Fusion Facility Keeps Failing to Recreate Last Year's "Breakthrough" Record
Jul 25
Read More
Smashing Atoms
Startup Says It's Honing in on Simple Solution for Practical Fusion Power
Jun 23
Read More
+Social+Newsletter
TopicsAbout UsContact Us
Copyright ©, Camden Media Inc All Rights Reserved. See our User Agreement, Privacy Policy and Data Use Policy. The material on this site may not be reproduced, distributed, transmitted, cached or otherwise used, except with prior written permission of Futurism. Articles may contain affiliate links which enable us to share in the revenue of any purchases made.
Fonts by Typekit and Monotype.