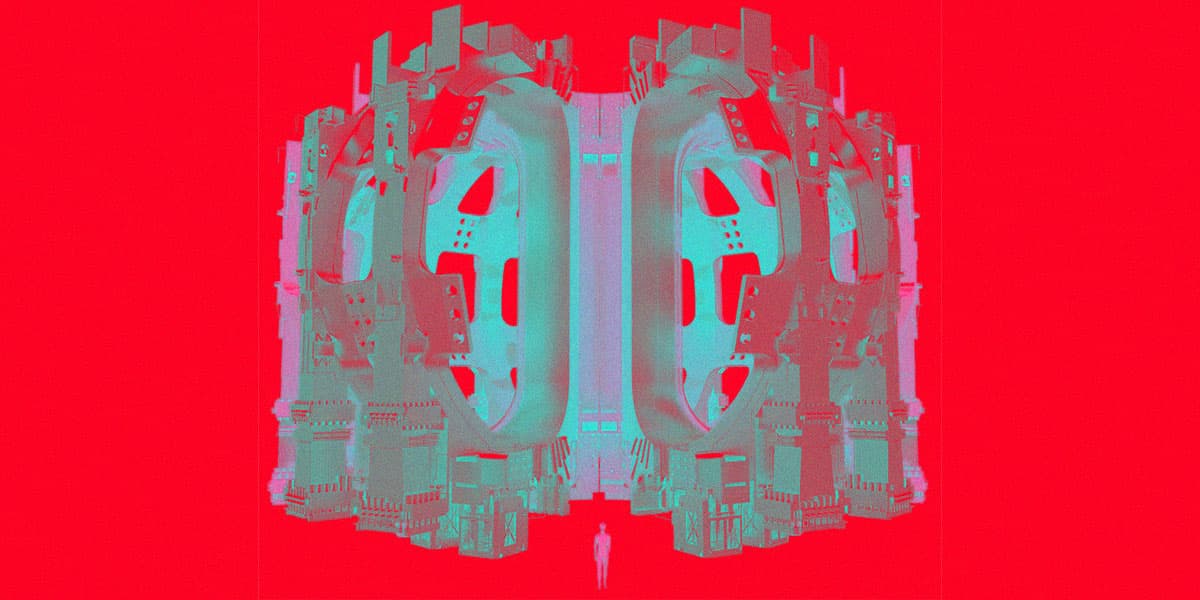 This mammoth magnet can generate a magnetic field about 280,000 times stronger than the Earth's.

This mammoth magnet can generate a magnetic field about 280,000 times stronger than the Earth's.

Engineers are shipping the world's most powerful magnet to the construction site of the world's largest experimental fusion reactor called ITER in France.

The massive 1,000 ton solenoid, a type of electromagnet that can generate controlled magnetic fields, will eventually stand just short of 60 feet tall and over 13 feet wide. It can generate a magnetic field of 13 tesla (or about 280,000 times stronger than Earth's magnetic field, according to New Scientist).

The first of six modules is now making the long trek from the General Atomics factory in California.

Scientists are hoping the mammoth magnet could one day allow ITER to produce more energy using fusion than is needed to generate the reaction.

Fusion works by fusing hydrogen atoms together to create helium atoms. The process releases tremendous amounts of energy, which can be used to generate electricity.

Unfortunately, while plenty of progress has been made over decades, it still takes far more energy to kickstart the reaction than you can get out of it at the end.

The ITER fusion reactor however, soon to be the largest of its kind, may have a shot at turning this equation on its head, potentially paving the way for an entirely new form of energy production — without running the risk of a nuclear meltdown.

The reaction inside its massive chambers will generate steam, which in turn drives massive turbines to generate power. The solenoid at its core will trap extremely hot and pressurized plasma and allow it to flow around a large ring structure.

Whether ITER will achieve the goal of producing a net gain in energy remains to be seen.  Engineers are hoping to achieve "First Plasma" in late 2025. Full-power operation is scheduled for a decade after that.