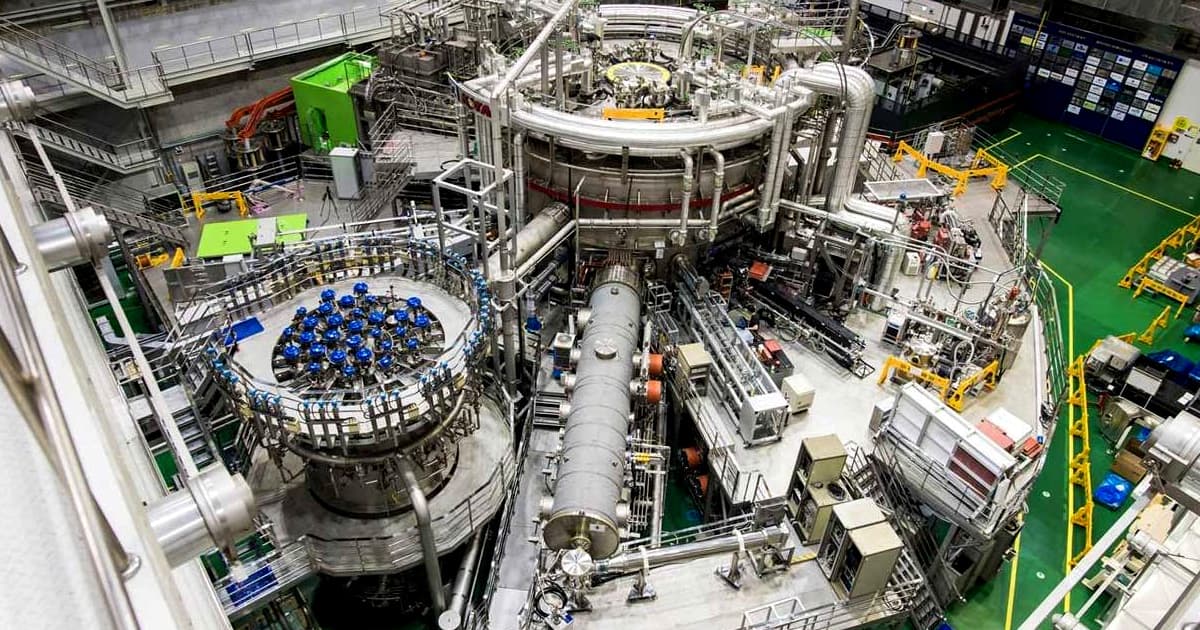 For 20 seconds, it was hotter than the core of the Sun.

For 20 seconds, it was hotter than the core of the Sun.

South Korea's fusion reactor set a new world record this week, maintaining temperatures of over 100 million degrees, hotter than the core of the Sun, for 20 seconds. That's twice as long as the previously record.

The team behind the Korea Superconducting Tokamak Advanced Research (KSTAR) pulled it off with help from Seoul National University and Columbia University.

Director Si-Woo Yoon of the KSTAR Research Center called the achievement "an important turning point in the race for securing the technologies for the long high-performance plasma operation, a critical component of a commercial nuclear fusion reactor in the future."

Making fusion energy a viable and sustainable source of renewable energy has proven challenging despite decades of research. Fusion reactions are notoriously difficult to control, as they can only occur at extremely high levels of pressure and temperature.

The ions and electrons inside the reactor can only sustain their plasma state required for the reaction to take place if these temperatures are maintained.

KSTAR has ambitious goals in mind for the reactor: maintaining 300 seconds at 100 million degrees in just five years.