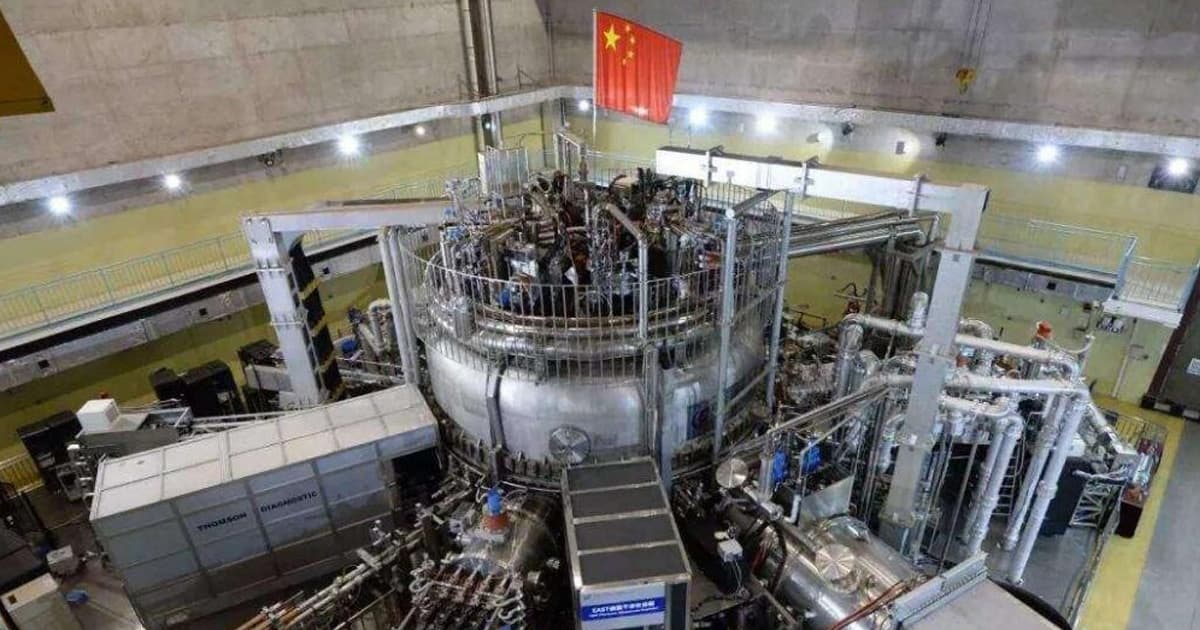 The reactor will be ten times the temperature of the core of the Sun.

The reactor will be ten times the temperature of the core of the Sun.

China has successfully powered up its "artificial sun" nuclear fusion reactor for the first time, according to Agence France Presse.

The reactor, which is the country's largest, could one day generate power without running the risk of a nuclear meltdown — or emitting greenhouse gases — by fusing atoms together rather than breaking them apart.

The technical challenges, though, are steep. The system's HL-2M Tokamak reactor needs to be heated up to ten times the temperature of the core of the Sun, or about 150 million degrees Celsius, according to the state-run Chinese newspaper People's Daily  — hence the reactor's nickname.

"The development of nuclear fusion energy is not only a way to solve China's strategic energy needs, but also has great significance for the future sustainable development of China's energy and national economy," the People's Daily wrote, as quoted by AFP.

While the news represents a meaningful step forward, achieving fusion still requires far more energy than the amount that's actually being generated — not to mention the sky high costs involved in running such a reactor.

Despite the uphill battle, the international community is investing billions in developing fusion reactors that could one day become a feasible source of energy. Engineers recently started construction on the world's largest reactor, an international collaborative effort between 35 countries called ITER, in southern France.